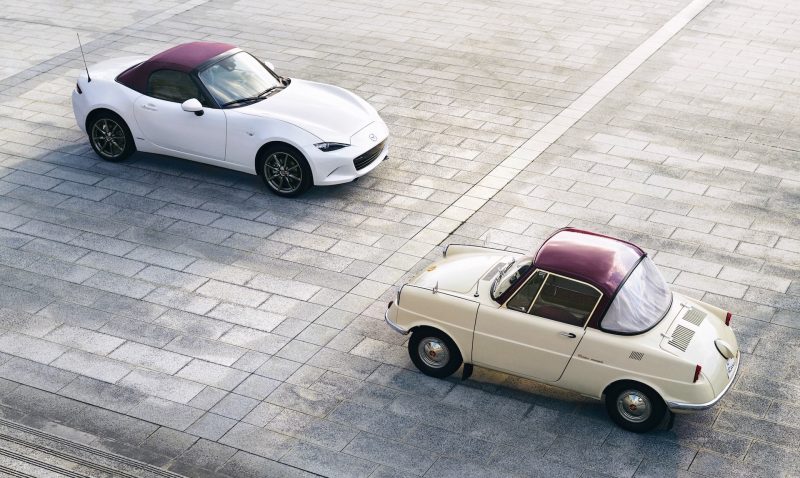 Mazda passes its 100th anniversary this year and to celebrate it is launching a range of special edition models, spanning across its entire fleet of vehicles. 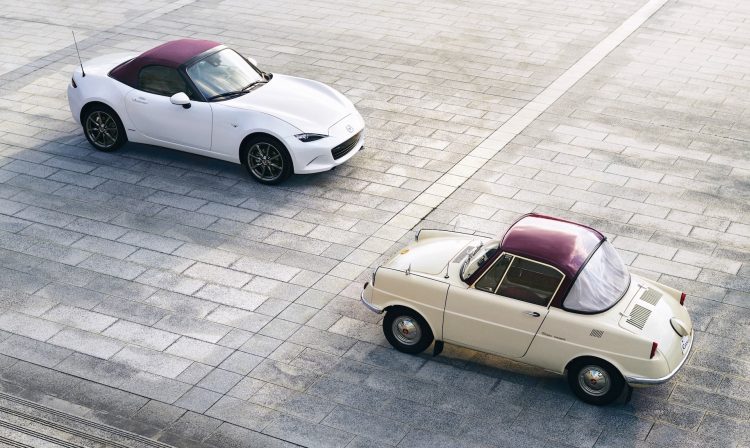 The Japanese company was founded back in January, 1920, as the Toyo Cork Kogyo company. After manufacturing machine tools and even producing rifles and weapons during World War II, the company produced its first full-body car in 1960. It was called the Mazda R360.

So, as part of the celebrations Mazda is launching a range of special editions inspired the R360 coupe. For example, the 100th Anniversary Special Edition of the MX-5 convertible is being launched with a white exterior and burgundy interior, matching the colour scheme of the original high-grade R360.

Other special edition models also feature this colour theme, with Snowflake White Pearl Mica used for the body, and a rich burgundy interior trim applied inside. The interior colour was first introduced on the Mazda3 for the leather seats, and now extends to the floor matts and carpet.

All special edition models also come with unique 100th Anniversary badges, showcasing the current Mazda logo as well as the original Toyo Kogyo logo. This is shown on the front guards, key fob, wheel caps, headrests, and on the floor matts for that exclusive touch.

Mazda Australia says the full range of 100th Anniversary Special Editions will arrive here later this year, although numbers will be limited. Buyers can register their interest on a special website here. Prices and finer local specs will confirmed later in the year.