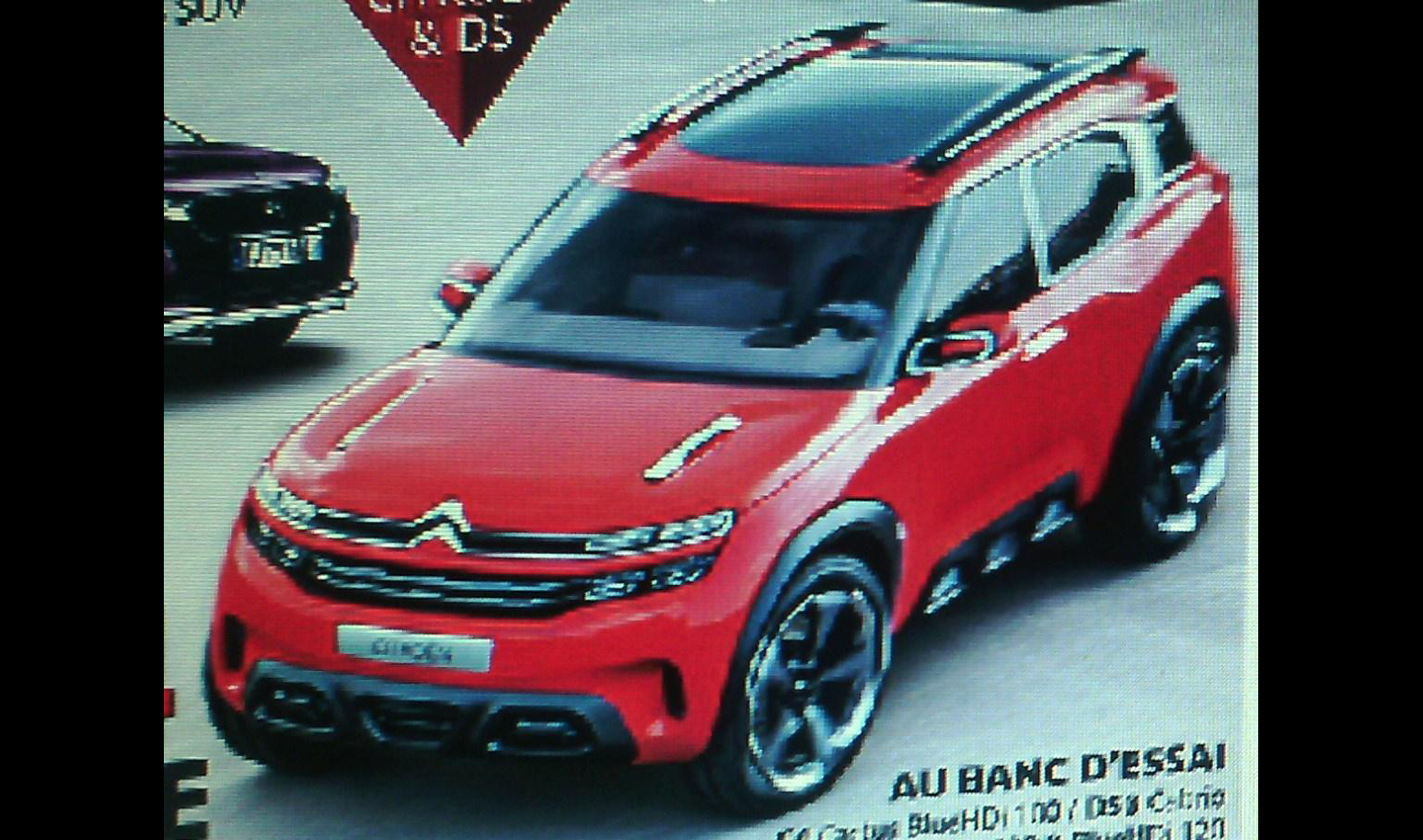 An image of a new Citroen Aircross concept has leaked online, giving us all a first glimpse at a potential upcoming small SUV. 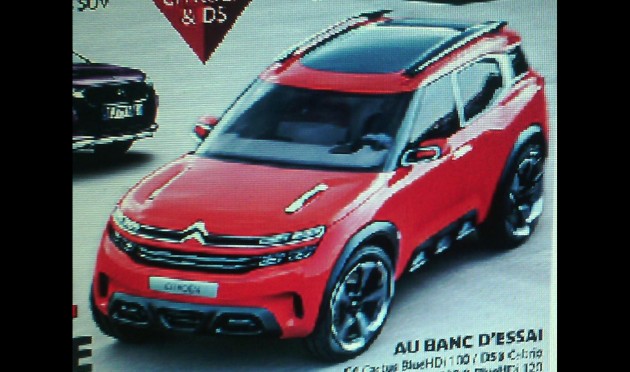 Officially, the French company has only released a teaser image (below) of the new concept showing the unique dual-LED headlight arrangement at the front and some of the sculpted bonnet.

In this leaked image, first appearing in a l’Automobile magazine, we get to see the complete picture. It reveals quite a smart and modern-looking SUV layout with robust under-sections at the front and sides, a perched up cabin, and a big glass roof.

The new Aircross is set to borrow some inspiration from the C4 Cactus given it shares a similar front end. From there, we can expect a four-wheel drive running gear underneath and a range of turbo-petrol and diesel engines.

Citroen has remained tip-lipped about the concept, only saying, “Have you ever seen a camera on four wheels?” This suggests the vehicle will showcase some form of advanced on-board monitoring system, with 360-degree views.

At the moment Citroen offers the C3 and C4 Aircross, which are crossover-type vehicles. This new concept however looks a bit more robust and more prepared for off-road driving. All will be revealed on April 8. 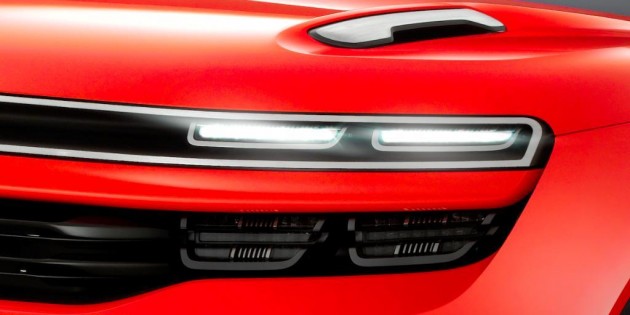