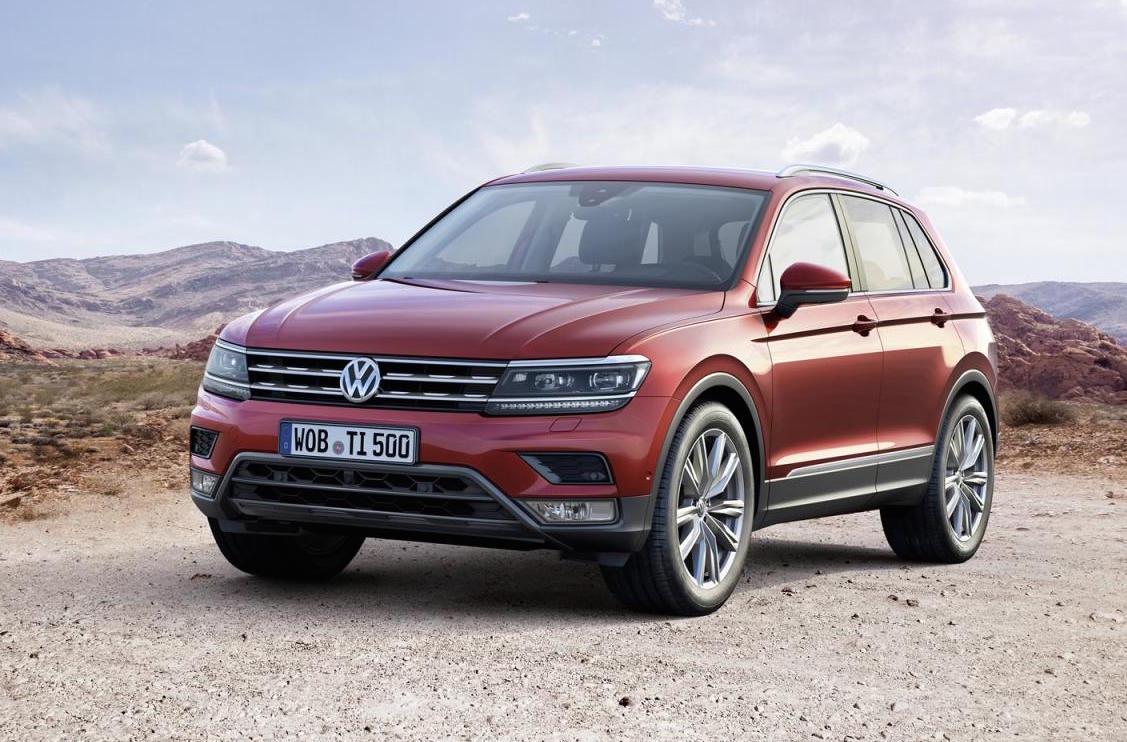 Volkswagen has unveiled the all-new, all grown up 2016 Tiguan at the Frankfurt Motor Show, which kicks off today. The new model is larger, sportier in R-Line form, and more powerful than ever before. 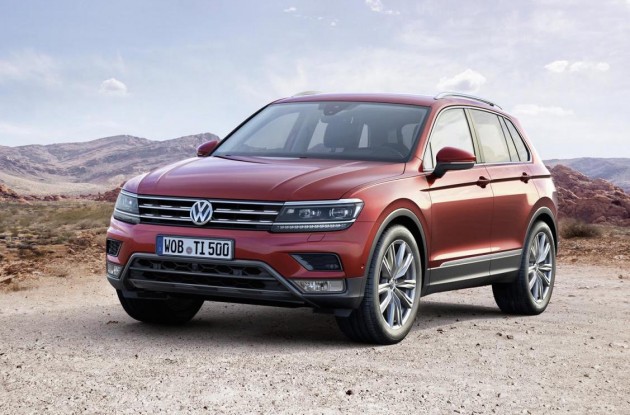 Starting with the wide variety of engines, the 2016 Tiguan will come with – depending on market region – four different TSI turbocharged petrol engines with outputs from 92kW, 110kW, 132kW, and up to a range-topping version developing 162kW (Golf GTI engine).

For the TDI turbo-diesel lineup, outputs span from 85kW, 110kW, 140kW, and to a new range-topping twin-turbo TDI generating an impressive 176kW and 500Nm. Most of these units are matched to a 4MOTION all-wheel drive system, except for the entry variants which are front-wheel drive.

The all-wheel drive system consists of a fifth-generation Haldex coupling providing maximum off-road traction. Speaking of off-roading, the ground clearance has been increased 11mm to 200mm, while the approach angle goes from 18.3 degrees to 25.6 degrees.

In terms of dimensions, the 2016 Tiguan is now 60mm longer than the outgoing version, 30mm wider, with 77mm added to the wheelbase. Despite this, the small SUV has dropped 50kg in weight. This all comes thanks to the adoption of VW’s MQB platform which replaces the old PQ35 layout.

With a larger build the new Tiguan opens up more interior space. In particular, there is 29mm in added rear kneeroom, while the cargo area is expanded by a whopping 145 litres. Cargo space is rated at 615 litres, or 1665 litres with the rear seats down.

Camping and caravan enthusiasts will be excited to hear the towing capacity has been lifted from the outgoing 2200kg TDI rating, to a more desirable 2500kg. This matches some heavy-duty 4×4 utes.

As for the interior, Volkswagen has infused a typical clean and clutter-free layout which seems to borrow from the Mk7 Golf. Standard is a 5.0-inch touch-screen interface, while higher grades get an 8.0-inch system with sat-nav, and Apple CarPlay and Android Auto support. A 12.3-inch digital instrument cluster has also been added, while a seven-seat option is set to join the range later down the track.

Volkswagen Australia is yet to confirm the local lineup details. We hope we get the 176kW TDI and 162kW TSI models. It’s set to arrive on the market next year.