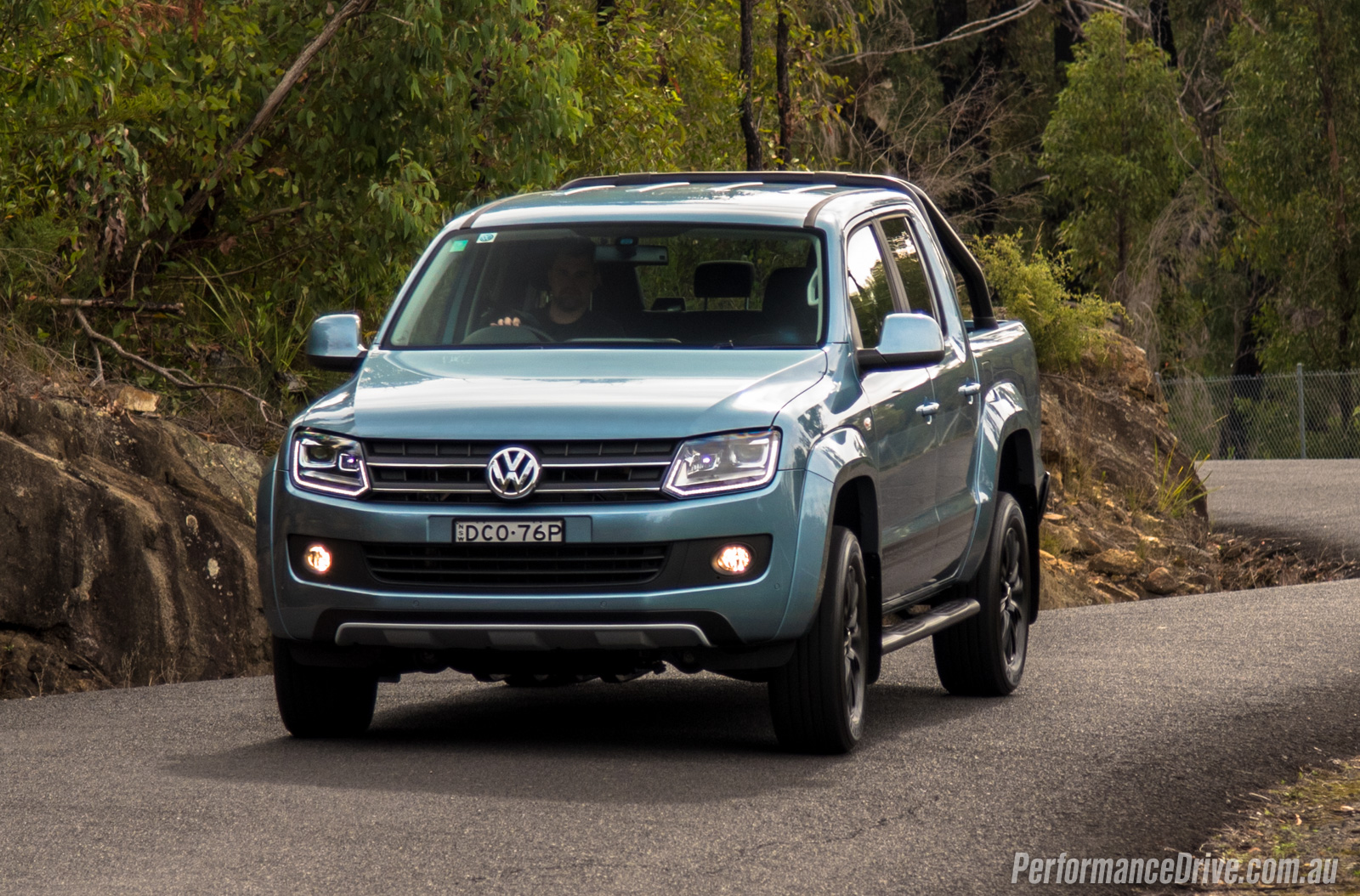 The 2016 Volkswagen Amarok competes in one of the fiercest and most competitive growth segments of the Australian vehicle market; the pickup utility sector. This makes it very difficult for any fresh carmaker to come in and take a slice of the pie. In terms of sales and volume, the Amarok lags behind HiLux, Ranger, Colorado, Navara, D-Max, Triton and BT-50, taking just six per cent market share so far this year (through April). 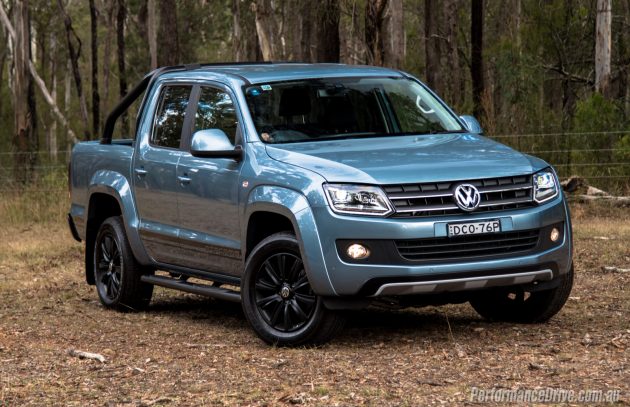 This probably has more to do with the loyalty of customers in this segment, sticking to the trucks they know and trust, rather than the quality of the product itself. Risk-averse fleet customers in particular are strong proponents of the ‘if it ain’t broke, don’t fix it’ mantra.

Volkswagen has long been known for having a premium level of sophistication and polish in its products, and sought to bring this to the ute market in 2010. Since then, it received some unfortunate press for gearbox and diesel engine woes. Volkswagen Australia announced earlier this year that the Amarok would be the first model line locally to kick off recalls related to the emissions scandal as well. These factors may have discouraged sales.

To splash some positivity into the showroom the company has released 500 special edition “Atacama” Amaroks. This is one of them. They are based on the top line TDI420 double cab. So, can the Amarok still keep its head above water even with the aforementioned hurdles? And does the Atacama make it a more attractive option? 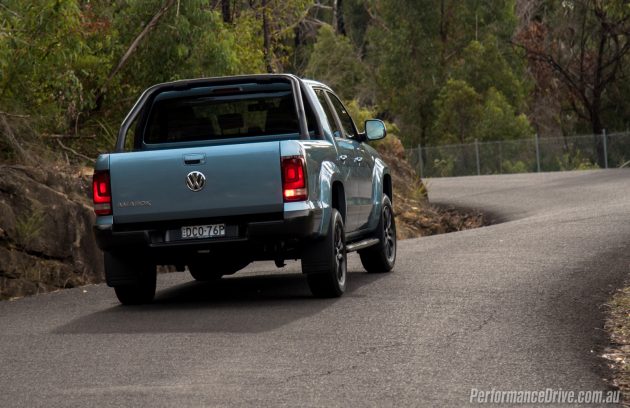 From the outset, the Amarok has a lot going for it. The slab-sided shape looks great and allows generous dimensions in and out, particularly in the tray. It is the biggest-in-class at 1620mm wide, and the only ute which can fit a full-sized pallet. It has the biggest-in-class overall width as well, at 1954mm, resulting in exceptional rear seat room and overall cabin space.

Inside, you find a level of refinement and neatness not seen in any other competitor. Granted, the materials are harder-wearing but switchgear and corporate gearlever and steering wheel shared with the Golf do plenty to lift the ambience of the interior. The dual-zone climate control works well without fuss, while the dials are logical and easy to read. Auto up and down windows are a delightfully unexpected feature in this arena, while global close just takes that unfair advantage even further.

The Atacama seats feature an interesting diamond crosshatch pattern and offer plenty of adjustment for a very commanding driving position. It feels very upright and van-like, in a good way. Cushioning is soft and absorbent, so they are suitable for long journeys too.

A small infotainment screen with funky stylised circles can be distracting to operate on the run, especially when trying to change radio station or input navigation. Speaking of which, the navigation display is an ugly brown 8-bit affair. Audio quality from the six-speaker stereo is up there with the best, though. The upcoming facelifted Amarok will incorporate a larger screen and neater trapezoidal vents with material improvements, but even so this has to be one of the best in the class for ergonomics, simplicity, and comfort.

Servicing intervals are every 15,000kms or 12 months, with an average cost of $628 over two years, which is on the pricier side of the class. Details such as the shower light in the tray are the kinds of things you don’t see in the predominantly Thai-built competitors; in fact the Amarok is sourced from the Skoda factory in the Czech Republic.

Volkswagen has included bi-xenon headlights and LEDs, a spray-on tubliner, 18-inch ‘Durban’ black alloy wheels, and an anodised black sports bar and side-step package for the Atacama. These special edition utes retail from $53,990 for the TDI 400 with a six-speed manual, and from $56,990 with the only eight-speed automatic in the class. The auto allows the engine to produce 20Nm more. Four colours are available including this dazzling Horizon Blue. 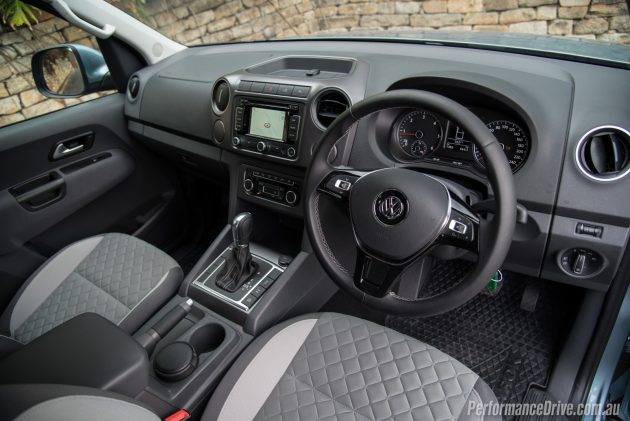 The 2.0-litre 132kW, 420Nm twin-turbo diesel bursts into life with a remarkable absence of clatter. It remains quiet and effortless all the way up to cruising speed and beyond, teaming with the almost luxurious eight-speed gearbox to give you effortless power whenever you need it.

The Amarok really puts most, if not all of its rivals to shame when it comes to road manners, refinement, and overall handling. Ride quality is better than it has any right to be, with no squeaks or bump-steering histrionics that can characterise other utes. Off-camber corners, which have seen rivals like the Nissan Navara’s and Mitsubishi Triton’s ESC struggling to tame wheelspin, don’t even begin to test the Amarok’s power-down capabilities.

Despite clearly not being a very aerodynamic car, it is hushed and effortless at freeway speeds, remaining solid and planted and unaffected by powerful cross-winds. We are glad VW has maintained a hydraulic steering setup here, as the feel and feedback levels are very confidence-inspiring and organic (for a ute). Even in car parks, it doesn’t feel overly heavy or truck-like at all – though you do have to be mindful of its tremendous size.

The new turbo-diesel V6 engine, which is coming in the 2017 facelift, should take the Amarok to another level, but this is not an area in which the current model suffers. Peak power is respectable, especially for a 2.0-litre engine (most rivals are larger) and the torque is about average too. But it’s the Germanic directness of the power delivery that makes it feel like it has more grunt than the figures suggest. We timed 0-100km/h in 11.3 seconds, and fuel economy is quoted at 8.3L/100km and we saw it sit in the mid 9s most of the time. If you’re turned away from the Amarok simply because it has a ‘2.0-litre’ engine, you really need to take it for a test drive and see for yourself; it actually puts some of the bigger-capacity utes to shame in terms of performance.

Braking performance is decent enough, with the ABS taking a second to react. This is not worrisome or below class average though, considering it wear big 265/60 tyres. The 3.0-tonne towing capacity, while adequate, isn’t at the class benchmark 3.5-tonne capacity. Speaking of class benchmarks, the Amarok is a member of the ANCAP five-star safety club. 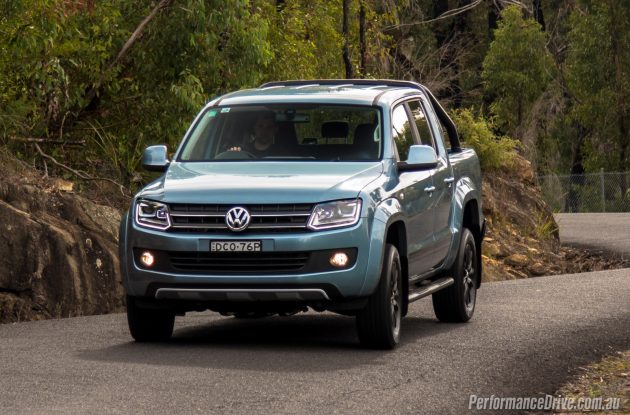 The Volkswagen Amarok really seems like a ute without compromises. It is refined, comfortable to drive, features enjoyable steering, a smart interior, best in class seat room and carrying space, plus it gets a telepathic eight-speed gearbox. It blurs the line between premium passenger cars and commercial vehicles. The Atacama package adds visual enhancements that give off the aura of a European luxury car. We highly recommend checking it out if you’re in the market. We think it deserves to be selling in much healthier numbers than it currently does.