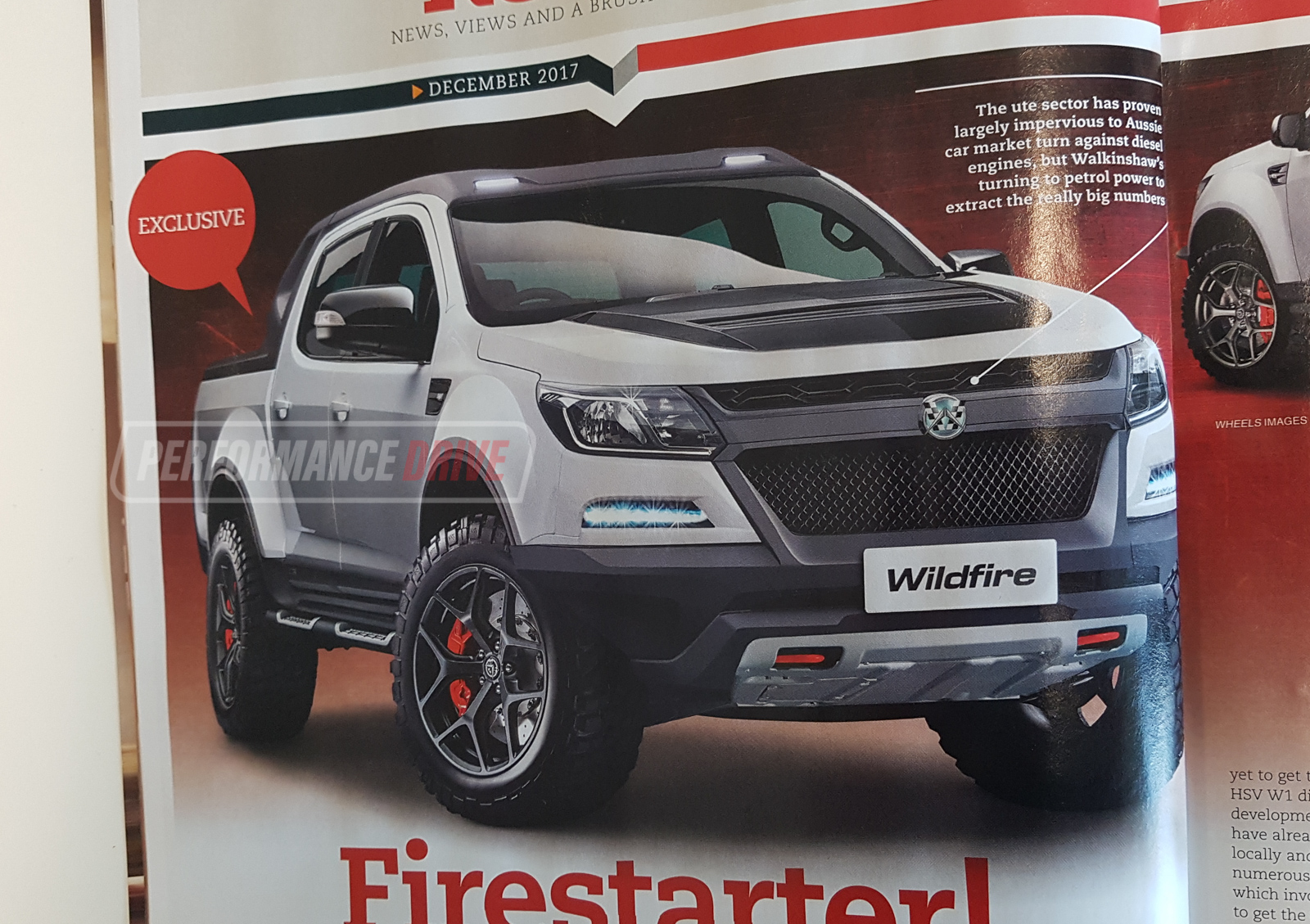 While Ford has Mustang and soon the Ranger Raptor, Holden doesn’t currently offer a performance car for enthusiasts – excluding the potential Holden Camaro. This is set to change though with word of a hotted-up Colorado on the way, by HSV/Walkinshaw. 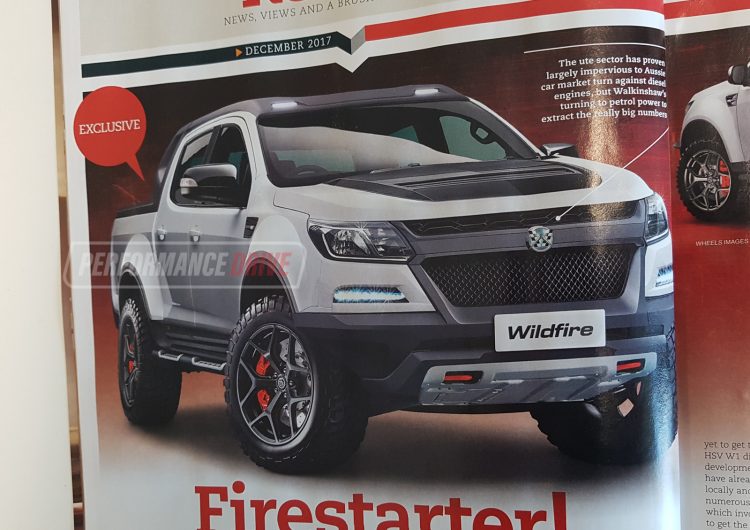 Holden Special Vehicles doesn’t currently offer any new models now that the locally-produced Commodore is out of production. The performance firm has confirmed it is planning to stick around but it hasn’t come up with a product timeline. Well, not anything that it wants to reveal to the public.

According to the latest issue of Wheels magazine, Walkinshaw Group (the parent company of HSV), there is a performance ute coming, known as the Wildfire. The report says Walkinshaw is looking to remove the standard 2.8-litre turbo-diesel four-cylinder and replace it with a twin-turbo V6.

Specifically, the relatively new LF3 3.6-litre twin-turbo petrol V6 that debuted in Cadillac models in the US. In those it produces 313kW and 583Nm, which, in the Colorado-based Wildfire, should translate to impressive acceleration and off-road performance.

It’s understood the Wildfire project won’t be just about engine power. Some proper performance components are also likely, such as multi-piston brakes, hardcore heavy-duty suspension, and a completely revamped interior compared with the regular Colorado – we can probably turn to HSV’s last models for some indication on what to expect in the interior department.

As depicted here in speculative renderings, the Wildfire is also likely to adopt a custom bodykit with bulging wheel arches, unique wheels, and plenty of black trimmings to give it a fashionably sinister look.

At this stage it’s believed Walkinshaw is still engineering the package and fine-tuning the Cadillac engine for local conditions, and to suit the Colorado’s commercial underpinnings. It apparently hasn’t been given the official green light just yet. 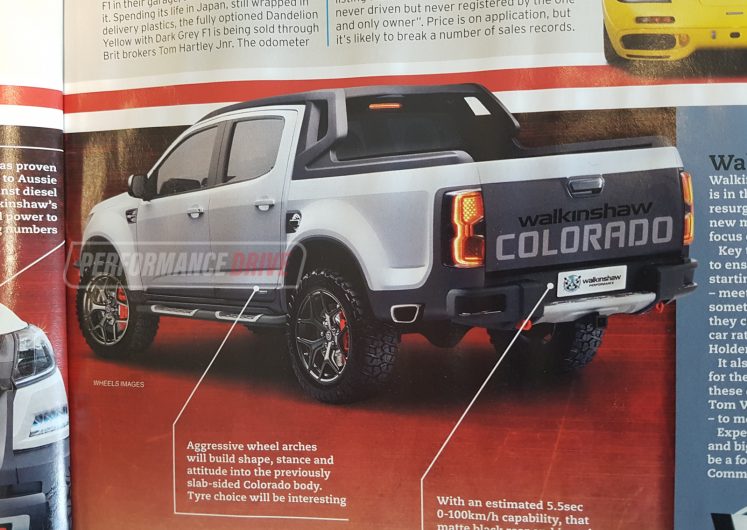