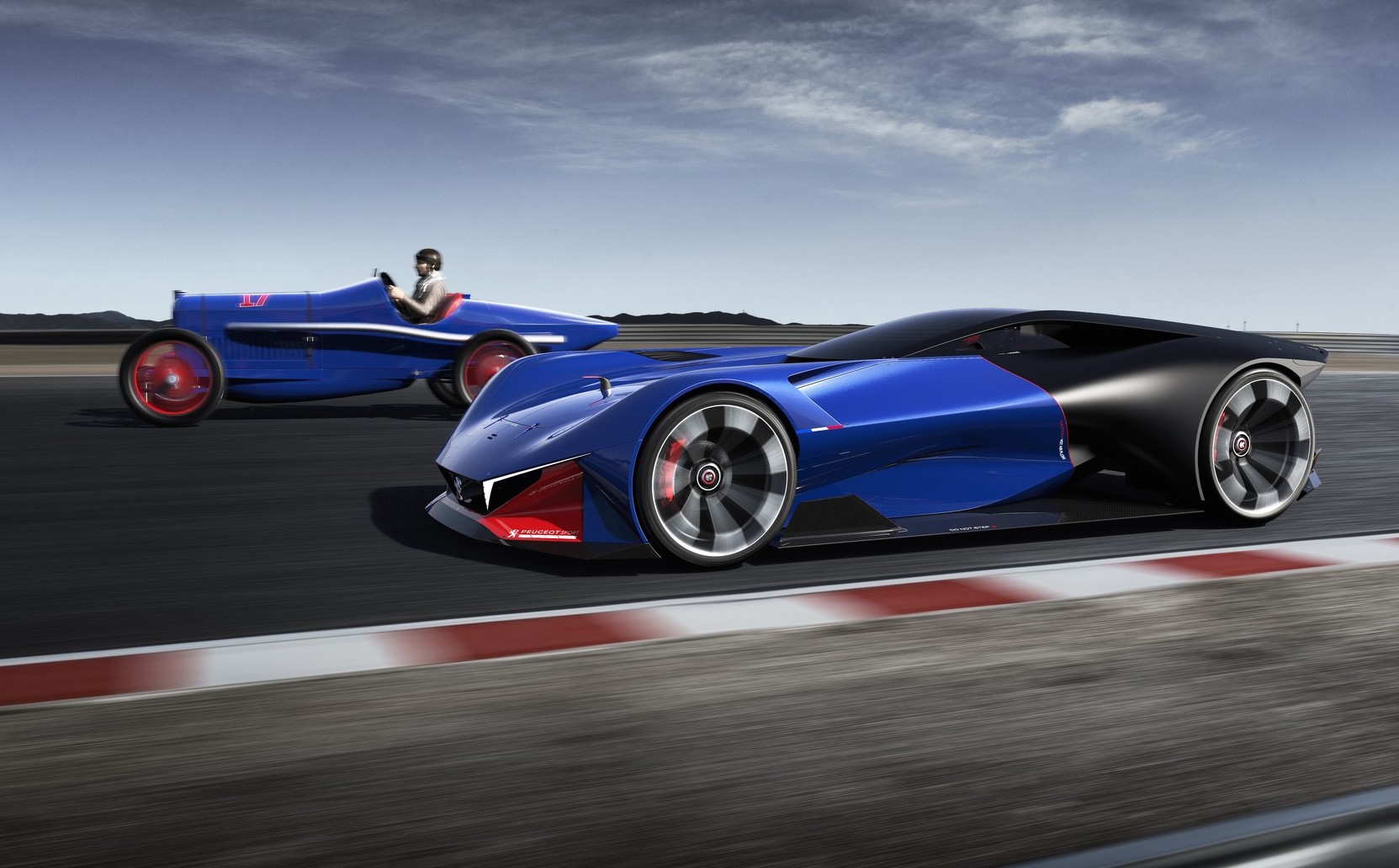 Peugeot has shown an outrageous and futuristic concept dubbed the L500 R Hybrid, to commemorate the 100th anniversary of the French lion’s 1916 Indianapolis 500 victory. 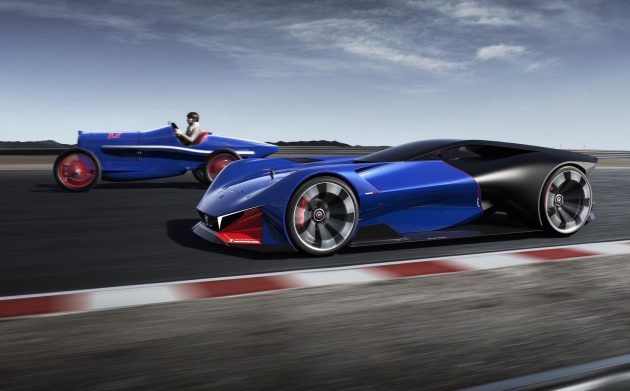 Finished in the same blue colour as the race-winning L45 of a century ago, the concept features a jet-fighter inspired interior with two holographic displays. It sits under a metre tall, weighs under a tonne, and combines a 200kW 1.6-litre turbo-petrol motor with two electric motors which have a combined output of 367kW and 730Nm.

Flat out the crazy concept conquers 0-100km/h in just 2.5 seconds, and passes the 1km mark in 19 seconds. Peugeot’s concept car chief Matthias Hossnan had the following to say:

“With the L500 R Hybrid we’re paying tribute to Peugeot racing exploits dating to the early 20th century. Inspired by the spirit of performance and innovation we wanted to convey a sculptural, elegant and technological view of the future of Peugeot motor sport.”

While not intended for production, it does reflect the group’s desire for a richer mix of electric and hybrid drivetrains, following PSA’s announcement of two new plug-in hybrid and electric platforms.