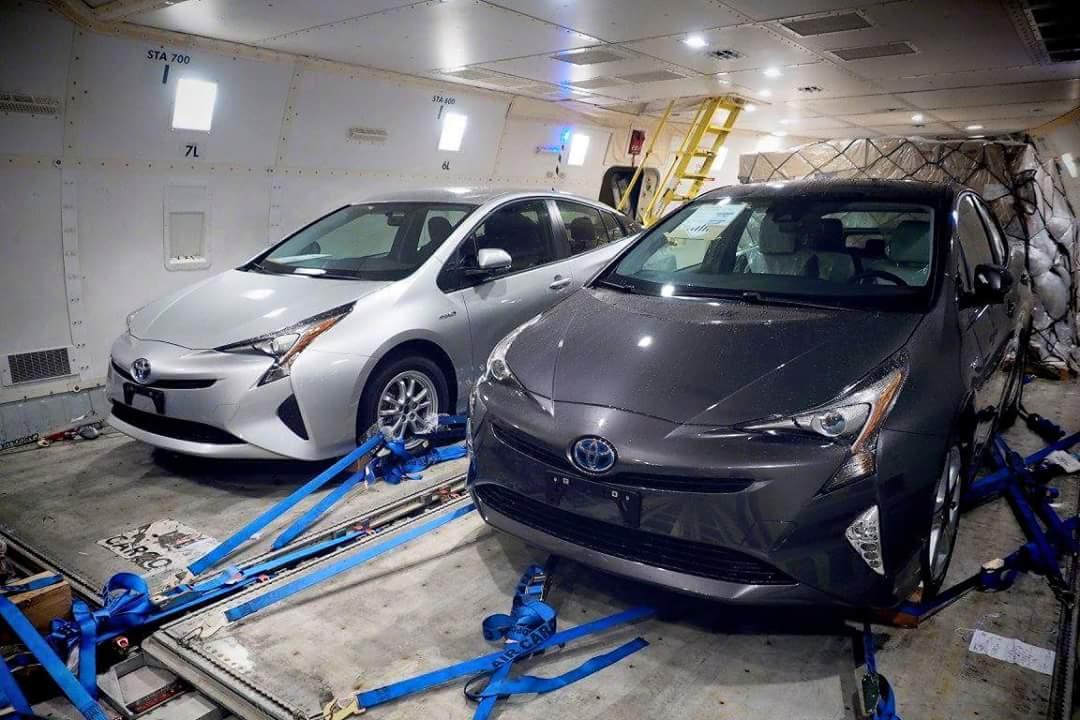 Some images of the 2016 Toyota Prius have surfaced online, showing the bodywork in full for the first time. And it looks like at least one of the earlier renderings were spot on with the design. 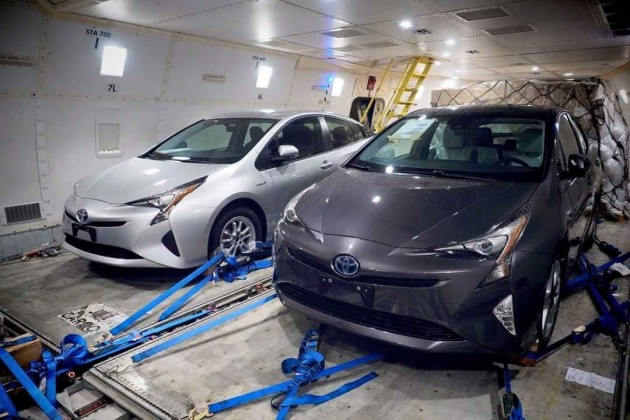 Seen here in transport, Toyota is obviously gearing up for a proper unveiling which is set to take place on September 8. At the front is a sharper and more sophisticated bumper bar with tri-directional headlights, a sloped bonnet, and raked A-pillars leading to the sleek roofline. It seems these are two different variants, with the darker grey one featuring fog lights in the corner clusters.

With the image showing the rear you can really see how swooping the roofline is, gradually leading down to the boot lid with black C-pillars. There’s also similarly sophisticated taillights, and a black central bar with a unique window piece in the middle.

The most interesting element to the 2016 Prius is what’s underneath. It uses Toyota’s new Toyota New Global Architecture (TNGA), which, as the name suggests, is the company’s latest platform that will soon be used under many of its future models.

With the new platform, weight is expected to drop by quite a bit, helping to improve efficiency and to allow the electric part of the hybrid system to do its job more easily and provide a longer electric driving range. The hybrid system is said to consist of a 1.8-litre four-cylinder and electric motor producing around 110kW.

The new model is likely to go on sale towards the end of the year for some markets, and others, such as Australia, receiving orders early in 2016. We’ll keep you updated with official details when they are announced. 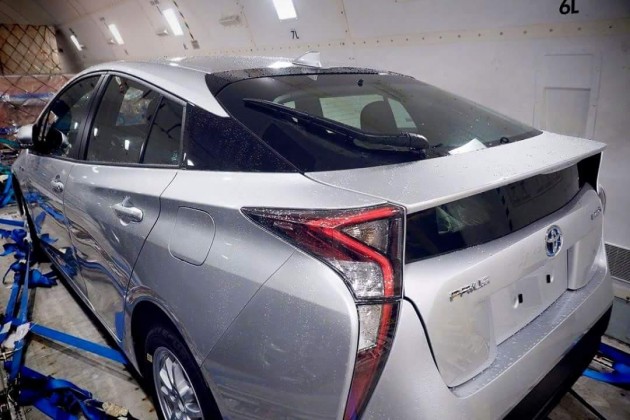