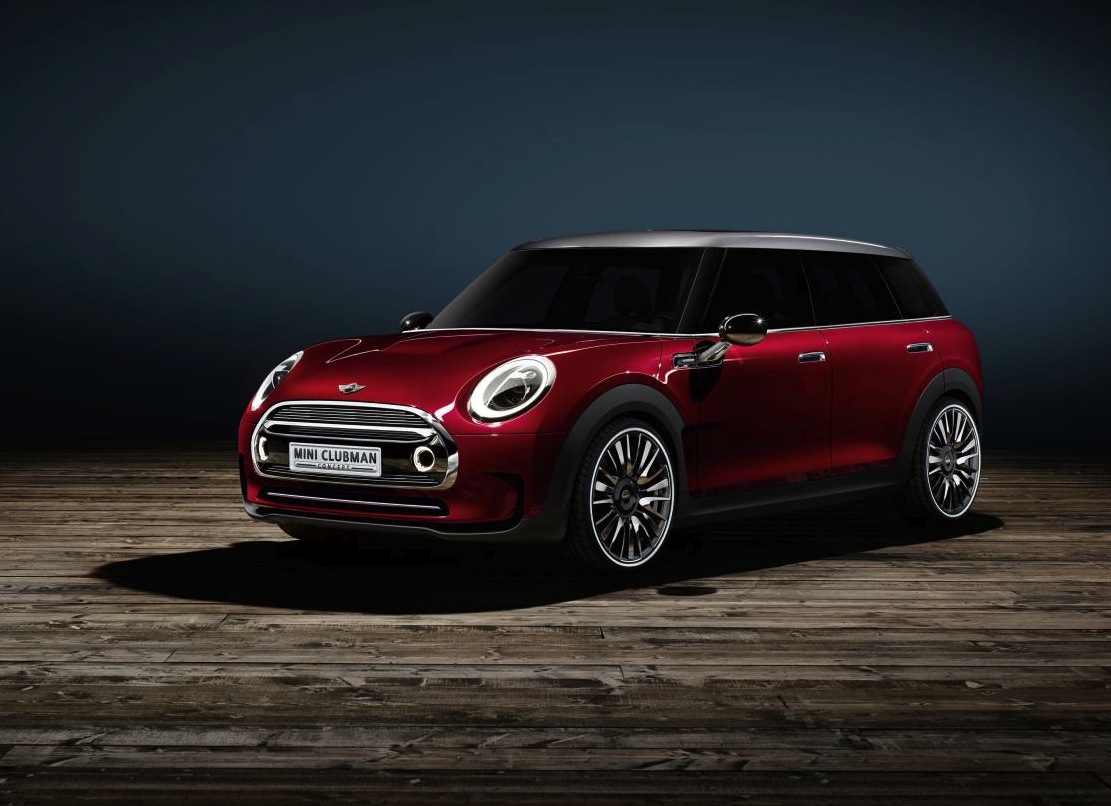 Shots of the MINI Clubman Concept have been leaked ahead of its debut at the Geneva Motor Show next week. This version comes with a host of new features compared with the existing Clubman model, all while retaining many of MINI’s iconic styling elements. 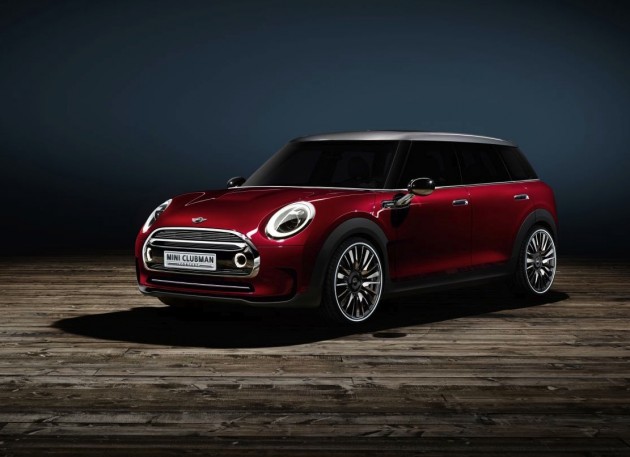 MINI has taken the Clubman’s style to another level with the latest concept, including the new-look Cooper shape, a new front grille, defined wheel arches, and brake lights integrated into the rear spoiler. The rear hatch also features a smart opening function where you can wave your foot under the rear bumper to open it up. 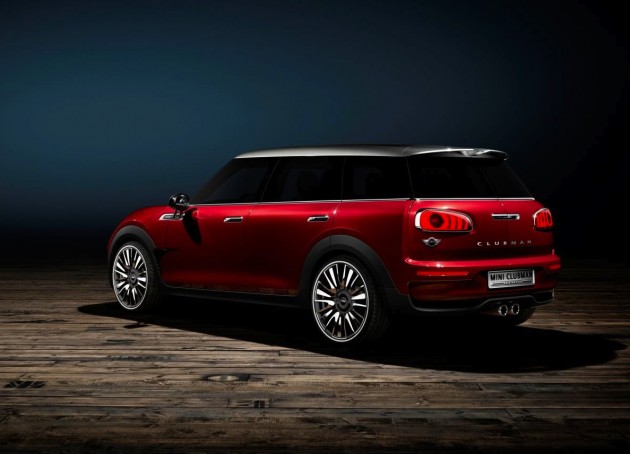 Inside, MINI claims to have made the cabin feel bigger through a series of design changes. A range of new materials have been splashed around as well, with tweed grey and black twill, and the Union Jack has been stitched on the seats and embossed on the centre console (just in case you forgot the original Mini came from Britain).

The concept previews the next-gen production version. Like the new Cooper, the Clubman has grown for increased cabin space. It’s 26mm longer and 17mm wider than the outgoing model, with more headroom and legroom expected to be on offer in the front and back. A specific cargo capacity figure is yet to be announced. 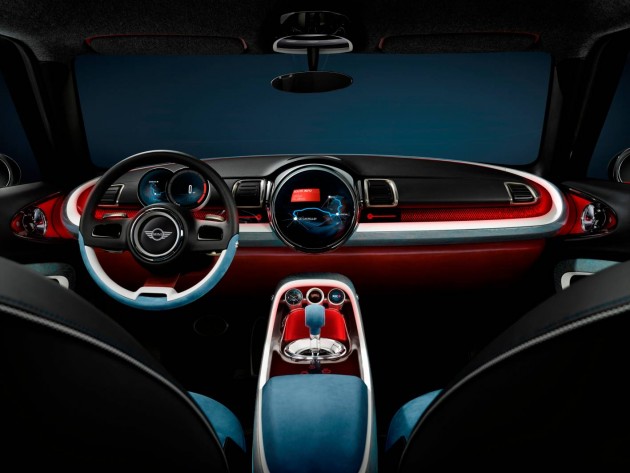