Talk about imposing. This Lamborghini Murcielago LB-R Zero Fighter by Liberty Walk Performance in Japan is by far the most aggressively styled, menacing, sinister supercar we’ve ever seen. 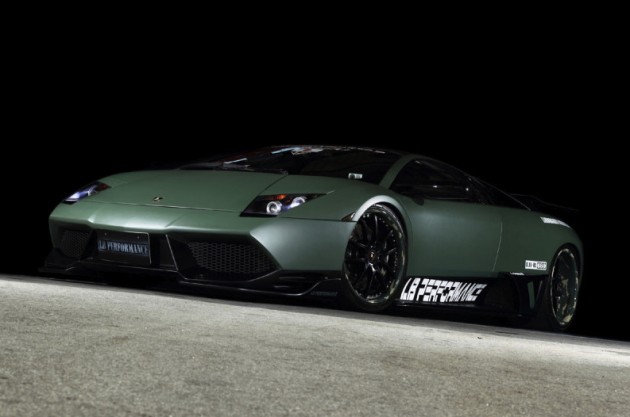 The first thing you’ll notice is the matte green army paint work which is said to be inspired by WW2 Zero Fighter air craft. The colour scheme doesn’t end at the panels either, the army theme is continued throughout the entire car.

The brake calipers are painted in army colours, so are the rims of the Werfen GT-04 wheels. The interior also features an army-theme décor with patterned seats and door trimming.

Here at PD we’re not really all that fussed about dressy bodykits but this Lambo just has to be an exception. It’s owned by Mr. Kato who is also the owner of Liberty Walk. Mr. Kato recently decided to use the car as the company’s demo project, showing off the LB Performance Type 2 bodykit.

Other highlights include a modified and slammed suspension kit and various custom styling tweaks and decals.

The big Lambo doesn’t really require any major performance upgrades under the rear hatch; it already presents a 6.2-litre V12 pumping out 427kW and 649Nm as standard.

What do you think though? Should exotic supercars be left alone? Or is it okay to enhance them if it’s tasteful and well done? 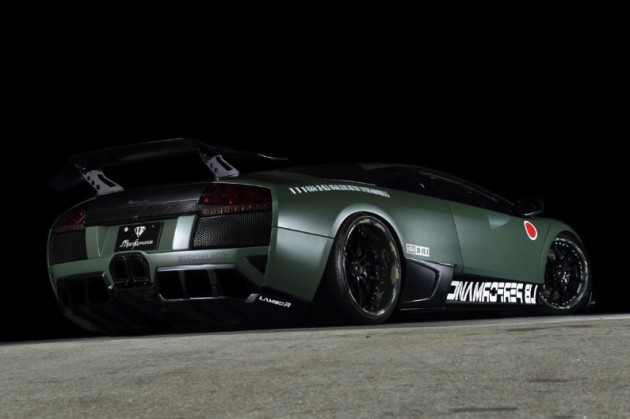