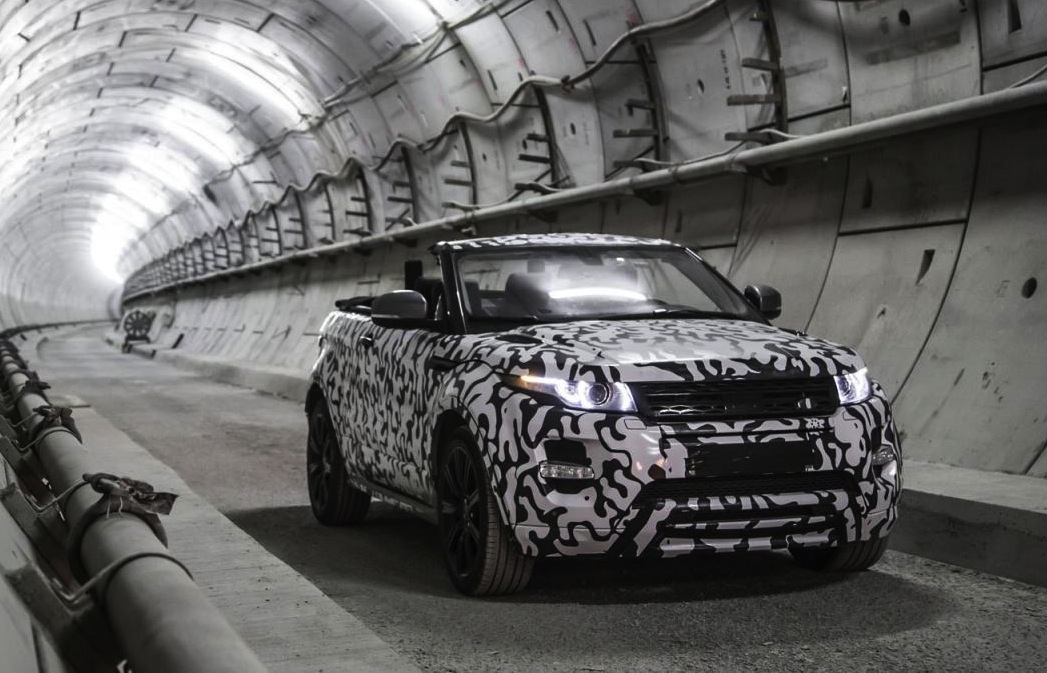 We saw a concept Range Rover Evoque cabrio a few years back, but now it has been confirmed the idea will go into mainstream production. It will become the world’s first premium compact SUV convertible. 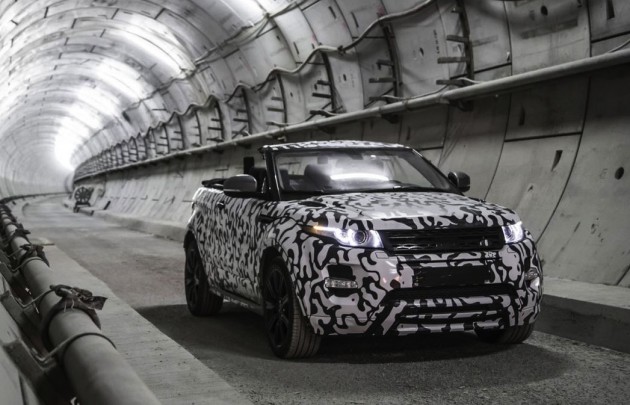 Land Rover says the Range Rover Evoque convertible will go on sale in 2016. And to pump up the excitement of the news, the company has released a strange new marketing video which demonstrates the Evoque convertible’s ability to drive on London’s underground Crossrail network.

No, it doesn’t have fold-out train wheels. Engineers wanted to see how a prototype version would handle the unfinished network of tunnels with the roof down. These tunnels are just 6.2 metres in diameter. Land Rover spoke about the event in a statement, saying,

“Forty metres below the streets of London, UK, the first prototype of Land Rover’s new Range Rover Evoque Convertible was granted exclusive access to the 26-mile (42km) network of Crossrail tunnels for a development test with a difference. Engineers were allowed the opportunity to drive the disguised Evoque Convertible with its roof lowered in complete privacy.”

Specific details and trim levels for the production version are yet to be confirmed, however, we can expect a similar lineup of powertrains as seen in the current Evoque family. There are currently turbo-petrol and turbo-diesel options, with front and all-wheel drive in some markets. 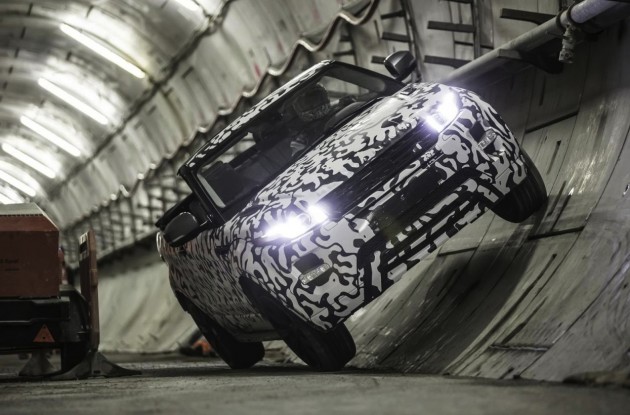 More details on the Range Rover Evoque convertible will be announced later this year. Market entry will then take place in 2016. It will be built at the company’s Halewood plant in the UK, along with the five-door and three-door coupe Evoque models. Click play below for the unique stunt.