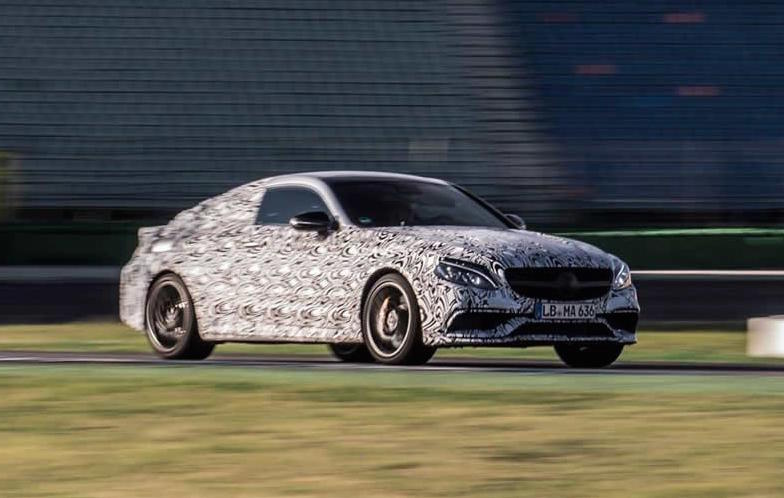 Mercedes-Benz has released some revealing teaser images of the upcoming C 63 AMG Coupe, based on the yet-to-be unveiled C-Class Coupe. 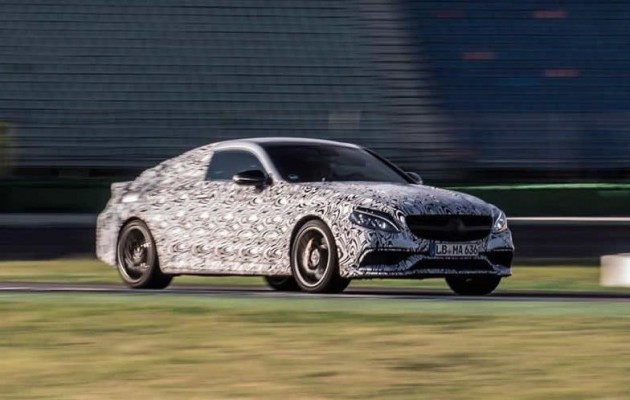 As these images show, the prototype features noticeably pumped wheel arches over the regular C-Class to separate it further away and to give it a unique character. There’s also a very short front overhang with an elegantly swooping hatch layout at the back.

The suspension is set to be a bespoke tune for the coupe, allowing it to sit lower and sportier than the C 63 sedan. There’s also staggered wheel sizes with 255/35 tyres on the front, up from the 235/35 units on the S sedan.

In the engine compartment the C 63 AMG S version will come with a 4.0-litre twin-turbo V8 pumping out 375kW, up from 349kW in the regular 63 AMG non-S model. The unit also produces a whopping 700Nm in S tune.

The coupe is expected to be a bit lighter than the sedan, with 0-100km/h potentially coming up in under 4.0 seconds. Top speed is likely to be limited to 290km/h, as hinted in one of the preview images. The current 375kW S sedan can cover 0-100km/h in 4.0 seconds.

As previously reported, the next C-Class Coupe will apparently go for an even sportier direction this time around. In other words, it won’t simply be a two-door version of the C-Class sedan. There’s speak of it sitting lower and shorter than before, with reduced rear seat and boot space being a possible sacrifice.

In any case, all will be revealed in just a few weeks on August 19. It will then make its public debut at the Frankfurt Motor Show in September.