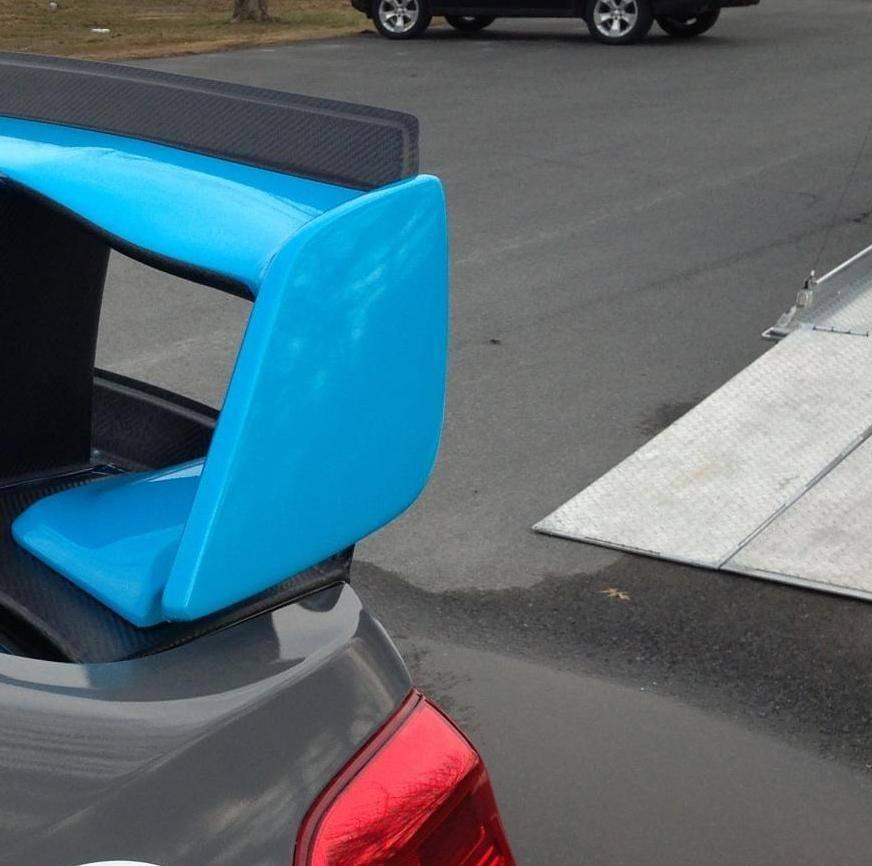 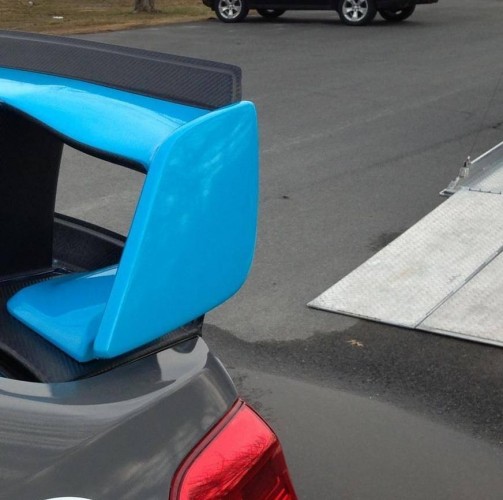 At this stage only this teaser image has been revealed. It shows a huge, race-like rear wing made from carbon fibre. The size and extent of the wing suggests it will be a race car of some kind, possibly for the Japanese Super GT series.

The corner of the taillight shown also appears to be from the latest WRX, which could mean Subaru is planning to use the new WRX for some serious competition.

The only other element that is revealed is the unique sky blue colour used on the main structure of the wing. It’s a different direction from the traditional, darker World Rally Blue colour that has been so famous.

All will be revealed at the New York show, starting April 18.