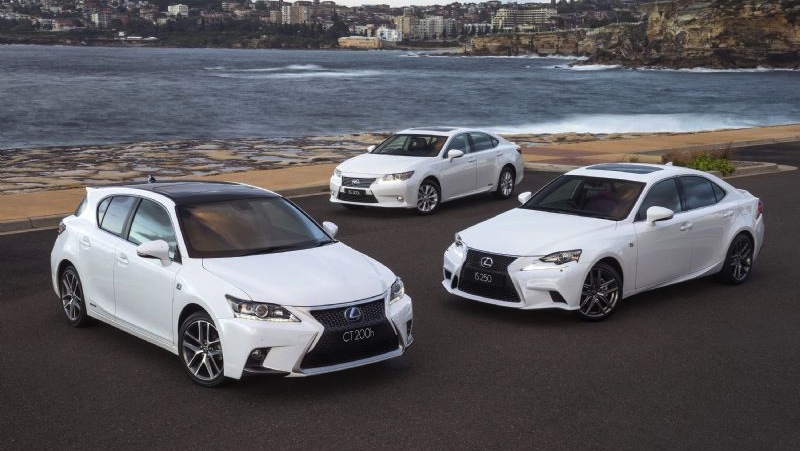 Lexus Australia has revised specification and standard equipment for the CT 200h, IS, and ES 2015 model year update, increasing overall value for the lineup. 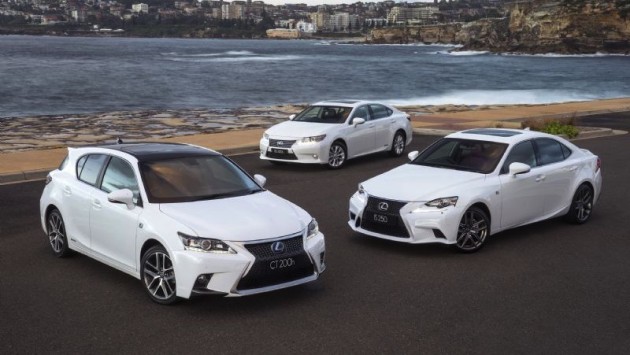 Starting with the entry-level CT 200h, all variants receive one-touch indicators and an updated Remote Touch controller for ease of use, with the introduction of a Sonic Quartz exterior colour replacing White Pearl.

Stepping up to the IS sedan, the company is giving the F Sport and Sports Luxury versions a rear cross-traffic alert monitor as standard. There’s also some new LED fog lights for the Luxury and Sports Luxury variants, and an updated Remote Touch controller inside as well.

IS 300h buyers can enjoy 18-inch alloy wheels when optioned with the enhancement pack 2 and 3, while all models receive interior trim updates with new silver highlights, and a Moonstone leather trim replacing grey.

Lastly, the Lexus ES 300h and ES 350 get a significant multimedia update according to Lexus, with ENFORM and SD card-based navigation with speed camera and red light camera alert. All variants also get rear cross-traffic alert as standard.

“Updates to the CT, IS and ES Lines improve the functionality, safety and visual appeal of these Lexus models. We’ve added these items at little or no extra cost to consumers – further enhancing Lexus’ reputation of comprehensive standard specification at outstanding value.”

Pricing for the updated range is as follows (excluding on-road costs):