The mack daddy, the GReddy 35RX Nissan GT-R, has received a new BenSopra widebody bodykit with fresh livery. The epic build and its upgrades will make an official debut at the 2012 Tokyo Auto Salon next week. 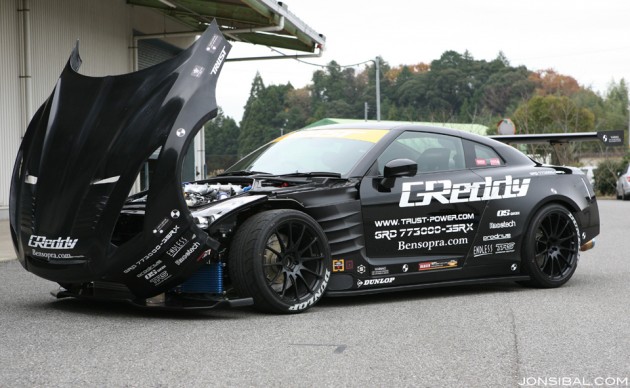 The GReddy 35RX Nissan GT-R is easily one of the fiercest R35 GT-R builds around. And now with the BenSopra kit, adding over 100mm to the width, it looks like it could start storm just standing still.

A previous version of the 35RX visited the Fuji Speedway in Japan to burst out some record-breaking high-speed runs. It achieved 326km/h down the main straight. How did it do this? With jaw-dropping mechanical ingredients mixed up into an extremely hot and spicy recipe. 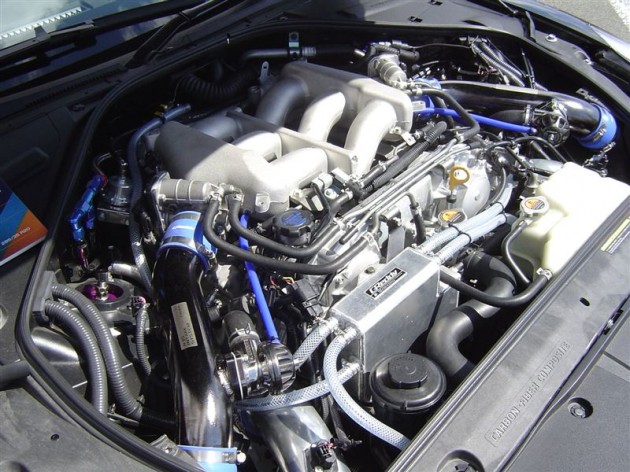 Under the bonnet sits a 4.3-litre stroker version of the VR engine, built by GReddy. It’s boosted by two TD06SH-20G turbochargers. These feed into an impressive 90mm exhaust system that splits into four 60mm pipes at the back. Horsepower is rated at the 1100PS mark. That’s around 809kW.

Click play on the video below for a demonstration of its awesomeness during the high-speed runs at Fuji Speedway.

The footage is from October, but it doesn’t hurt to see it again – if you already have – just to listen to that ferocious sound when it’s on full song.

Stay tuned for more on this incredible beast during the full unveiling at the Tokyo show, starting January 13.