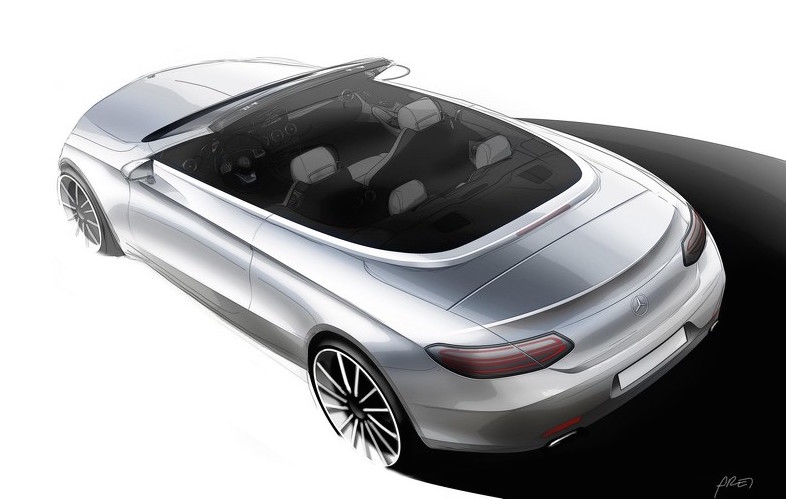 Mercedes-Benz has confirmed its intentions to unveil the next-gen C-Class Cabriolet at the upcoming Geneva Motor Show, releasing this preview sketch to build anticipation. 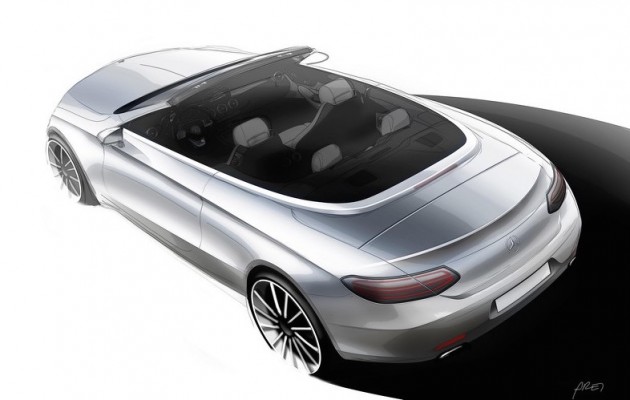 Even though the latest-gen C-Class sedan has been on sale for a couple of years now, the drop-top version is yet to be seen. Late last year the German company did reveal the coupe version, and the cabriolet is expected to very similar.

As such, we can probably anticipate the same powertrain lineup, including a range-topping C 450 with a 3.0-litre twin-turbo V6 producing around 270kW. A C 63 AMG version is also likely, generating 375kW from a twin-turbo V8.

The roof is set to consist of an electric folding fabric arrangement, providing maximum cargo space when the roof is folded away in front of the luggage compartment. As you can see in the sketch, it will retain the usual rear seats as seen in the coupe.

Passengers will be treated to the usual array of electric features and luxury trimmings, as well as Mercedes’s AIRSCARF neck-warning technology and AIRCAP wind deflection option.

All of the details will be unveiled very soon, at the start of the Geneva show on March 1.