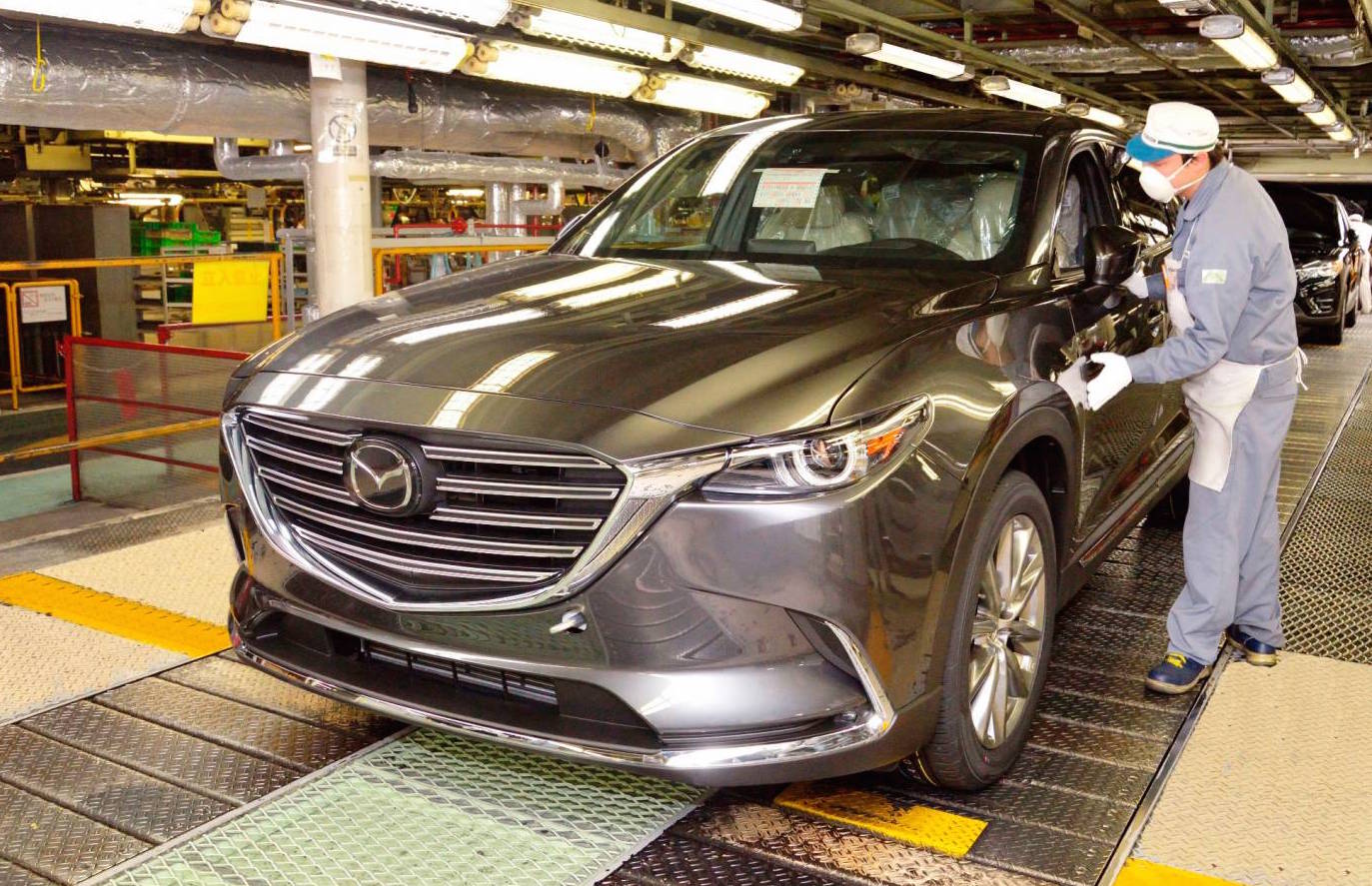 Production of the freshly-designed 2016 Mazda CX-9 large crossover has officially commenced in Japan, ready for market entry later this year. 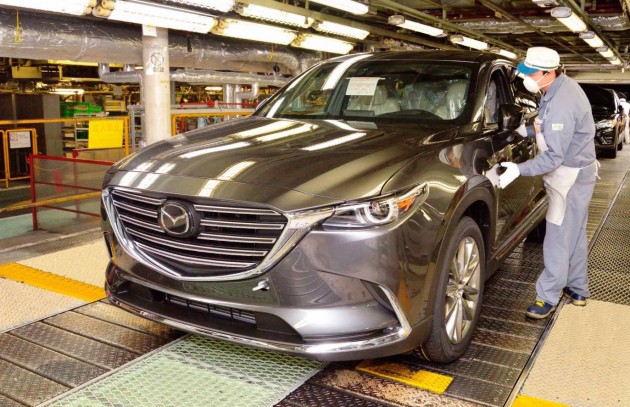 The new CX-9 will be a very important model for Mazda, taking on some of the latest and greatest three-row-seat large SUVs that have popped up in recent times. It has become a much more demanding segment compared with when the first-generation CX-9 was launched back in 2007 with its Ford CD3-based platform.

Mazda says it expects around 80 per cent of the new model’s annual sales to come from the US and Canadian markets, with an overall estimate of 50,000 units globally per year.

The new model, made at Mazda’s production facility in Hiroshima, Japan, retains the old Ford-based platform but it does debut an all-new 2.5-litre turbocharged petrol four-cylinder engine.

The new engine, called the SKYACTIV-G 2.5T, has also just gone into production. It produces 169kW and 420Nm, promising efficient combustion and economy, with a 10.5:1 compression ratio – very high for a turbo-petrol engine.

It will be interesting to see how the new model does in Australia when it arrives, during “mid-2016”. Local sales have dropped over the past few years, and this is likely due to the influx of newer rivals.

Local pricing and trim level specifications for Australia are yet to be confirmed, but are expected to be announced in the next few months.