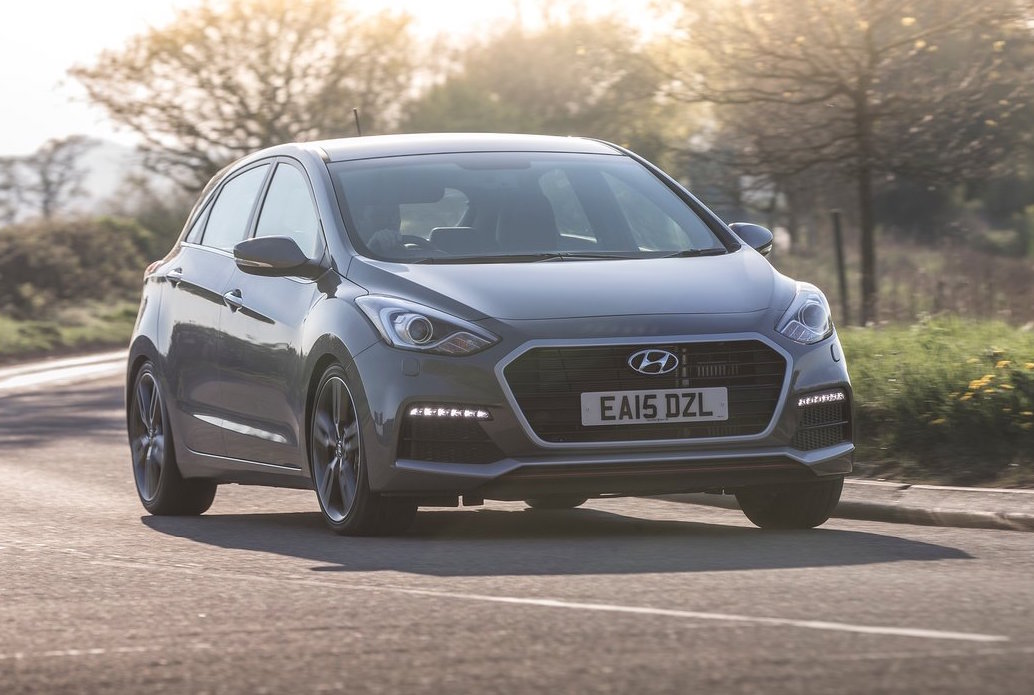 The Australian Federal Chamber of Automotive Industries has released the national VFACTS new vehicle registration figures for May 2016, showing the Hyundai i30 has once again come through as the most popular vehicle. 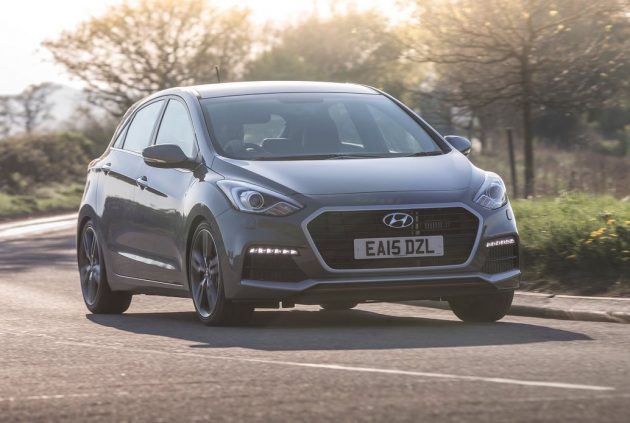 In the top 10 best-selling vehicle brands list, we see some brands have shuffled back into their usual spots following the jumbling that went on during April. Hyundai drops from second place into third, returning Mazda to second. Holden also jumps back ahead of Ford, and Kia steps back in front of Mercedes-Benz. The top 10 most popular brands for May 2016 were as follows:

As for the best-selling vehicle models, it’s the Hyundai i30 that has shown everyone how it’s done. It beat out popular contenders Corolla and Mazda3 once again. Further down the line we see more and more SUVs creeping into the top 10, proving the increasing popularity of these vehicle types. The top 10 best-selling vehicles for May 2016 were as follows:

Medium Cars under $60,000 –  What do you know? It’s the Toyota Camry once again dominating the class, with no rivals even getting close. Of course, many of these sales are attributed to fleet and even taxi companies. Mazda6 has regained second place, while the Ford Mondeo, VW Pasat, and Subaru Liberty continue to fight for the remaining top five. The top five best-selling models in this class were as follows:

Medium Cars over $60,000 – In the luxury version of the segment above, it’s a much closer battle. The new Mercedes C-Class is still the favourite, followed by the BMW 3 Series. Audi’s new A4 has made some ground, while the Jaguar XE lost out to the Lexus IS for inclusion in the top five this month. The top five best-selling vehicles in this class were as follows: 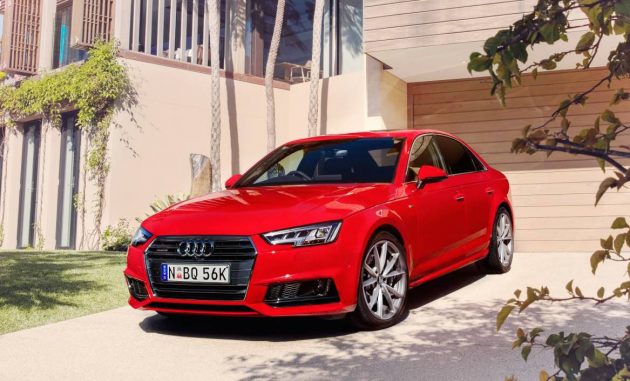 Large Cars under $70,000 – Australian cars continue to make up most of this segment, however, this will soon change. Cars like the Skoda Superb and Hyundai Genesis will have to take over. Holden Commodore sales jumped from the previous month, and Ford Falcon sales also saw a nice little rise. The top five best-selling vehicles in this class were as follows:

Large Cars over $70,000 – In the premium large cars, it’s very close between the Mercedes E-Class and the BMW 5 Series. After these though, the figures drop by around 50 per cent, with vehicles like the Audi A6 and Lexus GS unable to catch up. Interestingly, the Maserati Ghibli went out to more buyers than these rivals. The top five best-selling vehicles in this segment in May 2016 were as follows: 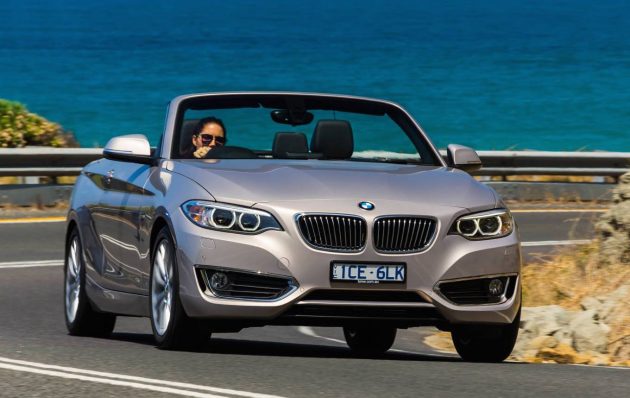 Sports Car under $80,000 – The trusty Ford Mustang is still a hot seller, and it will probably continue to be for some time; the ordering list apparently strings right out into 2017. New registrations have dropped off since April, but May’s figures were still higher than any other car in the segment. Interestingly, more people bought a BMW 2 Series than the popular Toyota 86. The top five best-selling vehicles in this class were as follows:

Sport Cars over $80,000 – Mercedes’s new C-Class Coupe seems to be a popular one in this class, hitting decent numbers after hitting the local market recently. BMW 4 Series sales are still going reasonably strong, while the Audi A5 and Lexus RC direct rivals are well behind. The top five best-selling vehicles in this category were as follows:

Sport Cars over $200,000 – Porsche continues to win the hearts – and pay cheques – of buyers in the market, with the legendary 911. Lamborghini posted impressive figures in May, jumping right up into second place. The new Audi R8 also reported decent numbers. The top five best-selling vehicles in the class during May 2016 were as follows: 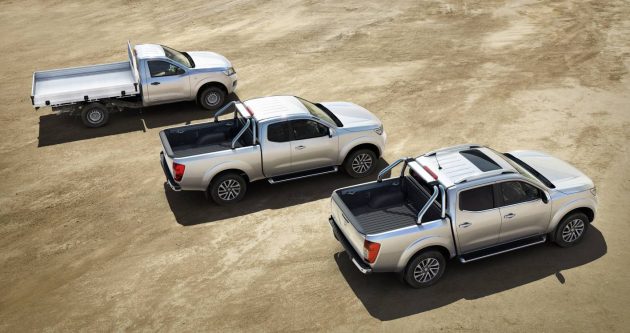 Combined 4×2 and 4×4 ute – Utes continue to be a hot favourite among Aussie buyers, and with the end of the financial year fast-approaching, we can expect to see these figures jump in June sales. For May though, the HiLux remains the clear favourite, closely followed by the Ford Ranger. The Nissan Navara has jumped up a few spots, while all models except the Ssangyong saw a rise in sales compared with the previous month. The top 10 best-selling utes (4×2 and 4×4 combined) for May 2016 were as follows: 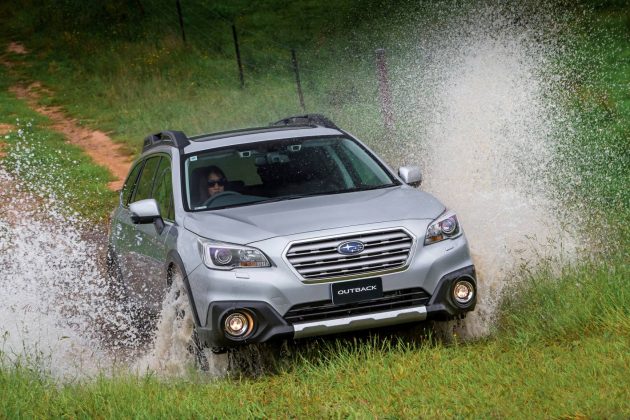 Over in the unstoppable SUV segments, most of the favourites remained in the same positions as the previous month, strangely. The Audi Q5 worked its way back into the top three in its class, while the Subaru Outback posted some decent numbers in its category.

Completing the three favourite SUV classes is the ‘SUV Small below $40,000’. Sales hit 8247 in May, up 1.5 per cent compared with the same month last year.

The top three best-selling SUVs in all categories for May 2016 were as follows:

Total new vehicle sales in Australia in May were up on April figures. During May, Australian consumers bought 96,672 vehicles, compared with 87,571 in April. Sales are up 3.6 per cent compared with May 2015, with year-to-date figures up 3.8 per cent.