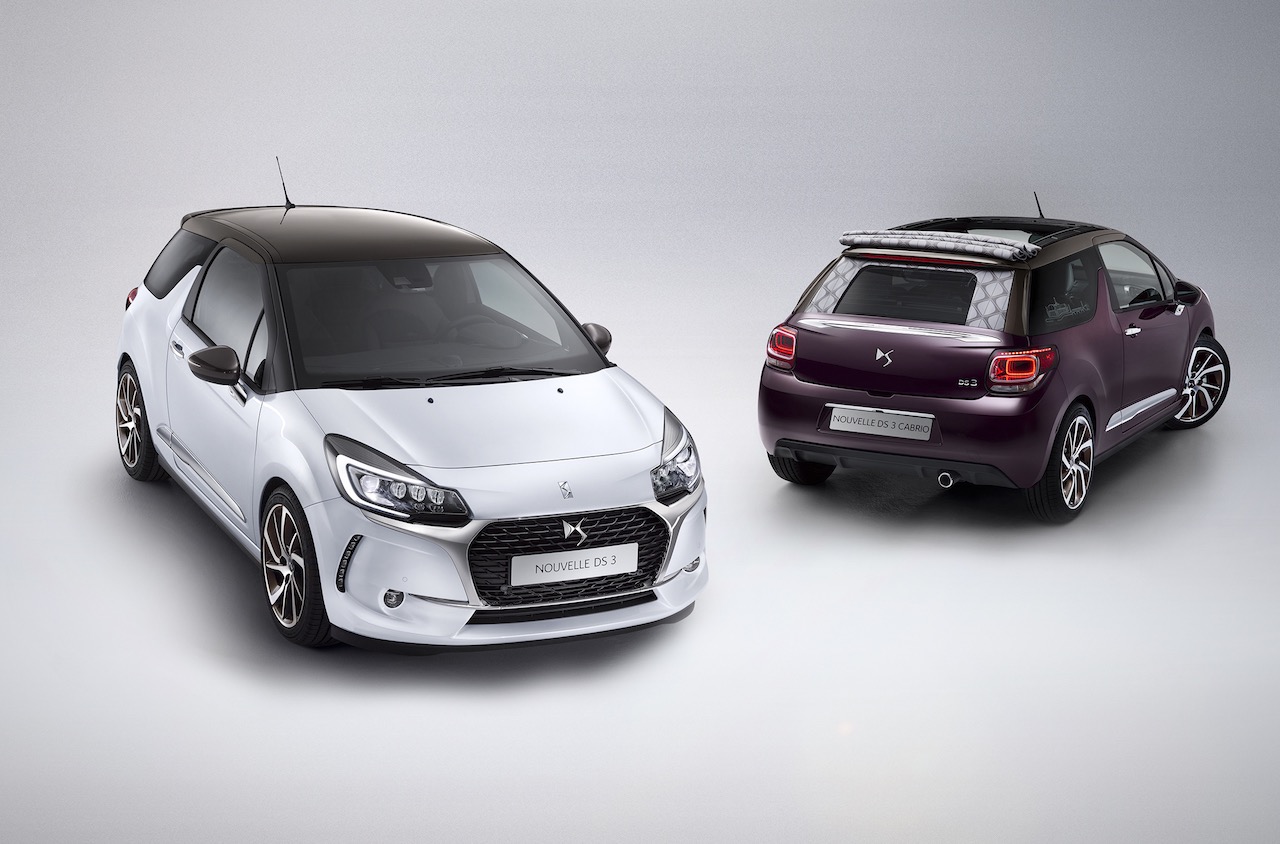 The new-look 2016 Citroen DS 3 has been unveiled at a special event in Paris. It showcases new styling inside and out, and new powertrains and on-board technology. 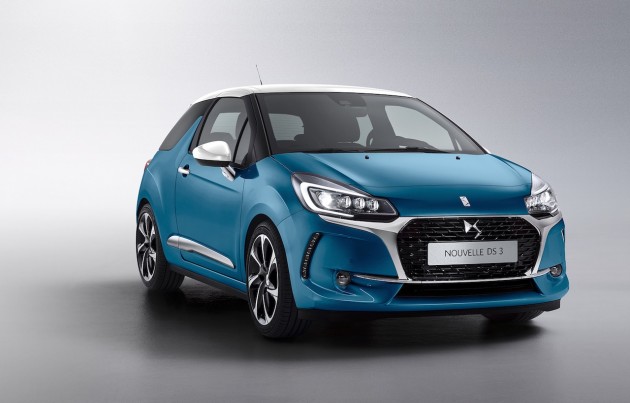 Arguably known as one of the most stylish compact hatches on sale, the DS 3 has been around in its current form since 2010. For the new model, Citroen designers infused the “DS Wings” theme into the front end with a new vertically-oriented grille layout. DS design director Thierry Metroz said:

As for powertrain changes, the 2016 DS 3 will be offered with a fresh 1.2-litre turbo-petrol engine, a 1.6-litre producing 121kW carried over from the existing lineup, and a new DS 3 Performance unit generating 154kW and 300Nm.

Some variants will come with an all-new on-board entertainment system incorporating Mirror Screen technology, with Apple CarPlay and Android Auto services, a 7.0-inch touch-screen, and “20 fewer buttons” on the dash for a cleaner and clutter-free layout.

Active City Braking is added for the first time, capable of braking the car automatically in emergency situations at speeds up to 30km/h. It includes something called Pre-Fill, which prepares the braking hydraulics ready for maximum deceleration. 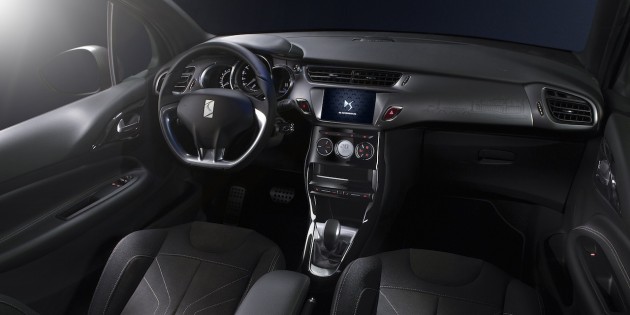 Citroen says the interior refinement and attention to detail has been turned up, while personalisation options have also increased. In fact, with 78 different body and roof combinations and over three million possible wheel, dash, and trimming options available, the new DS 3 can be one of the most exclusive compact hatches around.

Citroen’s Australian arm has confirmed the new-look DS 3 will arrive Down Under late in 2016. At this stage the DS 3 Performance variant is still being considered for the local market. Let’s keep our fingers crossed.