Bentley has released a teaser image of the upcoming 2014 Bentley Continental Flying Spur grand sedan. The new model is expected to be fully revealed at the 2013 Geneva Motor Show in March. 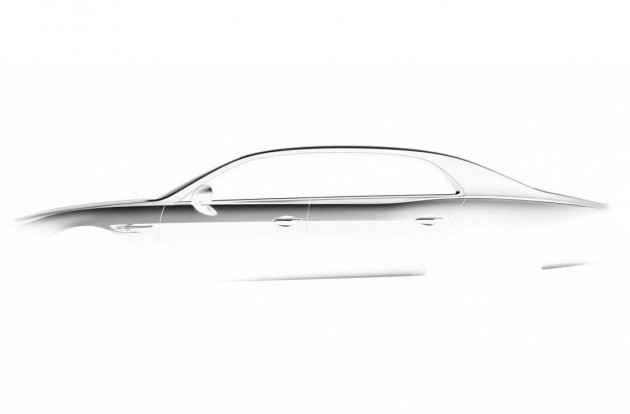 At this stage, limited details have been released on the new car as it seems Bentley is preferring to keep everything under wraps and drip-feed details over the coming weeks.

In the official press release, the company has only said, “redefining the standards of the luxury performance sedan, the new Bentley Flying Spur is coming”.

A high performance version may also join the lineup, coming equipped with the 6.0-litre twin-turbo W12 from the GT Speed – the fastest Bentley ever. It produces an almighty 460kW and 800Nm.

In terms of styling updates, the new model is expected to come with various design tweaks, including more sophisticated headlights and taillights, new side mirrors, and slightly more prominent rear haunches. Inside will also be updated, with more technology and even more luxury.

The company will announce further details on February 20.