Tyrese Gibson is one of the biggest movie stars on the planet right now. He’s featured in films such as Transformers, Baby Boy, and has gone on to become one of the superstars of the extremely successful Fast and Furious franchise. 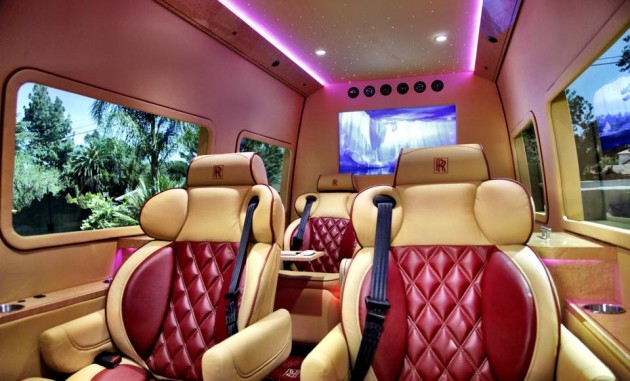 Tyrese has owned his fair share of cool rides, including a Fisker Karma. One of his latest vehicles is a van he helped design and create with the help of Chalmers Automotive – a company that specialises in turning Mercedes Sprinter vans into lavish limousines.

The van has been given the name ‘Rolls-Royce Ghost Sprinter’, consisting of a six-seat arrangement in the back with two seats up front.

The seats in this van aren’t just any seats, they’re extremely luxurious items featuring burgundy piping and cream leather, along with Rolls-Royce insignia on the headrests to run with the van’s theme. There’s also plush Rolls-Royce floor mats throughout, and badges on both ends of the van.

All of the van’s custom interior has been handmade and is one of a kind. The walls are suede and the wood is bird’s eye maple. The front grille alone is worth $5500, and the starlight roof lining set Tyrese back a cool $10,000.

The 2000-Watt stereo consists of eight speakers and two sub-woofers. If that isn’t enough to entertain guests there’s also two 42-inch TVs, an on-board computer with internet access, as well as a bunch of gaming consoles.

The van features triple-tinted windows to keep prying eyes away – occupants can see out but nobody can see in. There’s also security cameras fitted around the outside of the van so passengers can keep a watchful eye on the surroundings. 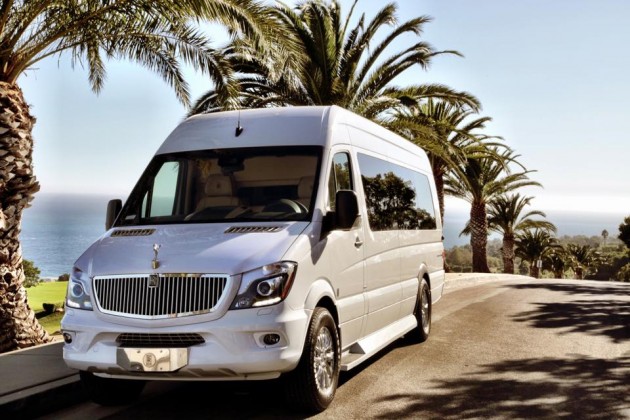 The suspension has been optimised for maximum comfort to make sure passengers can relax and enjoy the ride. All Chalmers Automotive Mercedes-Benz Sprinter vans use turbo-diesel BlueTEC V6 engines.

If you’re interested in buying Tyrese’s Rolls-Royce Ghost Sprinter head over to Chalmers Automotive as it’s currently listed for sale. Don’t expect a van of this standard to come cheap, though.