Ferrari has settled speculation that it will unveil the all-new Ferrari ‘620 GT’ 599 successor at the 2012 Geneva Motor Show, with the Italian company releasing this teaser film and image. 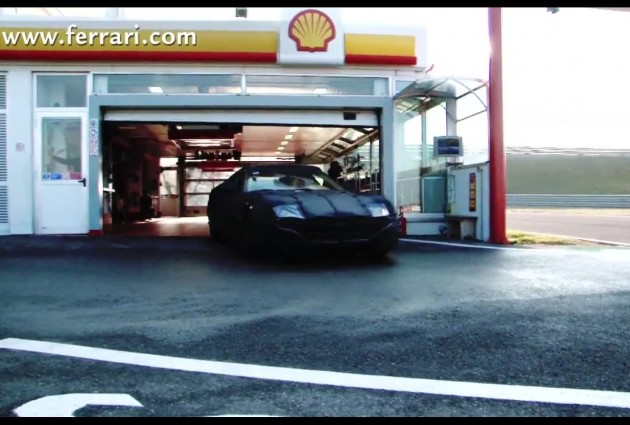 According to the images, the new 620 GT (name not yet official), codenamed the F152, will be Ferrari’s most powerful road car ever made. It’s set to feature a new 6.3-litre V12 engine based on the unit seen in the Ferrari FF. Power figures will be around the 522kW (700hp) mark, surpassing even the Ferrari Enzo with its 485kW 6.0-litre V12.

It’s understood the Ferrari 620 GT will feature a seven-speed dual-clutch transmission, sending power to the rear wheels. As this is the replacement for the 599 Fiorano, it will showcase a strict two-seater layout, with grand touring and on-track performance potential.

Click play on the video below to see Felipe Massa test driving a prototype version. All will be revealed February 29.