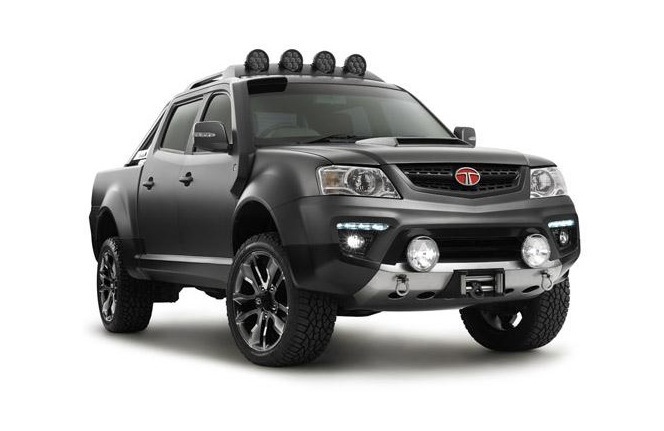 To help kick off the Tata Motors brand launch in Australia, the company has revealed a special one-off Tata Tuff Truck concept ute at the National 4×4 & Outdoors Show and Fishing & Boating Expo. 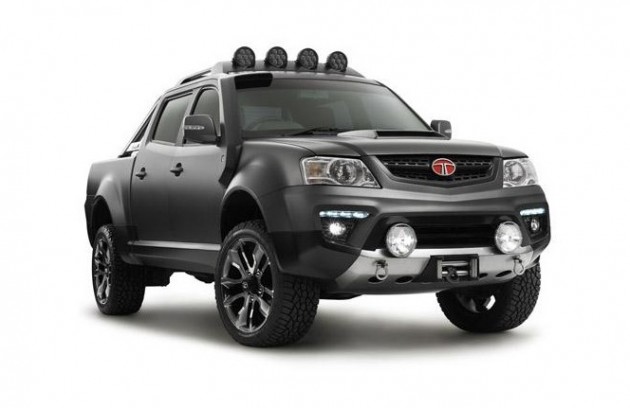 The rough and ready concept was designed and developed in conjunction with Fusion Automotive, the local distributor of Tata in Australia, and Julian Quincey, the design chief at Walkinshaw Automotive. It embraces the highly popular sports 4×4 ute layout and takes it to new extremes.

It’s based on the Tata Xenon ute, featuring lots of bold and aggressive highlights such as pumped wheel arches for that muscly look, big spotlights at the front and a quartet of overhead spotlights as well, an integrated winch, as well as some modern touches like LED daytime running lights and a set of 20-inch billet aluminium wheels.

There’s also special tow hooks, an intake scoop in the bonnet, and a large snorkel for the engine to breathe while wading through creek crossings and the like. Despite the big ‘bling’ wheels, the tyres are actually proper off-road items too. Julian Quincey, from Walkinshaw Automotive, spoke about the concept, saying,

“The Fusion and Tata teams gave us a brief to design a one-off lifestyle Xenon that would appeal to design-savvy Australian Crew cab buyers. I think that here the humble Crew Cab has already become an object of desire in its own right and we wanted to show how well the Xenon design works when carefully visually developed to suit the local market.”

Although this Tuff Truck won’t be hitting the market any time soon, the Tata Xenon will go on sale in Australia during October. It will have to put up a strong fight against rivals such as the Great Wall V240 and Ssangyong Actyon Sports, as well as the highly popular Toyota HiLux, Nissan Navara, and Mitsubishi Triton.

It will come with a 110kW/320Nm 2.2-litre turbo-diesel engine, along with dual front airbags and on-board USB/Bluetooth compatibility. More details will be announced closer to its arrival.