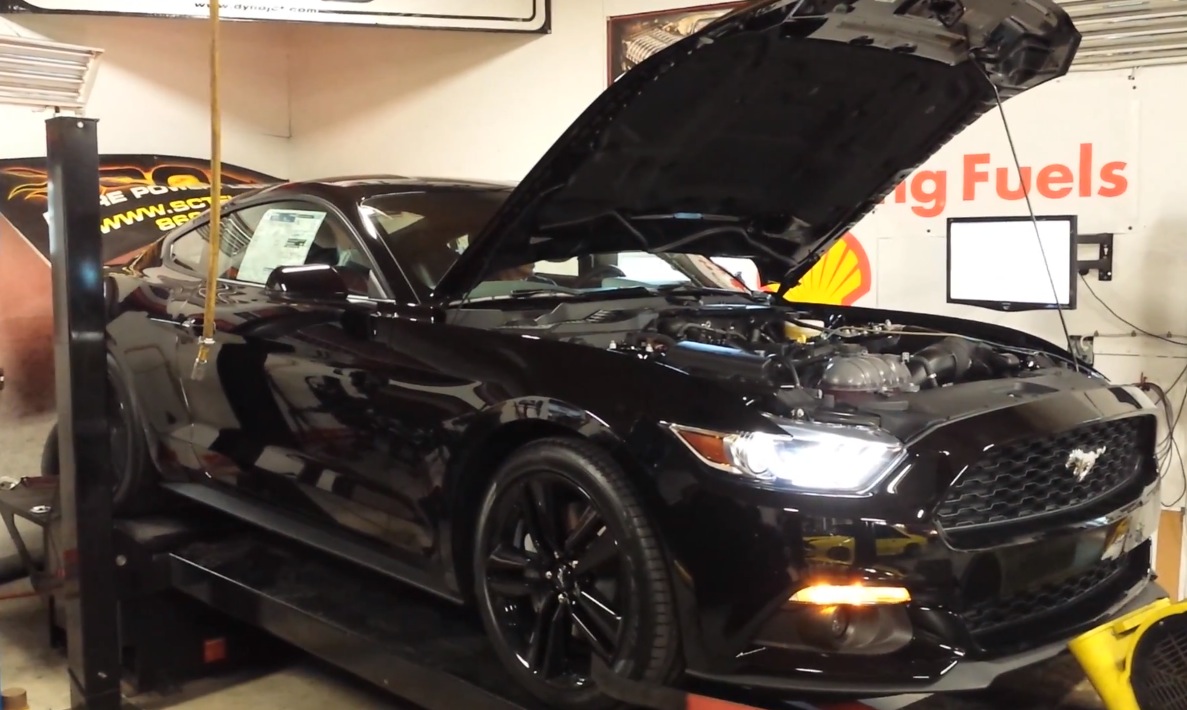 A brand new 2015 Ford Mustang equipped with the 2.3-litre EcoBoost four-cylinder option has been strapped to a dyno to see what sort of figures it actually produces. And surprise, surprise, in reality, it’s more powerful than what Ford claims. 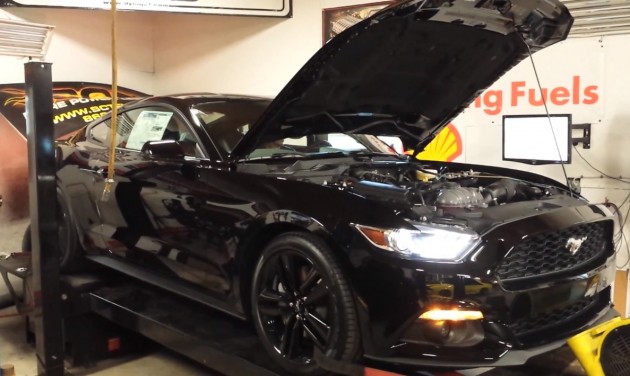 Carmakers do this all the time. Underrating vehicles seems to be the going trend at the moment. But hey, it means we’re all getting more power for our money, so that’s always welcome isn’t it?

In standard form the 2.3 Mustang engine produces 231kW of power and 433Nm of torque. This example is equipped with the Performance Pack, but there are apparently no aftermarket modifications. On the dyno at Woodbine Motorsports in the US it laid down a best of 206kW (276hp) at the wheels and 395Nm at the wheels.

Once you factor in the drivetrain loss which saps around 15 per cent of the power, the engine is actually producing more like 240-245kW. While it’s not a huge difference, the main thing is it is more and buyers are not being shortchanged. With the manual transmission and a kerb weight of 1602kg, the 2015 ‘Stang offers a realistic power-to-weight ratio of around 6.6kg:1kW.

Interestingly, the owner also took the car out for a test run on the quarter mile where it ran a best of 12.861 seconds at 107.08mph (172km/h). That was apparently in standard form as well with the factory tyres. This is an excellent time for a mid-range sports car.

Ford Australia has confirmed local buyers will be offered the Mustang GT V8 and the 2.3 EcoBoost when it arrives here next year. Prices are yet to be announced. Take a look below to see (and hear) how she performs on the dyno, and further down for the quarter mile run.