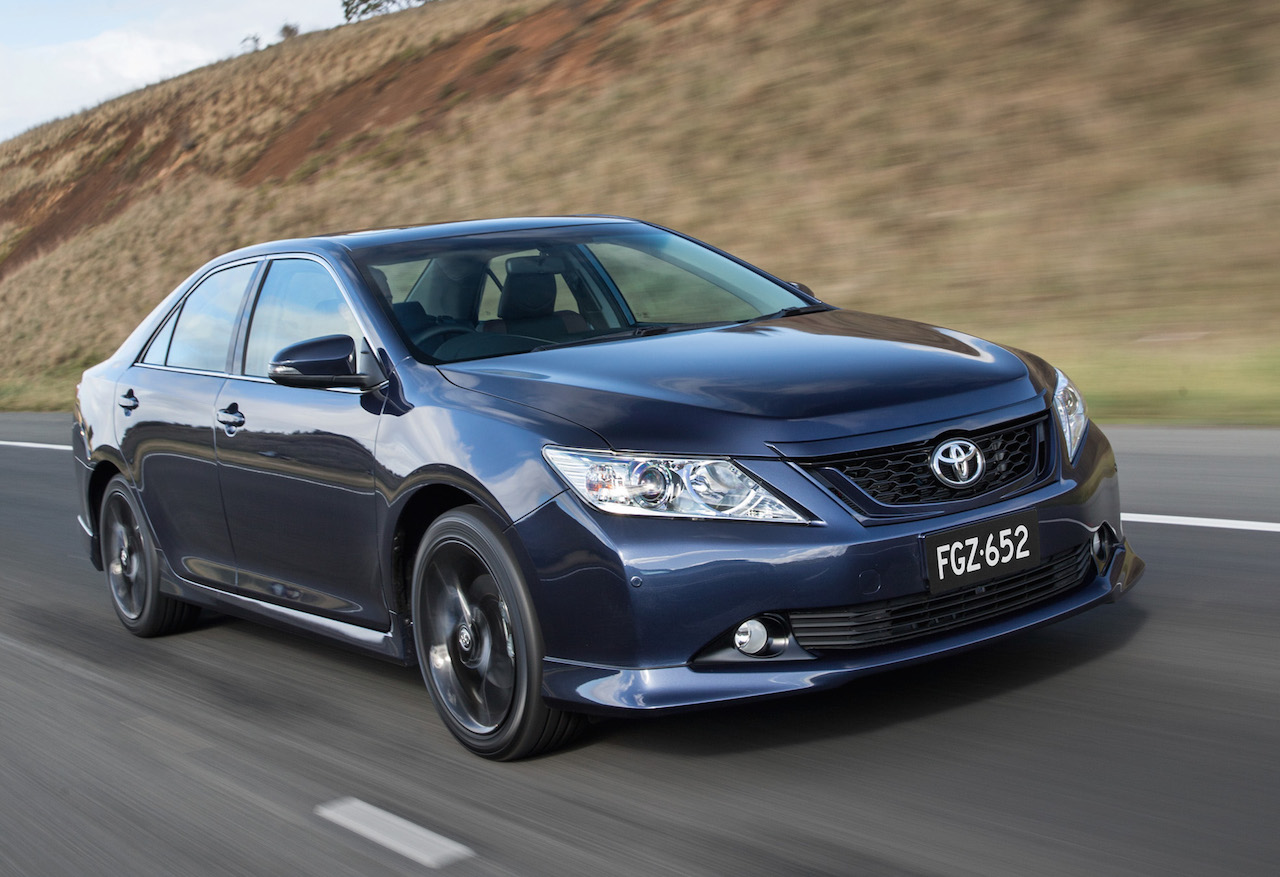 Toyota Australia has introduced the 2015 update to the local Aurion lineup, boosting value with added features and safety.

Three variant lines are on offer, spanning from the AT-X, Sportivo, and range-topping Presara. All come with a V6 petrol engine producing 200kW. New for the model update is a pre-loading differential function which provides improved driveability.

During slippery conditions the pre-load diff offers a smoother take off, according to Toyota, while out on the highway and on dirt roads or rough surfaces stability and front-end grip is improved.

All models come with a touch-screen interface, with the AT-X and Sportivo getting a 6.1-inch unit and the Presara getting a 7.0-inch system with satellite navigation. It’s all bundled together in a revised centre cluster design on the dash with new switches.

For the AT-X there’s also a new sporty mesh grille, 16-inch alloy wheels, and a power driver’s seat. Opting for the Sportivo gets you a sports steering wheel with paddle shifters, a rear sun blind, and sporty seats. At the top of the range, the Presara gets updated 17-inch alloy wheels, a premium 10-speaker JBL stereo, power front seats, leather, and colour-coded body parts.

As for safety, the 2015 model update gets front and rear parking sensors as standard, as well as a rear camera, seven airbags, and the usual traction and stability control functions for all variants. The Presara adds rear cross-traffic alert and lane departure warning.

Prices remain mostly unchanged for the range, with the Presara rising $450 due to the standard inclusion of the premium paint option. The updated model is on sale now from the following prices (excluding on-road costs):