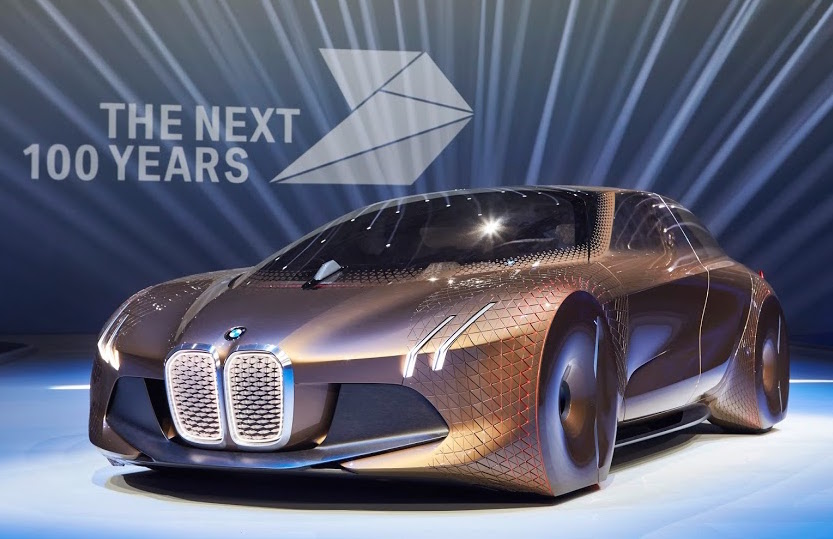 BMW has unveiled an extravagant new concept car that kicks off the company’s plans for the future. The concept is called the BMW VISION NEXT 100 concept, and it is the most futuristic and revolutionary concept the company has ever made. 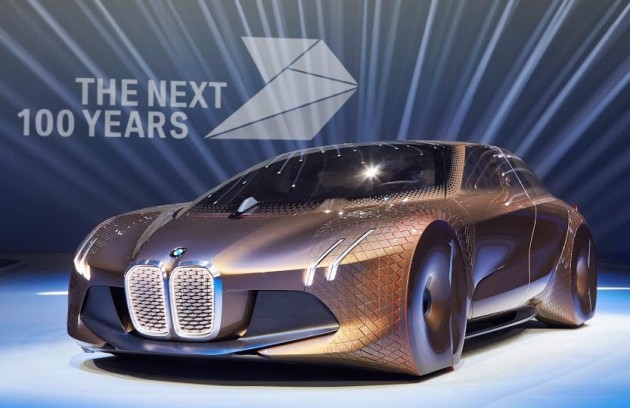 Coinciding with the company’s 100th birthday, BMW has announced an entire new strategy that will take the company into the future. It plans revolutionary new production methods incorporating 4D printing and renewable materials, as well as a number of new technologies that support both fully autonomous and human-input driving.

To kick off the strategy, the VISION NEXT 100 was created to showcase some of the interesting and exciting plans for the future. It measures 4.9 metres in length and stands just 1.37 metres tall, and was inspired by traditional BMW sedan cues while infusing many futuristic themes.

Special large wheels are positioned in the far outer corners of the body for a sporty stance and to pay tribute to BMW tradition. These wheels swivel as the vehicle is steered, allowing the bodywork to keep them covered for maximum aerodynamic efficiency. This is all part of the concept’s “Alive Geometry” philosophy, providing a drag coefficient of just 0.18.

The body is made using fabrics made from recycled or renewable materials, while the carbon components are made from residues of normal carbon fibre production. 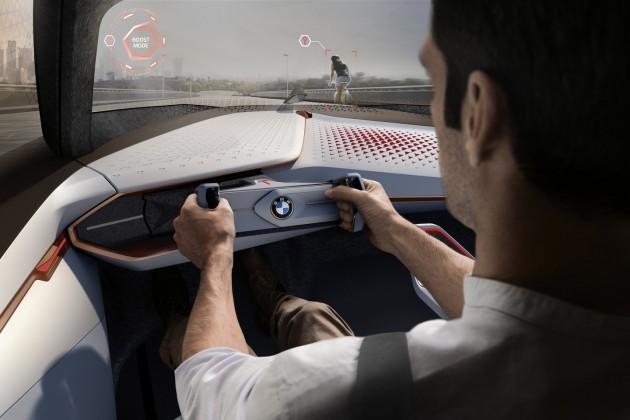 As for the driving technologies, the concept features BMW’s first Boost and Ease driving modes, essentially dividing up autonomous and human driving functionality. In each mode the dash and interior completely move about, changing to provide the most suitable environment.

For example, the automatically opening doors sense the passenger approaching, with the driver greeted by a retracted steering wheel that sits flush with the dash. Once seated, the driver can then tap on the various options on the main dash fascia depending on the kind of driving desired.

BMW is planning a number of celebration events this year for its 100th anniversary, including regional debuts of this concept, special MINI and Rolls-Royce Vision concepts in June, and the BMW Group World Tour.