Do you ever get the feeling the Government just keeps telling you what to do? Don’t smoke. Don’t drink. Eat more bananas. Exercise now, but don’t exercise now. Support the mining industry (even though it’s soon to be digging up your backyard). And most of all, don’t ever watch the road; watch the speedo. 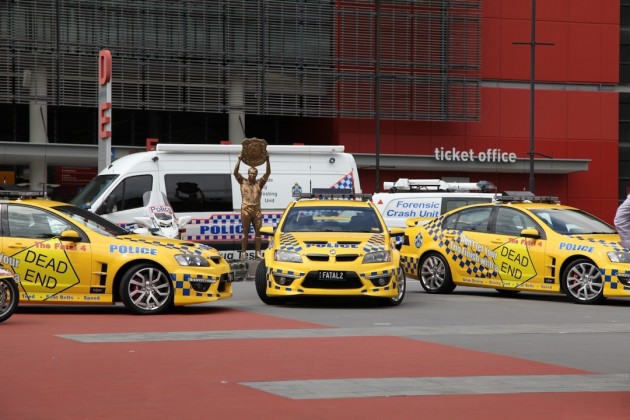 You only need to flick on a television to get the gist of what’s going on here. The Government wants more money and wants more votes. Voters want less deaths on the road, quick fix? Issue more speeding tickets and stand around like it’s really making a difference. In the last five years, the statistics show death rates on our roads have fluctuated from state to state, but have steadily reduced by around five per cent per year (national average).

It could be dissected further though as there are more modern, safer cars on the roads each and every year. The Australian Design Rules also introduces new stricter laws which all new model vehicles have to abide by. In Victoria, for instance, every new vehicle sold now must feature an electronic stability control program. 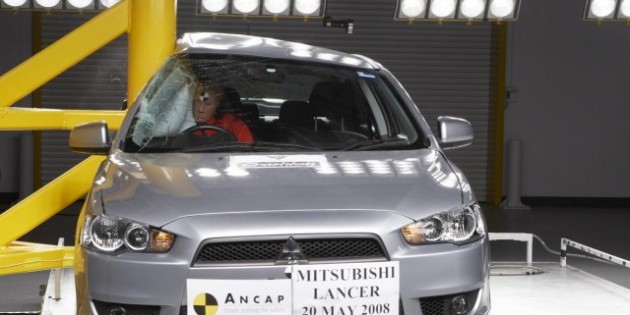 There’s various other new safety implementations too, with ANCAP introducing the side-impact pole test, forcing makers to design even safer cars. However, the fact of the matter is, humans just aren’t designed to travel at anything above running pace, so there’s always going to be someone getting injured. Especially minorities that step over the line. It’s just a fact. It’s horrible, but something we just have to face.

This is not the attitude of the Government and police though. It wants to save everyone. But if the Queensland Police were serious about saving lives, it wouldn’t have gone out and bought a quartet of fancy, very high-powered HSVs to ‘enforce’ safety. On the other hand, if the message it is trying to send out is; ‘we’re more powerful than you and we will fine you’ then, yes, such cars may assist in that.

In case you missed our news report earlier this week, the Queensland Police is launching a new crack down on motorists in Queensland as part of its Christmas Road Safety Campaign. And as a way of bolstering the seriousness of the campaign, HSV has just handed over four special edition Clubsport R8 ‘SV-R’ highway patrol cars.

They feature an engine capable of displacing 325kW of power, and have all the go-fast bits a true rev-head needs (except maybe the colour).

That power level though, it’s more than three times the power of a Toyota Corolla – the country’s best-selling vehicle during November.

It’s a nice recipe for some fun, or for out on a track, but as a government tool for sending out a safety message? You’ve got to be kidding. It’s like the headmaster of a school walking around with his cap on backwards while chewing gum, all the while trying to set an example for neatness and presentation.

On top of this, the HSVs, which will spend a lot of time out on the roads, consume an average of 13.5L/100km and fart out 324g/km worth of emissions. They’re proper balls-out muscle cars with very little respect for the environment. 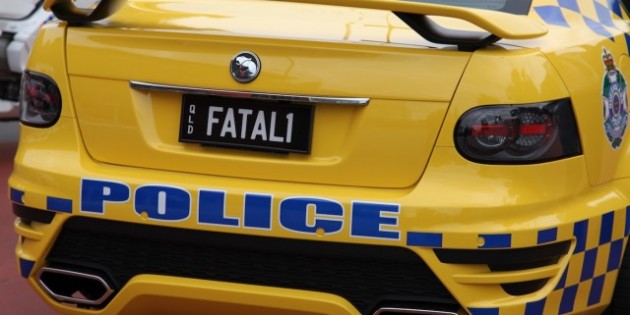 The Police say that these four HSVs will help send out four clear messages: don’t drink and drive, don’t speed, don’t drive while fatigued, and don’t drive without a seat belt; the ‘Fatal 4’… Yyeah, that’s the first thing that pops into our mind when looking at these. Especially with very expensive custom number plates (FATAL 1 etc.), courtesy of taxpayer’s money.

The cars probably will attract attention and lift police presence, in the vicinity that they are driven in, and possibly even send out a message that if you do speed, these angry yellow sports cars will hunt you down. But what’s with the attitude? The ‘DEAD END’ plastered down the side? It’s like it’s the rugby league state of origin head-to-head shakedown-knockout-tournament pose. The police is a professional government body, not a sporting team looking to crush the opposition.

What ever happened to simply informing the community on why we shouldn’t speed or drink and drive, perhaps stepping away from the current, ‘if you speed, we’ll FINE you’ tactic. Instead, it chooses to walk around like macho men telling everyone what to do; a very head-on approach to teaching. Actually, there is no teaching going on. That’s the core of the problem. Australian drivers are basically sent out into the wild without proper training.

And it’s the Government’s fault. It provides the roads, the cars, and everything else associated with vehicle ownership, yet it doesn’t provide the proper education, the proper OH&S. It sets a lot of motorists up for failure and then charges for it. It’s getting to the point where the Government is being so contradictory now, it’s insulting the intelligence of motorists.

We don’t advocate breaking the law, at all, especially drink driving or driving without a seat belt, but the government’s attitude to conveying the message is just all wrong. Even the basic principles of security guard work will tell you; try and work with the offender as much as possible, and not work against them otherwise there will be retaliation. And that’s what’s happening here, the police are working against the community, with more testosterone than the minority that wreck it for everyone.

If the Government wants more money why doesn’t it just jack up registration taxes? Sure, most of us would be pissed off, but it’s better than being patronised like we are now.

The New South Wales government has announced it will waive stamp duty on purchases of electric vehicles and offer cash...