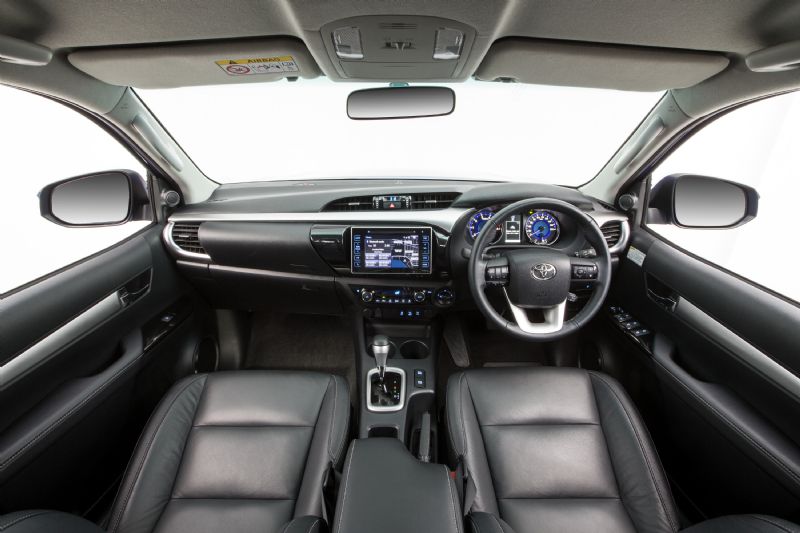 Details and images of the 2016 Toyota HiLux interior have been revealed for the first time, showing a more modern layout that’s now in line with Toyota’s passenger car and SUV design. 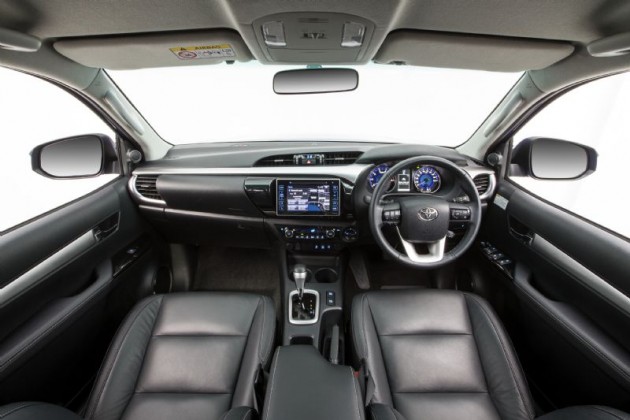 Toyota describes the new cabin as “SUV-like”, promising a more comfortable driving position, with increased headroom and shoulder space making it ideal for even the largest build blokes.

Atop the dash is a tablet-style touch-screen interface replacing the basic aftermarket-like setup used in the outgoing model. Depending the on the variant level, the 6.1-inch touch-screen can come filled with features, including sat-nav and Pandora internet radio.

All body-back variants in Australia will come with a rear-view camera, while the cab-chassis models will be available with an accessory camera. The top-of-the-range SR5 gets a 7.0-inch screen with other internet-based apps for weather and fuel finder functions, along with digital radio reception. SR5 buyers will also be able to enjoy a 4.2-inch colour instrument cluster display for various driving readouts.

The SR and SR5 variants come with an air-conditioned box capable of heating or cooling two 600ml bottles, while in the rear there’s now a 60/40 split-fold bench seat with a flip down armrest in double cab models.

“New HiLux is more unbreakable than ever with a stronger frame and body, new high-torque diesel engines, rugged yet advanced exteriors and spacious interiors that combine modern features with durable designs.”

Toyota Australia is yet to announce the finer variant lineup details and prices, however, it says it will arrive locally in October with 31 different variant options. Head over to our initial 2016 HiLux reveal report for additional info.