Renault has pulled the wraps off the new 2013 Renault Clio R.S. 200 Turbo at the 2012 Paris Motor Show. The new model will go on sale next year featuring a Renault-first dual-clutch automatic transmission. 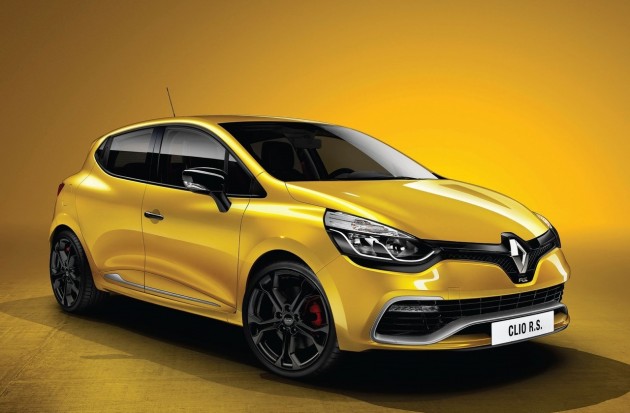 The dual-clutch gearbox, called the Efficient Dual Clutch (EDC), is an interesting move by the French company as it strengthens its attack on vehicles such as the Volkswagen Polo GTI and Golf GTI – both of which are available with a dual-clutch ‘DSG’ gearbox. The transmission will provide super-fast shift times, enhancing overall performance. Specific acceleration figures are yet to be announced.

As for the power, the current Clio R.S. 200 comes with a 2.0-litre naturally aspirated engine producing 147kW. The new 2013 Turbo comes with a 1.6-litre four-cylinder producing the same power level, however, torque is boosted from 215Nm to 240Nm. Downsizing like this will bring lower fuel consumption figures and lower emissions. Again, Renault is yet to go into detail.

To improve the Clio RenaultSport’s versatility, the 2013 model comes with a sport button with three different settings – Normal, Sport, Race – each altering the throttle response and engine mapping accordingly. The different modes will also change the transmission’s aggressiveness and the steering sensitivity. 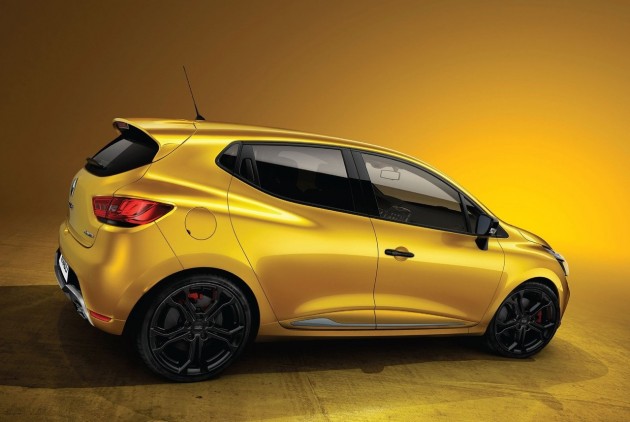 Another major change with the new model is the fact that it will be a five-door as opposed to the current three-door range. This will be the first time Renault offers its smallest hot hatch in the roomier five-door layout. As you can see, the rear doors feature hidden handles giving the impression of a three-door.

Like the current range, two chassis setups will be on offer; a Sport and Cup. The Sport will offer a sporty driving setting while still remaining comfortable for daily use. The Cup setup will be for pure driving enthusiasts, offering the sharpest and most agile handling thanks to lowered (15mm) and stiffer (15 per cent) suspension.

The new model is set to go on sale in Australia during the second half of next year, following an early-2013 launch in Europe.