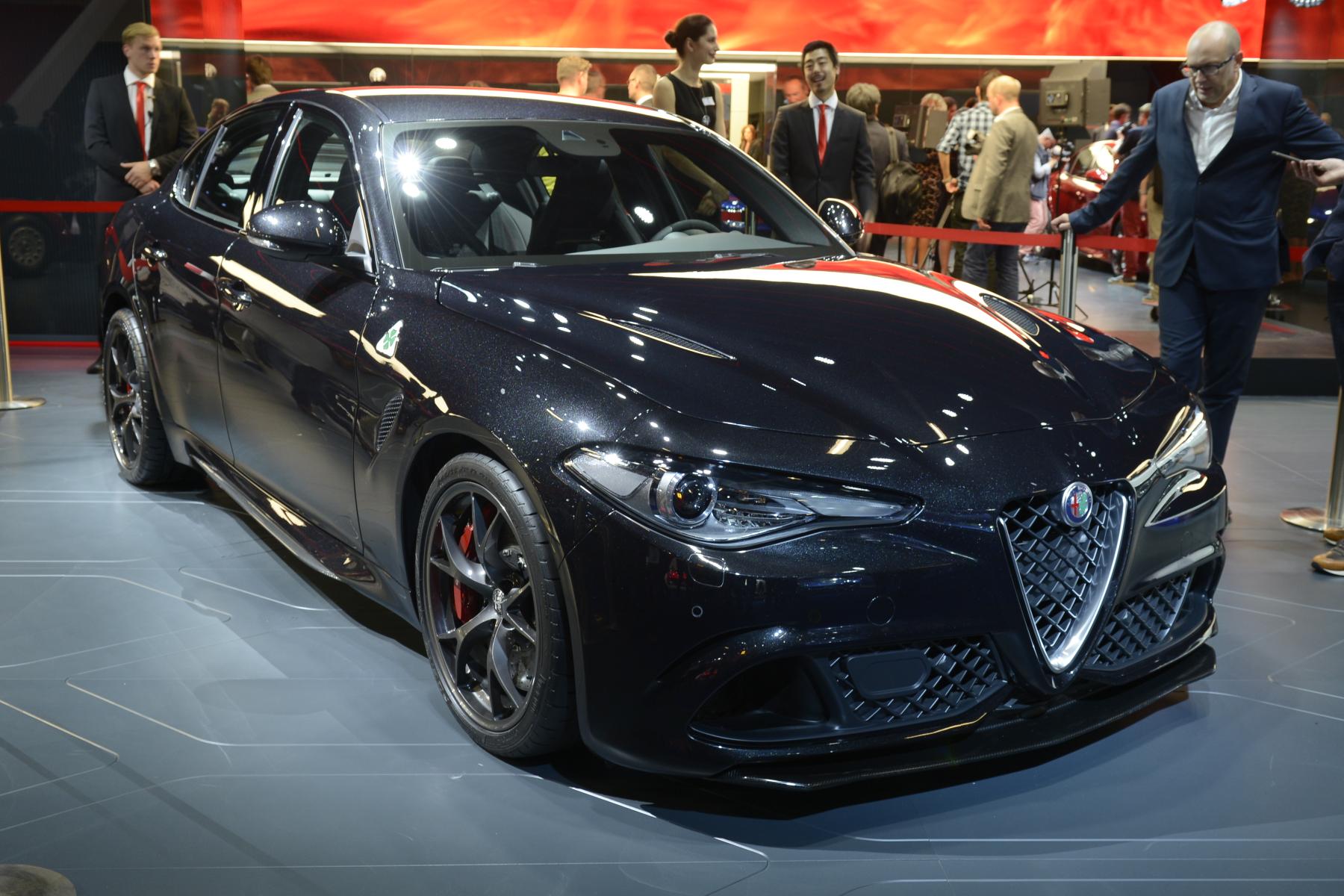 Performance figures and finer specs have been announced for the hot new Alfa Romeo Giulia QV, which has just made its debut at the Frankfurt Motor Show. 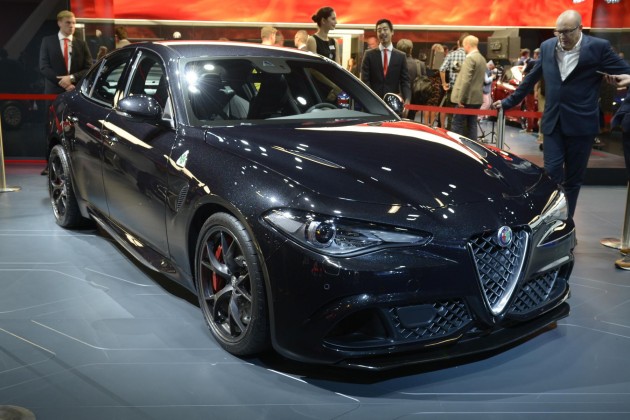 Power alone is not essential for outright performance though, but Alfa engineers have managed to keep the weight down on the Giulia as well. It tips the scales at 1524kg (dry weight), making it a lot lighter than its other competitor, the 375kW Mercedes-AMG C 63 S (1730kg, kerb weight).

As a result, the insane Giulia QV is capable of 0-100km/h in just 3.9 seconds, and a top speed of 307km/h. This means it is faster than both the German rivals, mainly because they are limited to 250km/h. But even without the limiter in the case of the optional driver’s packs, the AMG is capable of 290km/h while the M4 (coupe) hits 280km/h.

As far as we can tell, it is the quickest ever officially recorded time for a four-door production sedan around the circuit. Pretty much everything that is quicker is a very focused supercar of some kind.

Alfa Romeo is yet to confirm if this beastly beauty will ever be sold in Australia. If it does make it across, it isn’t likely to see showrooms until 2017.

Prices in Europe have been confirmed to start at 79,000 euros. Considering the current BMW M3 sedan is priced from around 78,950 euros in Italy, we’d be guessing a local starting price slightly higher than the M3 starting price of AU$139,900.