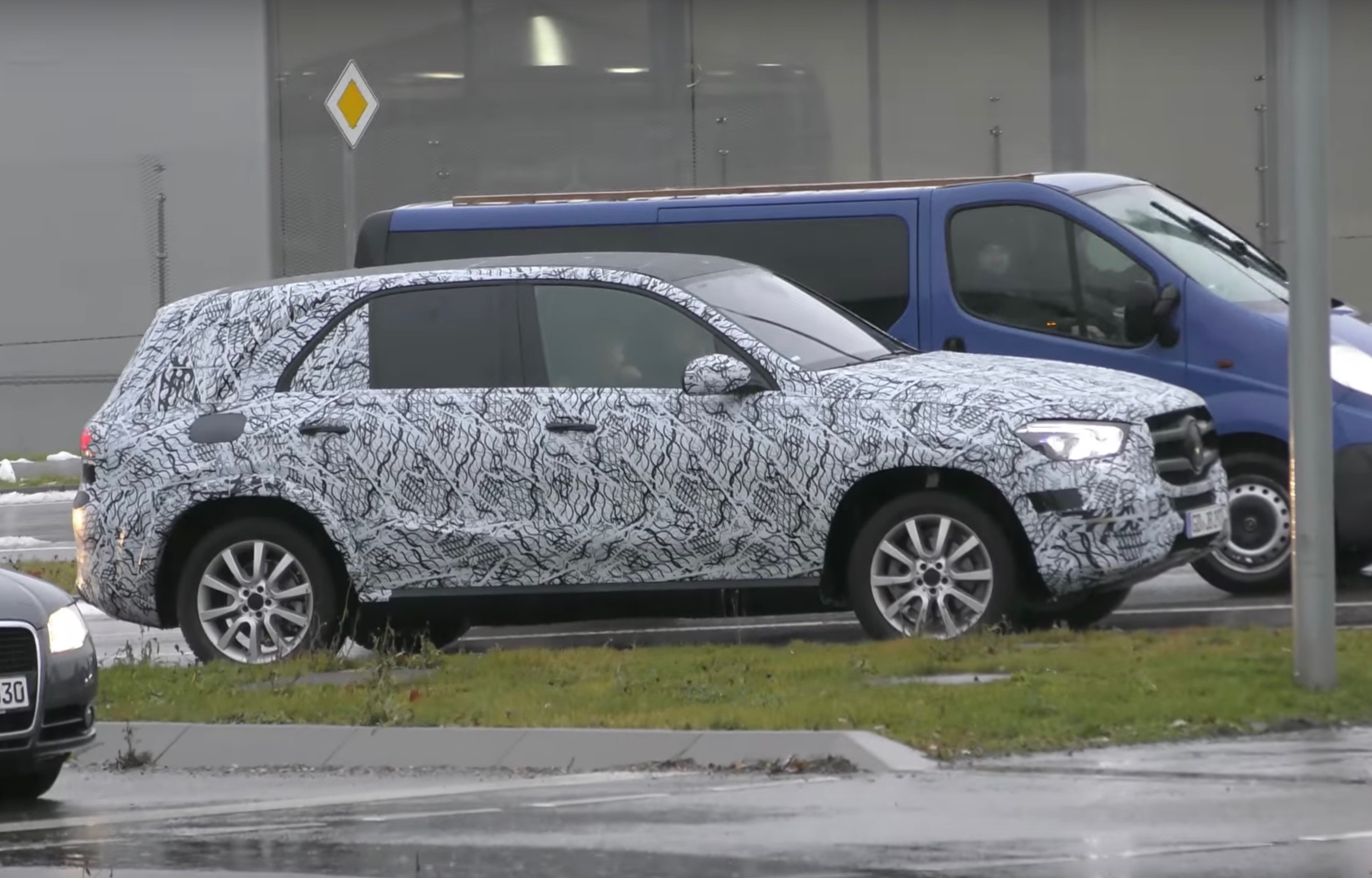 Mercedes-Benz has been spotted test driving the next-gen, W167 GLE in prototype form once again, with reduced camouflage starting to reveal some of its design. 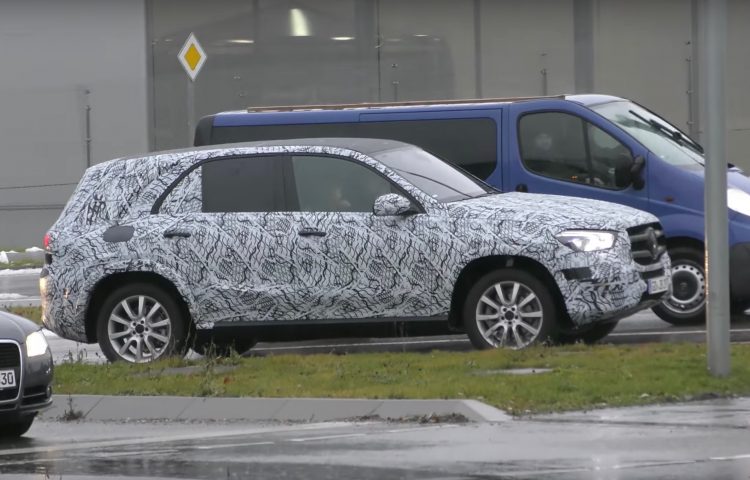 The 2019 GLE is set to be based on Mercedes’s latest MHA platform, swapping from the current Chrysler-Daimler platform that was originally developed back in 2006. With the new platform the W167 GLE should handle significantly better, with improved composure in the corners compared with the current model.

Some weight reduction is also expected with the switch to the new platform, helping with performance and efficiency, and also handling. A lower centre of gravity is likely to assist with the latter.

As for the design, we can probably turn to the GLC for some indication. This prototype hints at more defined wheel arches for a tougher road presence, and the company’s latest grille design potentially with two tiers and a large badge in the middle. By the looks of it the GLE will also get the latest inverted/angry-looking LED headlight design first seen on the new CLS.

Around at the back it looks like the new model will go for a more sporty design, with a sloping tailgate instead of the current vertical, almost-boxy shape. A GLE Coupe version will obviously go even further, swooping down much earlier along the roofline.

In terms of powertrains, Mercedes just revealed the new CLS which debuts the M256 inline six engine. In that, the unit produces 270kW and 500Nm, however, the engine has been specified to produce up to 300kW. It uses a 48-volt electric system for mild-hybrid efficiency.

Other new units that have potential include the M176, which is a 4.0-litre twin-turbo V8 replacing the 4.7-litre unit. It develops up to 350kW and 700Nm. This unit could be attached to the rumoured ‘AMG 53‘ badge. Meanwhile the diesel options could include the new OM656 turbo-diesel inline six, which generates up to 230kW, superseding the current 190kW V6 unit.

A full debut isn’t likely to take place until the later half of 2018, although we can probably anticipate a few teasers in the lead up. Click play below for a preview.