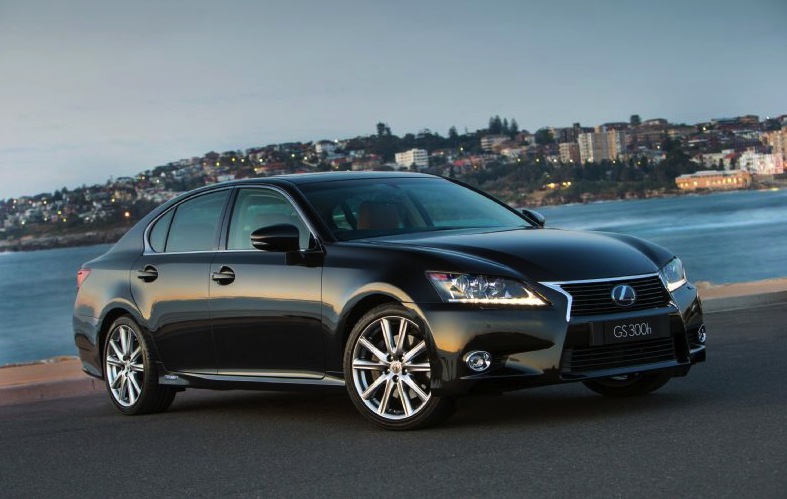 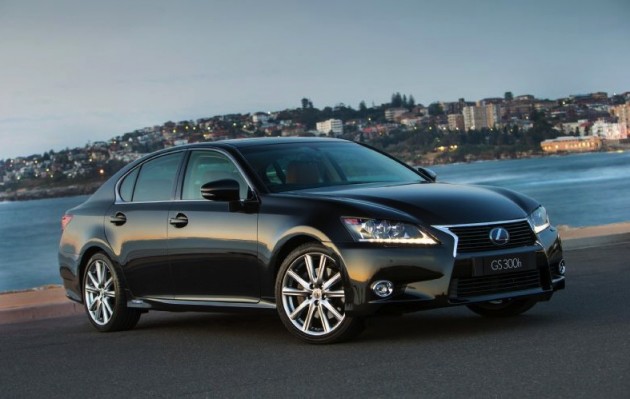 Headlining the update is the standard fitment of Lexus’s new rear cross traffic alert system which warns the driver of perpendicular traffic when reversing out from car parks. There’s also ENFORM connectivity as standard and an updated sat-nav system with speed and red light camera alert functionality for both models.

For the GS and LS, Lexus has made some improvements for chassis stiffness with the introduction of high-rigidity class and new adhesives throughout the cars. The A-pillars on the GS have also been re-engineered to help with the overall stiffness and driving response.

In the updated GS 350 F Sport customers can enjoy a premium sound system as standard, made by Mark Levison, while the 250 and 300h F Sport can be optioned with the Enhancement pack to gain the same unit.

The updated GS range is also available with a new “self-healing” Titanium Silver exterior paint colour, replacing Elysium Blue. It can be had on all variants.

As for the 2015 Lexus LS, the interior has been upgraded with new LED interior dome lights for increased elegance, with all variants coming standard with the premium Mark Levison sound system. 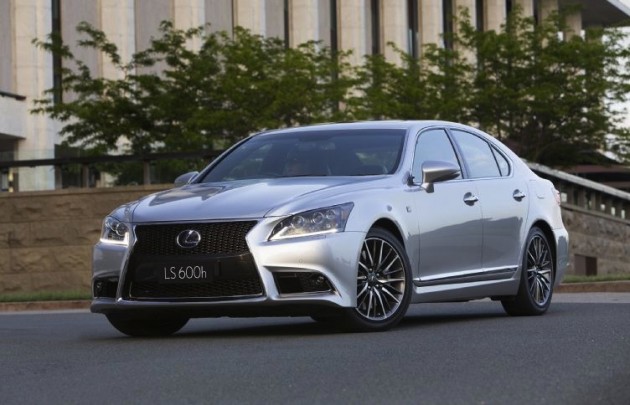 Despite the added features and technology, all variants receive only a minor price hike. Most models are $400 more expensive than the outgoing models, with some marked up about $500. See below for more details (excluding on-road costs): 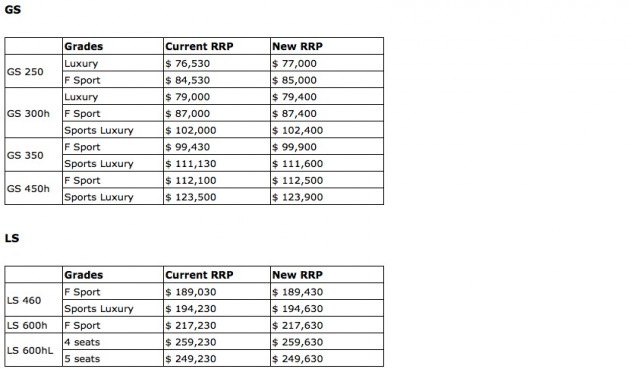