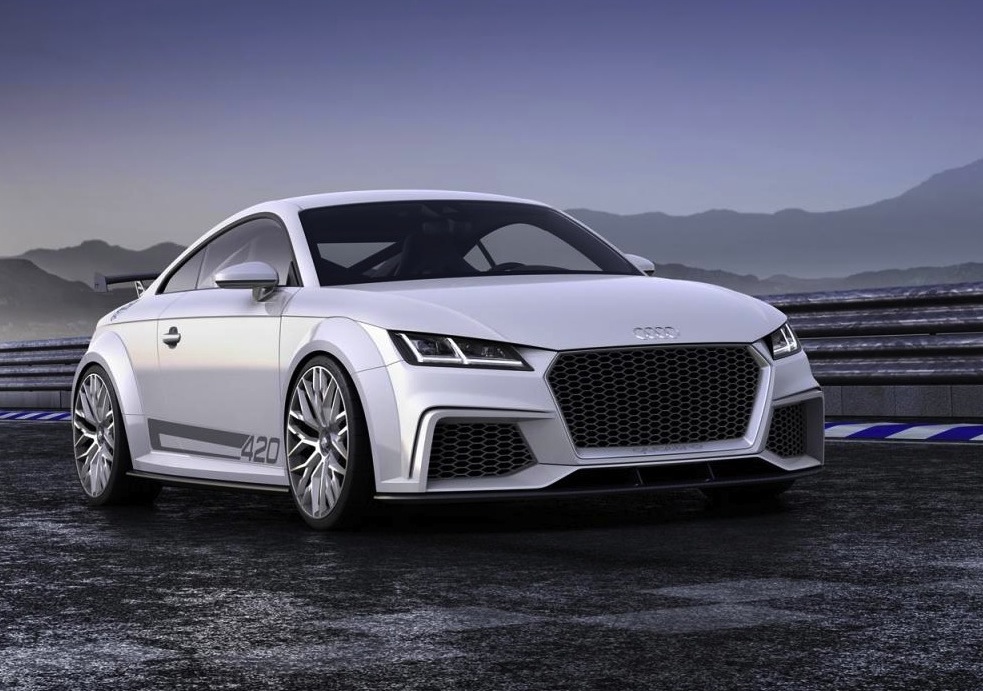 Alongside the new 2015 Audi TT at the Geneva Motor Show, Audi has a very interesting high-performance version called the TT quattro sport concept on display. It embodies the spirit of a fully fledged track day racer. 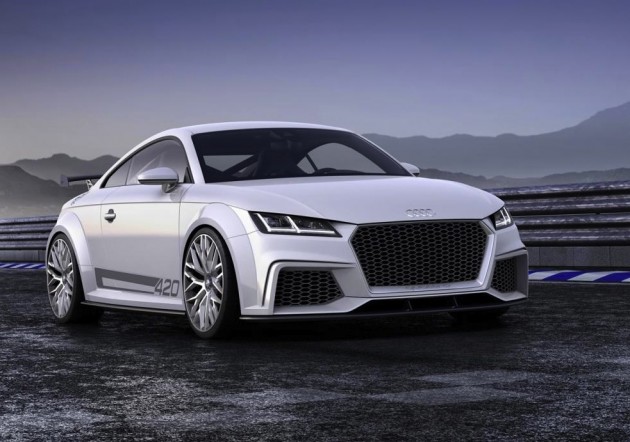 Although it is just a concept at this stage we find it quite interesting that Audi is showcasing such an idea. It wasn’t long ago there were rumours surrounding the idea of Audi producing a hardcore ‘GT3’ version of the TT. And now this pops up.

It’s powered by a 2.0-litre turbocharged four-cylinder petrol engine producing 309kW of power and 450Nm of torque. World record followers will notice this is significantly more powerful than the current most-powerful 2.0-litre production engine; the Mercedes-Benz A 45 AMG’s 2.0-litre with 265kW.

All of that force rips up the road via a quattro all-wheel drive system after going through an S tronic dual-clutch automatic transmission. The package is capable of seeing 0-100km/h done and dusted in just 3.7 seconds. Dr. Stefan Knirsch, head of powertrain development at Audi, said,

“This high-performance power unit is an impressive demonstration of the power reserves available in our EA888 engine range. This power unit has received numerous awards all over the world and it already lives up to its claim in many Audi sporty models.

“In the TT quattro sport concept, it demonstrates its full power potential. The thirty-five years of experience we’ve gained in the field of turbocharging are manifested in this engine’s unique combination of maximum performance, dynamism, and fuel efficiency.”

To ensure it handles as good as it goes the special TT is equipped with a comprehensive chassis and suspension setup, with aluminium MacPherson struts at the front and a four-link arrangement at the back. With a weight distribution of 54:46 front to rear, the car is setup for sheer balance. It’s overall weight stands at 1344kg. 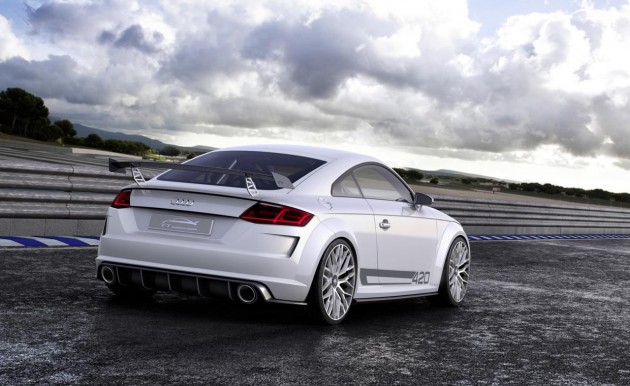 On the outside the bespoke concept is impossible to miss. There’s a complete carbon fibre racing-like bodykit with front and rear spoilers, a chunky diffuser, and pumped wheel arches to accommodate 20-inch alloy wheels.

Inside, it’s much the same and all down to the business of driving. The door panels have been stripped of luxury items such as speakers and armrests, while the trim is a soft, grippy Alcantara in grey. A 12.3-inch LCD interface resides in the instrument cluster, just like in the new production version.

Audi hasn’t mentioned any plans for production, however, if it gains enough interest we’re sure it will at least provide inspiration for a possible performance model – the upcoming TT RS perhaps?