This is the stealthiest Porsche 911 creation that we’ve ever come across. It’s a custom Porsche 935 K3 Blackbird Turbo replica which has been a complete ground-up project. 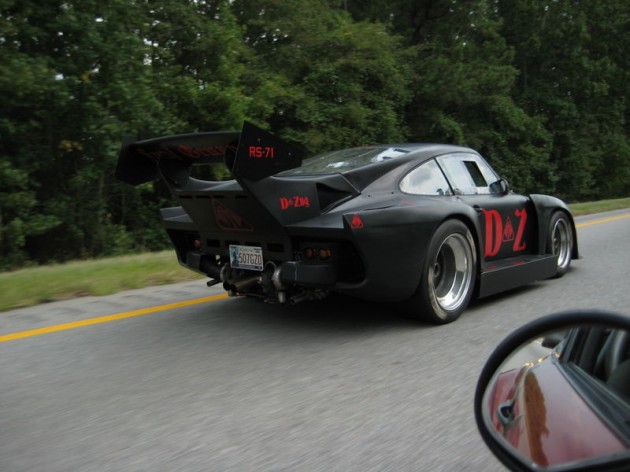 Stealthy not as in under the radar, we’re talking stealthy as in the Stealth jet fighter. This Porsche 935 K3 Blackbird Turbo has been a no-expense-spared project which has been the owner’s living and breathing passion since the beginning.

It features Rebel Racing coilover suspension front and rear, with the rear mounted on the roll cage and raised by 76mm. The front also features spindle-lock hubs raised by 19mm, with a DZug chassis brace and a removable brace at the rear. 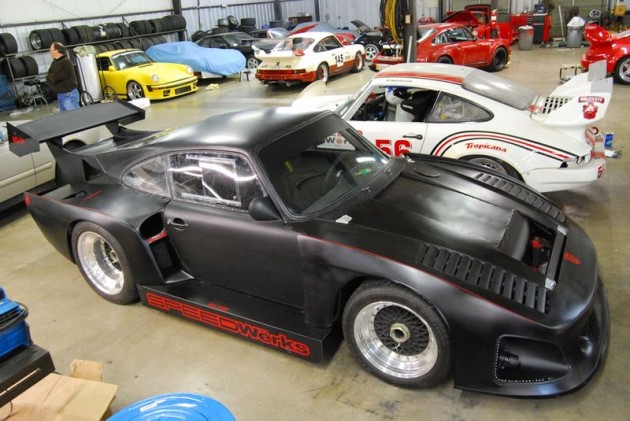 Inside, there’s a Vasek Polak 935 Lollipop tartan racing seat for the driver with the rest stripped out in racer theme. We mentioned fighter jet earlier, the Blackbird replica has roof-mounted switches for the ignition, fuel pumps and cooling fans and the engine ECU. The interior also features a Hargett gear shifter and even an access panel to the transmission. 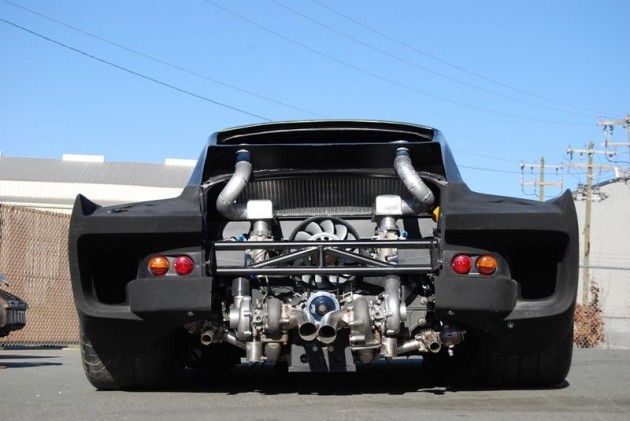 In the engine bay, the Porsche 935 K3 Blackbird Turbo presents an extensive package. The engine started off life as an Andial 3.8-litre flat six and features two T4 hybrid turbochargers with 46mm wastegates. The engine also features Porsche valve springs, a MoTeC M600 engine computer and four wheel sensors, three oil coolers (two in the rear guards and one at the front), and a custom intercooler.

According to the original pelicanparts forum where the 935 K3 was advertised, the engine is good for 473kW (634hp) at the wheels running on 14.5psi with a previous EMS engine computer system. The engine is now built for 23psi with the MoTec – this is one insane Porsche.

For anyone may not know, the Porsche 935 K3 is a special racing Porsche based on the 911. Porsche raced these ‘Batmobile’ style 911s at Le Mans and various FIA World Championship series events around the world. Like the race cars, this Porsche 935 K3 Blackbird Turbo replica for sales features an epic, dramatic body which extends well beyond the factory Porsche 911 layount, in width and length and every panel edge.

Take a moment and browse through some of the build process images bellow. The owner says to have something like this built it would cost around US$180,000. This version, which does have some minor wrinkles that need ironing out, is for sale at just US$45,000. Check below for the specifications.

(according to the original pelicanparts forum advertisement):