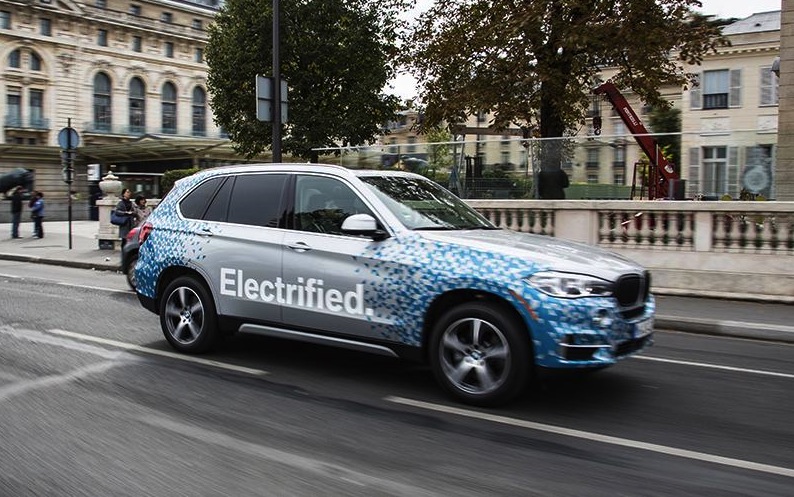 BMW has been spotted out and about in a special hybrid prototype version of the X5 SUV, derived from the X5 Concept eDrive. It was seen touring the streets in Paris, France. 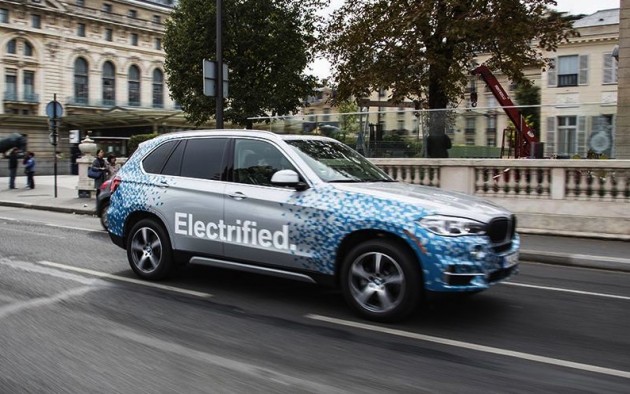 The German company is planning to launch an all-new hybrid version of the X5 next year. It’s understood it will use a 2.0-litre TwinPower turbo four-cylinder engine producing 180kW, paired with a 70kW electric motor.

Overall output is set to peak at 200kW, combined, which would make it almost as powerful as the current X5 xDrive35i (225kW). Acceleration from 0-100km/h will take less than 7.0 seconds, also making it a reasonably quick large SUV.

Images of this prototype surfaced via the BMW X5 Facebook page and the BMW Blog website. It shows a relatively standard-looking X5 albeit dressed in rather obvious decals with ‘electrified’ written down the sides.

The eventual production version will be the company’s first X5 hybrid model. It’s set to come with three driving modes; Intelligent Hybrid, Pure Electric, and Save Battery. Each provide drivers will the opportunity to either use zero petrol or save the battery and instead rely on the petrol engine.

Production for the new variant will kick off next year at the company’s Spartanburg plant in the US. 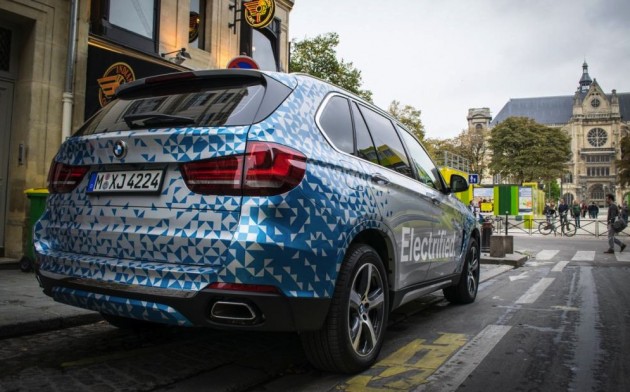