Volvo has revealed the new-look 2014 Volvo S60, V60, and XC60 SUV facelift ahead of their Geneva Motor Show debut next month. All based on the same platform, the updated models showcase more mature styling, better fuel economy, and some interior tweaks. 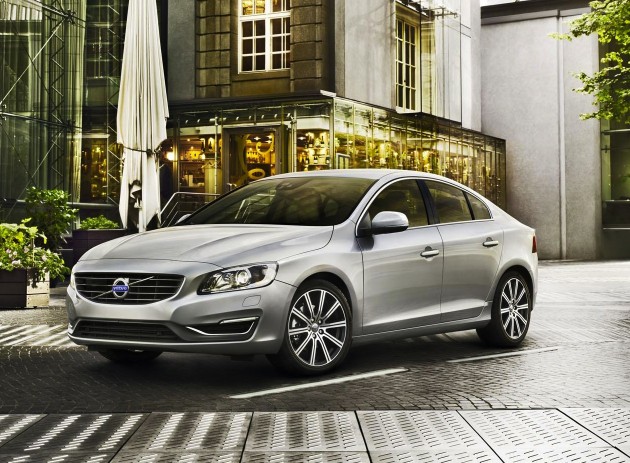 Taking on a more mature design character than the outgoing version, the updated S60/v60 sees the introduction of a new, wider front grille, less complex and more rectangular headlight designs that are now a single unit, as well as a wider less pointed lower grille section with horizontal lines.

At the back, some styling tweaks have been made, with revised taillights, new rectangular exhaust outlets which give the car a more serious and aggressive look, as well as some minor contour changes to the rear bumper bar. 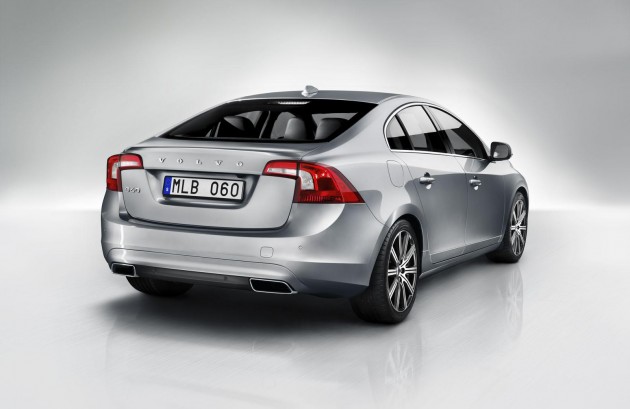 As for the XC60 SUV, it also receives some mild styling tweaks, with a similarly grown up front end and new grille, more conservative headlights, and new vertically presented LEDs in the front corners.

Under the bonnet, the same engines will remain in place, however, they have been modified and tweaked to offer greater fuel economy. Australian specifications and changes are yet to be announced. 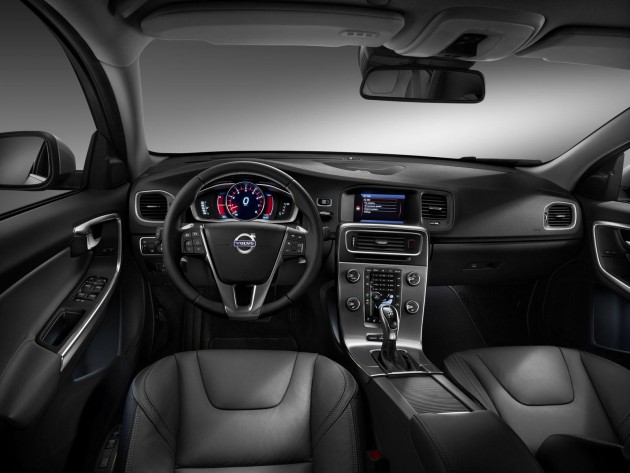 In terms of technology, the new range will come with Volvo’s new Sensus Connected Touch interface which offers internet browsing functions via a 4G network connection. The system is operated through a new seven-inch LCD unit.

Other new features include Cross Traffic Alert, first introduced in the 2013 Volvo V40, as well as a new high-tech digital instrument cluster, again, like the V40, as well as updated safety systems such as road sign recognition, City Safety, and Pedestrian Detection. It’s unknown at this stage if the pedestrian airbag will become available on the ’60’ range –  a technology that also debuted on the V40.

The new models are set to go on sale in Australia towards the end of this year. Prices and local specifications are expected to be announced during the second half of 2013.