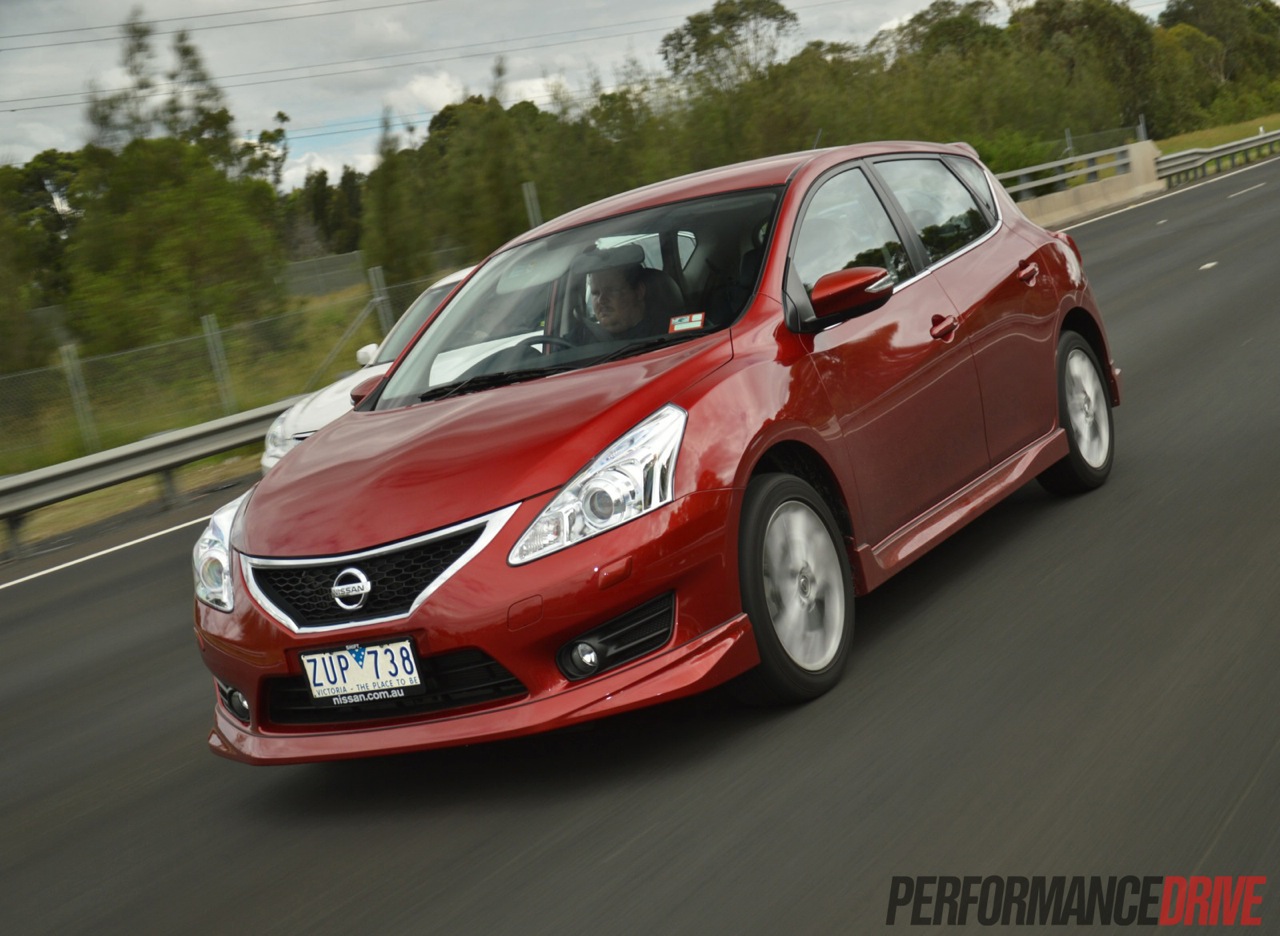 After a 13-year automotive hiatus, the famous Nissan Pulsar SSS is back in Australian showrooms. The new version aims to strike a balance between a hot hatch and a practical everyday cruiser. The big question is, is it worthy of carrying on the legacy of its dearly missed predecessor? 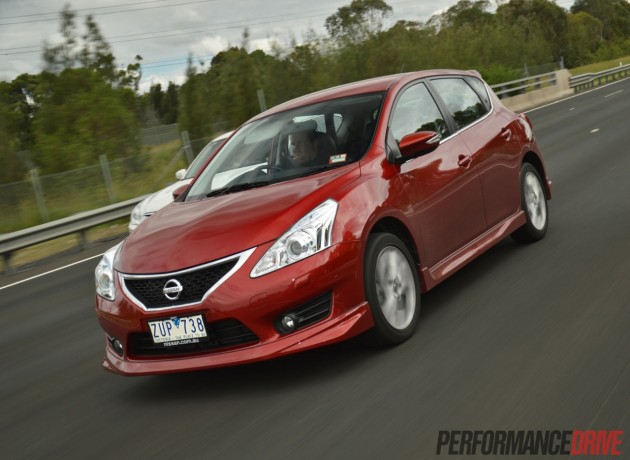 The Pulsar has been missing from Nissan showrooms in Australia since 2005. From 2005 to 2013 the closest thing to a Pulsar was the Tiida, and it never felt the same. The new Pulsar was introduced in the middle of last year and thankfully its renaissance also meant the return of the SSS.

The new SSS features Nissan’s MR16 DDT 1.6-litre turbocharged engine, churning out 140kW of power and 240Nm of torque. The numbers aren’t quite as impressive as some of the other more established ‘hot hatches’ on the market, but they are higher than those offered in some of the other, similarly priced ‘warm hatches’ such as the Holden Cruze SRi-V (132kW), Hyundai i30 SR (129kW), and Mazda3 SP25 (138kW).

Prices for the SSS start at $29,790 for the manual (as tested) and $31,740 for the automatic CVT option, which places it neatly in the middle of the warm hatch market segment. 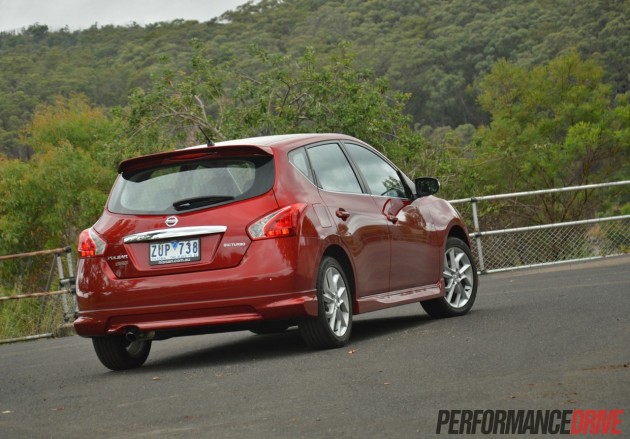 From the outside looking in, the SSS has a large profile backed by a big interior. The exterior design follows many of the styling cues from its Nissan stablemates, with sharp panel contours, pointed headlights and taillights, an inverted grille, all garnished with a sporty bodykit and skirts.

The interior is practical but by no stretch luxurious. Nissan has used a lot of grey, with the dash, doors and centre console all featuring a rather mono-tone shade. Silver accents with nice touches of chrome on the door handles and the dash give it some contrast.

As Nissan promotes, ‘more’, it is filled with loads of conveniences, including sat-nav, a rear parking camera, iPod connectivity, Bluetooth, dual-zone climate control, keyless entry with push-button start, and a host of safety technologies gaining it a five-star ANCAP rating.

Strangely, despite a rear camera there are no parking sensors. Sensors are commonly standard in most new small cars these days.

The handbrake is in a strange position on the left of the centre console, next to the cupholders. Even though the lever is just a few inches left from where it would be in other cars, the position feels a bit awkward and the passenger has to reach over to grab his or her drink.

Seeing an ashtray and cigarette lighter in the centre console is a surprise, considering it’s something we rarely see in new cars.

Nissan has really hit home with the SSS theme, stitching the letters into the floor mats, while chrome scuff panels with the word Pulsar are also a nice touch.

The leather seats are comfortable but aren’t very bolstered, making it feel more like a family car than a sporty driver. The back seats offer plenty of legroom that could take on a couple of big blokes with good comfort. The boot is spacious, offering 510 litres with the back seat up. There’s no doubt, it is one of the bigger cabins in this segment.

All that extra cabin space has given the Pulsar a chunky look on the outside. The body dwarfs the 17-inch alloy wheels and the guards sit well above the top of the tyre. Lowering the suspension could improve the overall look.

The SSS model is separated from its regular counterparts with a sports bodykit, including front and rear spoilers and side skirts. The dusk-sensing Xenon headlights are a cool unique feature too and make it stand out at night time with a prestige look. 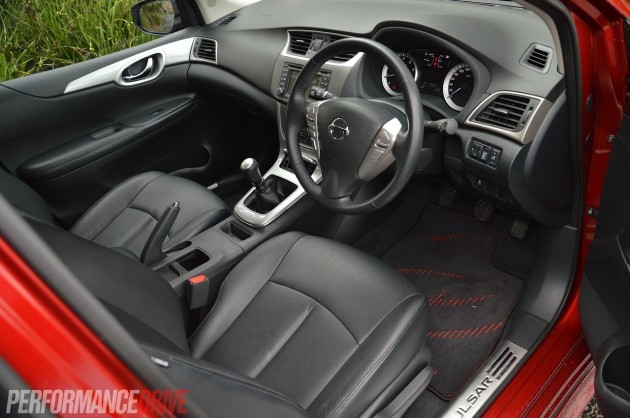 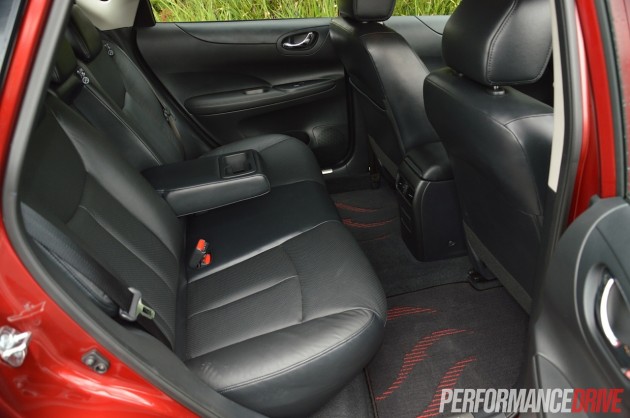 The SSS model’s direct injected 1.6-litre turbocharged engine packs quite a punch, producing 140kW and 250Nm to really get it moving. The added kick of the turbocharger cuts in nice and early, getting you off the line quickly and smoothly. We timed 0-100km/h in 7.3 seconds.

The engine’s combustion pattern is a bit different from a conventional engine, using stratified combustion on startup and homogenous combustion the rest of the time. This means fuel is injected into each cylinder before ignition and allows for higher compression ratios. In this case, the engine has a 9.5:1 compression – quite high for a forced induction unit.

The engine employs a range of cool materials to reduce weight and friction, including diamond-like coating for the valve lifters and low tension piston rings with a hard ceramic chromium nitrade coating. All of this work has resulted in a polished engine package. It feels powerful and builds speed from low revs, and enjoys being rung right out to redline.

The engine produces plenty of torque at low revs, enough to comfortably move through a tight corner in third gear without losing any momentum. It certainly doesn’t feel like a 1.6. Even driving through roundabouts in fourth gear is possible for those with a lazy clutch foot.

The best way to drive the Pulsar is with the windows down, because the whoosh of that little turbo is fantastic. Revving the engine right out to the redline makes the single-scroll unit scream, taking over the exhaust note in the process.

We managed an average of 10.2L/100km in fuel consumption in the week we had the car, which is well above Nissan’s official combined figure of 7.7L/100km. The poor fuel consumption stems from the strangely high revs in sixth gear, sitting at around 3000rpm when cruising at 110km/h. 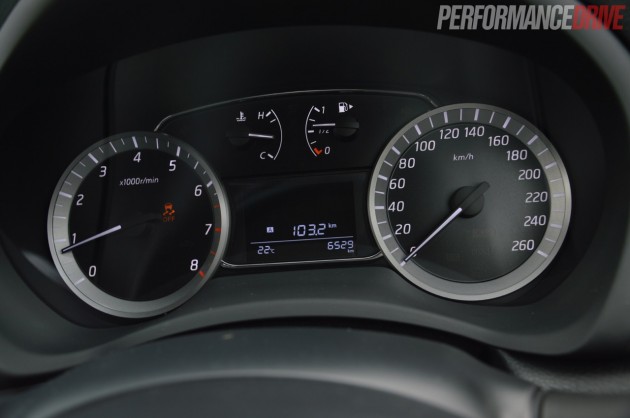 Switching off the traction control turns the Pulsar into a tyre-torturing beast. It also allows the revs to build and the power to come on more strongly. Flat out around corners does result in plenty of inside wheelspin. We think the car would be a lot quicker cross country if it came with a more comprehensive differential such as a limited-slip setup.

Although plenty of attention was paid to the engine, the gearbox is a bit of a letdown in our opinion. It’s reliable and always slots home in the gear you want but it doesn’t feel as sporty or as tight as the engine powering it.

On highways and rough surfaces the Pulsar is a pleasure to drive thanks to a comfortable suspension setting. It incorporates a basic MacPherson strut setup in the front and torsion beam in the rear.

The downfall of this comfort is a lack of body control through the twisty stuff. It does tend to lurch from side to side when thrown heavily into corners and only regains stability when put back on a straight path. Body roll is quite evident.

The brakes are more than up to the task of daily driving but there is some pedal drop and softening feel under heavy use. There’s plenty of meat at the start of the depression range during mild to intermediate performance driving sessions. 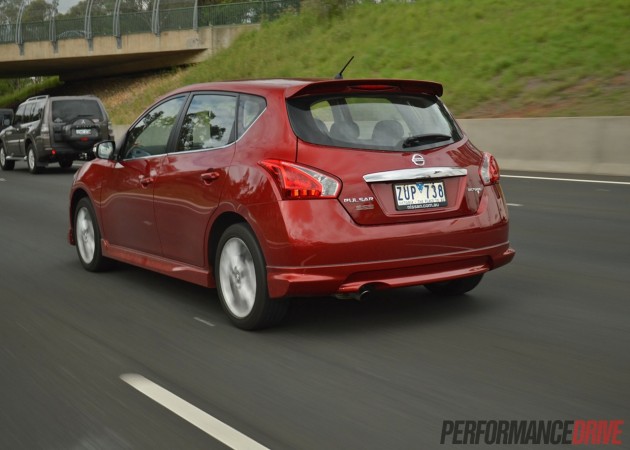 Packing a mighty punch, the Nissan Pulsar SSS is a terrific return of the famous sports hatch. It might not be the most powerful hot hatch money can buy but it is a fast and fun warm hatch.

With tweaks to the suspension and driveline setup Nissan could extract even more from the SSS. However, it’s important to remember the SSS isn’t competing with genuine hot hatches; this is a sports hatch and it is priced accordingly.

It’s a great little car that suits a range of purposes, and it has the potential to match it with some of the segment’s heavy hitters. Especially with that sub-$30k price tag.

CONS:
– Lack of body control
– Interior is a bit dull 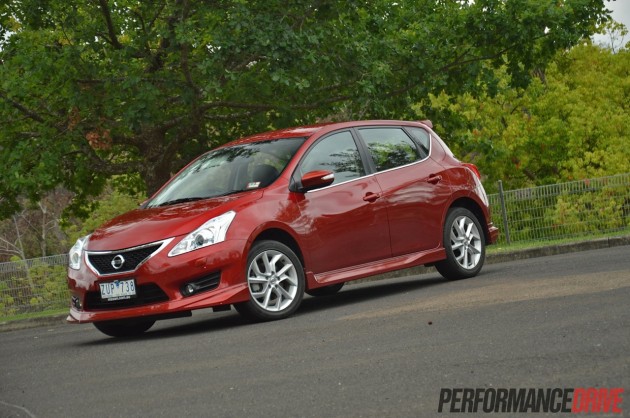