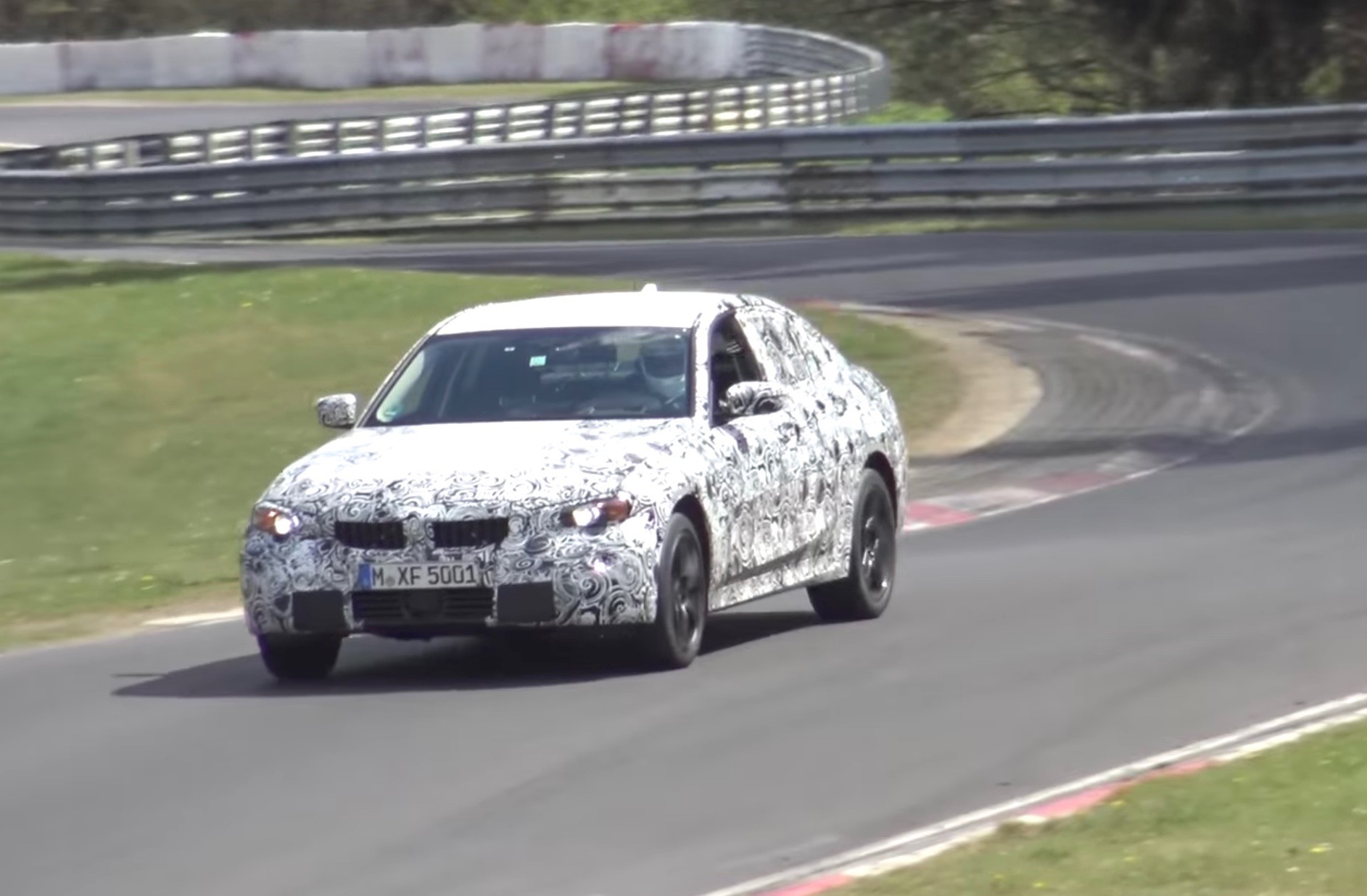 BMW has been spotted testing the G20, 2018 3 Series out on the Nurburgring again, and this time it looks like engineers are honing a hybrid or electric system. 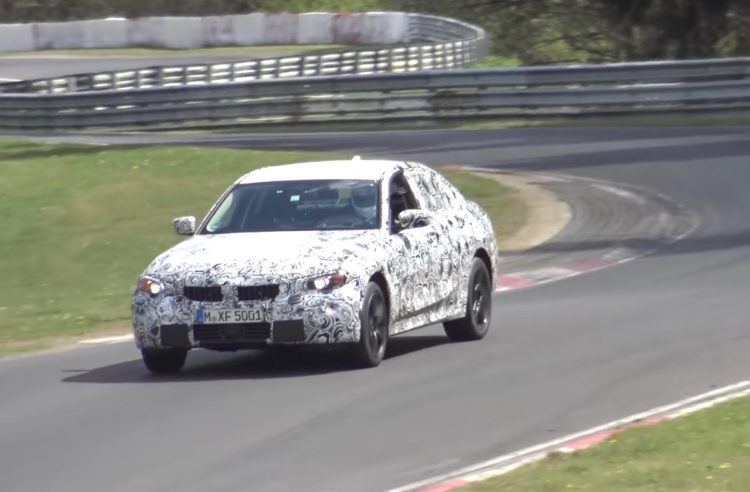 The prototype sounds suspiciously quiet out on the Nurburgring, and the Nurburgring is located in a very peaceful area in the hills in west Germany. All we can hear are the tyres roaring and screeching as the driver pushes the 3 Series hard around corners.

As far as we know, the G20 3 Series will come with a range of new powerplants, including M Performance units potentially in the name of an M340i, along with diesel options and of course eco-focused variants falling under the iPerformance sub-brand.

We believe this prototype is the latter. In the current showroom BMW offers the 330e, which pairs a 135kW 2.0-litre turbo four-cylinder with an electric motor system for a combined output of 185kW and 420Nm. It can cover 0-100km/h in 6.1 seconds.

BMW engineers might be testing an even more electric-focused model that can run on electric power alone for longer. The 330e offers an electric range of only 37km. Could this prototype be a fully electric model but with a petrol range-extender like in the i3? Given the fact it is making hardly any engine noise, we’d say it could be on the cards.

The next 3 Series will be looking to reset the class benchmarks once again in terms of driving dynamics and enjoyment. And it’s understood BMW will be relying on the CLAR platform to help the mid-sizer keep weight to an absolute minimum to help with this. This new platform infuses plenty of high-strength aluminium and magnesium, and even carbon fibre in the case of the latest 7 Series.

As for the design, we can probably turn to the latest G30 5 Series for some clues. There will likely be a revised front end with a more pronounced upper grille area, lower profile headlights, and a higher overall belt line. Cabin space is also likely to grow slightly.

More details are expected later in the year, with a public reveal taking place within the next 12 months. Check out the video below by Automotive Mike for a preview.