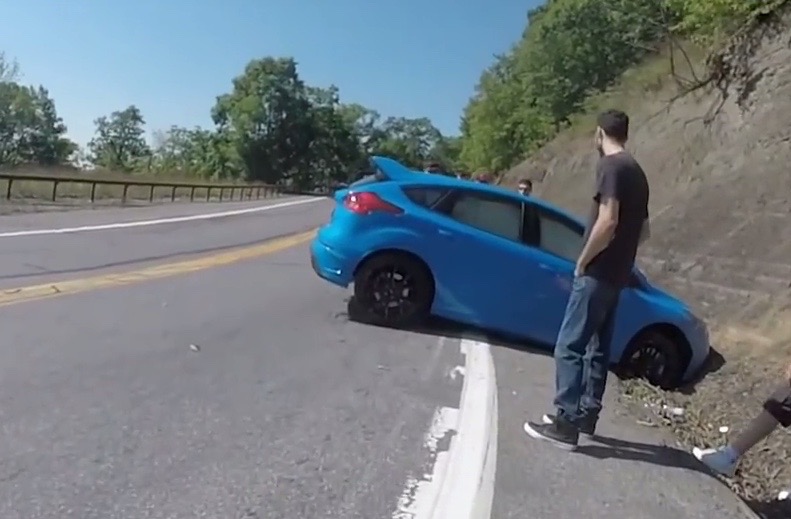 Ford’s Drift Mode feature on the new Focus RS has drawn universal praise from most media outlets and consternation from our alarmist pedestrian council and mainstream media. 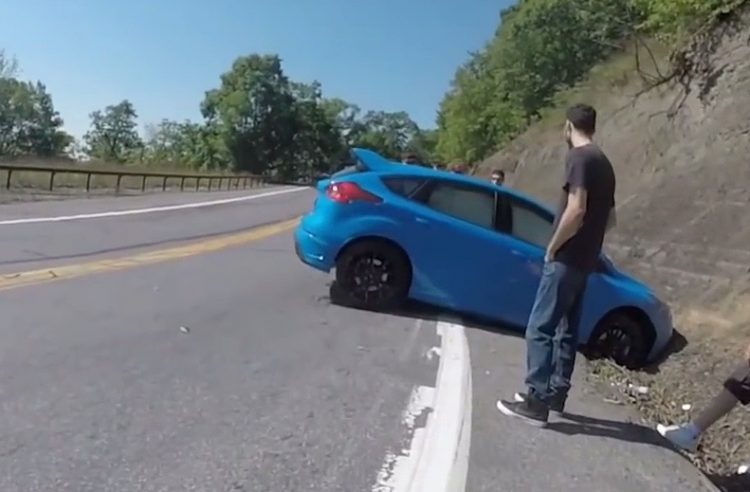 Ford warns this feature should only be used on a racetrack. It uses all-wheel drive trickery and its GKN rear axle to initiate a progressive slide and softens the suspension system to make it more forgiving and easier to catch a slide.

Despite its supposed user-friendliness, 257kW and 440Nm is always going to be a lot to master. It’s always a good idea with a performance car to slowly explore its capabilities before testing its upper limits.

Unfortunately for this now ex New York ST club member, he was filmed overcooking it on the apex, taking too wide of an angle and ended up binning it against a hard wall, where it almost rolled over.

He was subsequently banned from the club and not only does he now have a damaged car, but also the humiliation of being strewn all over YouTube as well.

He’s only human and everyone makes mistakes, but here in Australia the Focus RS media outrage seems to have died down, so we pray this video doesn’t get in the hands of Harold Scruby, lest it rekindle that facepalm-inducing saga.