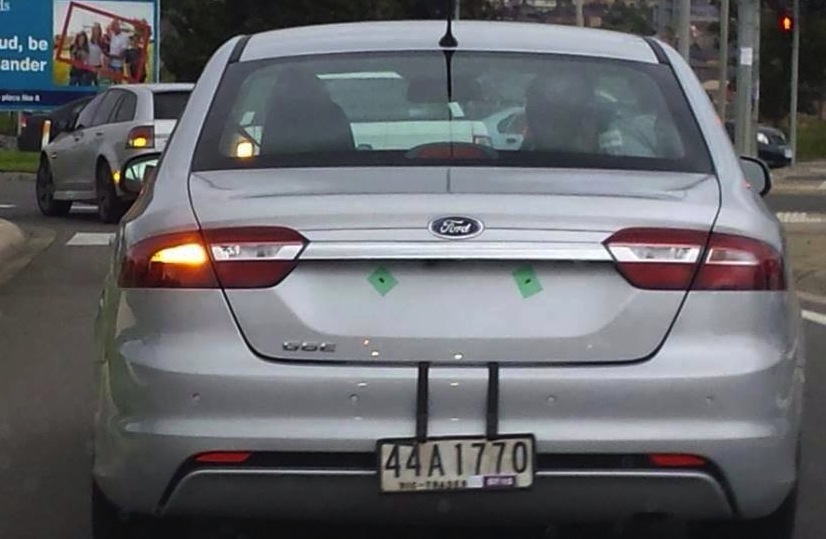 An image showing the rear end of the 2015 Ford Falcon G6E has surfaced online, following the official front-end photos released by Ford last week and yesterday. This is the very first glimpse of the new rear end. 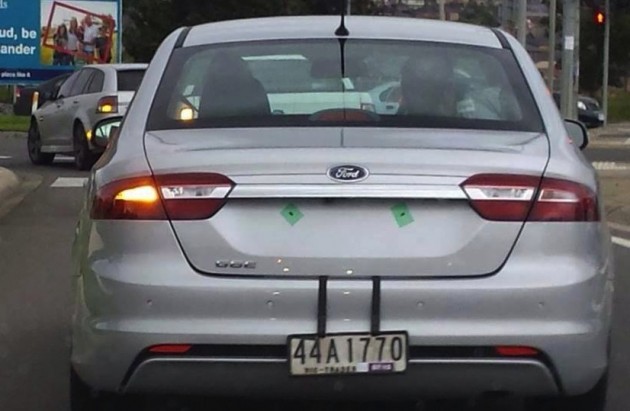 The image has been circulating on social media, and shows a pre-production prototype test driving out on the public streets. It has a factory test number plate hanging from the boot latch.

As you can see, it adopts a very similar design to the latest Mondeo. The taillights are wider and thinner than those on the outgoing model, almost like a Jaguar XF, and they continue on into the boot lid. Meanwhile, a piece of chrome stripping joins the two in an elegant fashion, fittingly in the theme of the G6E model grade.

The boot lid also appears to have a moulded bump or lip in the top edge to give it a sporty look. This is also similar to what is seen on the Mondeo sedan. It’s certainly quite different from the current FG model.

So far Ford has revealed the front ends of the 2015 XR6, XR8, and the G6E. We’re now waiting to see the base models. Additionally, the local arm has shown an image of the front of the new Territory, which isn’t as drastically changed over the outgoing model as the new Falcon.

All new models are set to go on sale in November. Stay tuned for more details.