Even though the new 2013 Volvo V40 R-Design has already been revealed in a leaked brochure image earlier this year, the Swedish company has now made it all official before its public debut at the Paris Motor Show later this month. 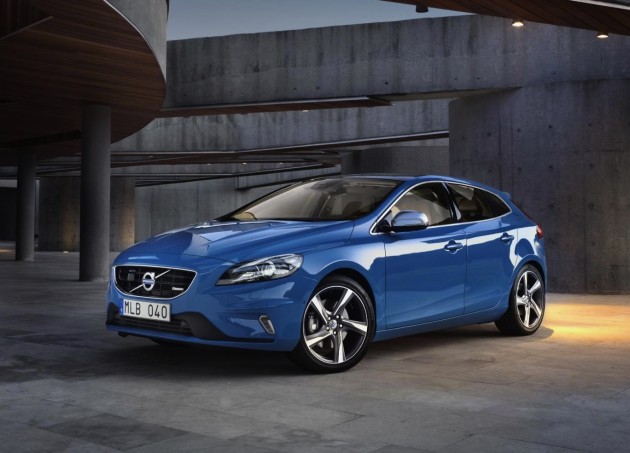 Like with other Volvo models currently on sale, the R-Design package gives vehicles an overall sporty and higher performance theme. This includes body revisions, in the V40’s case, a bespoke two-tone silver and body colour front bumper bar, a chunky rear diffuser, silver and darkened highlights throughout, and all topped off by a set of darkened 17- or 18-inch (optional) alloy wheels. 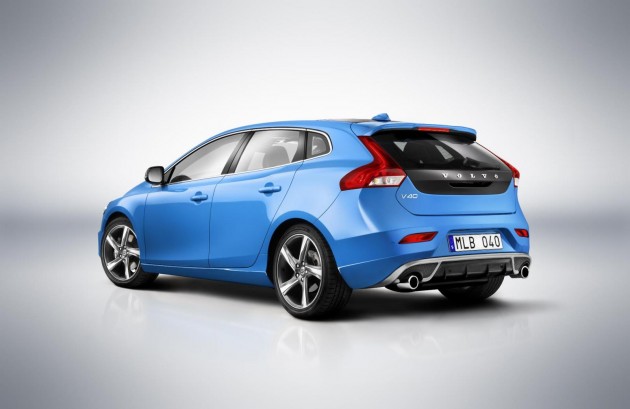 The interior of the new R-Design is packed full of Volvo’s modern crisp styling and materials, along with a new TFT instrument display, special R-Design leather/T-Tec sports seats, and a sports steering wheel and pedals.

You have to admit it is a great-looking piece of work. It will compete with the likes of the upcoming Audi A3, the new Volkswagen Golf Mk7, and the new Mercedes-Benz A-Class in the premium hatch segment next year.

Overseas orders will commence from October this year, while deliveries are scheduled to take place during the start of 2013, at least in Europe. Official Australia details are expected soon.