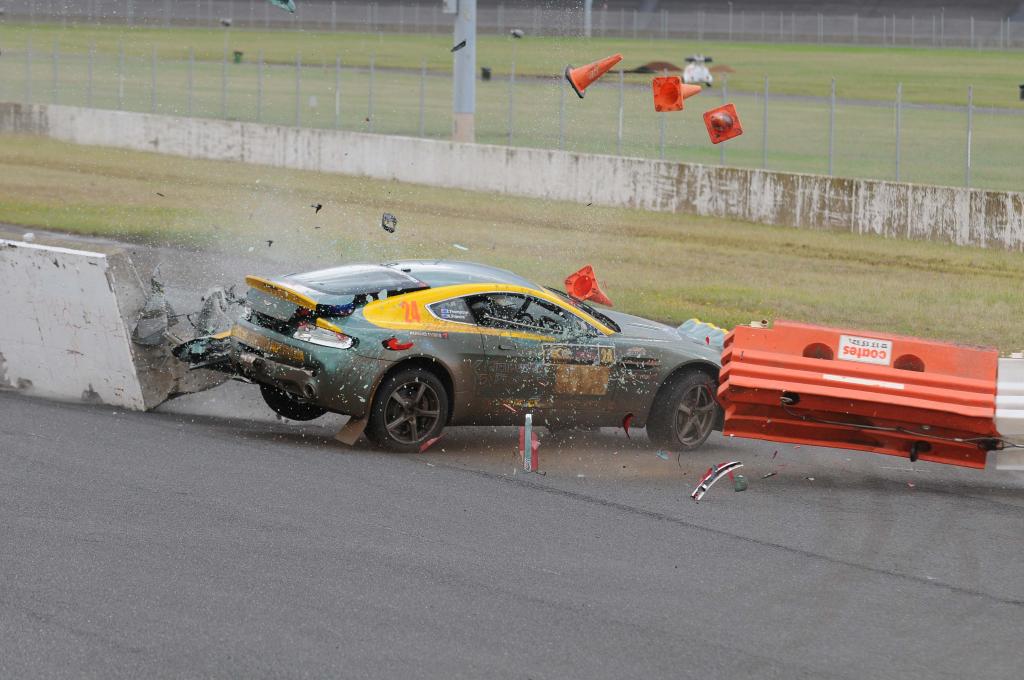 A spectacular Aston Martin V8 Vantage crash has occurred at the Rally Calder today. It destroyed the rear side of the supercar, and well and truly put Tasmanian drivers Ivan Thompson and Karl Francis out for the day’s competition. 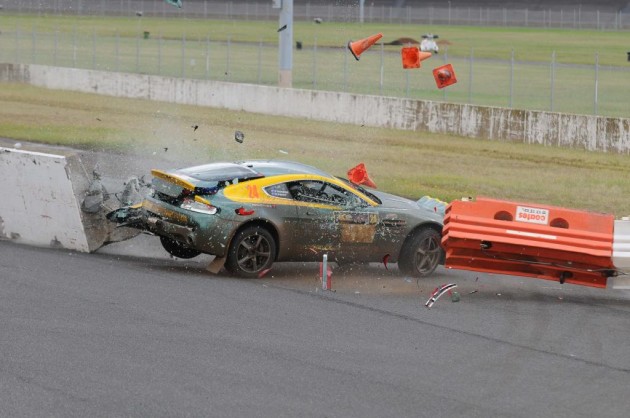 Far from an ideal start, the crash happened on the first stage of day three of the East Coast Bullbars Rally Calder. The half-million-dollar Aston skidded after hitting some wet grass, and then spun backwards smashing into some barriers, including a solid concrete barrier. 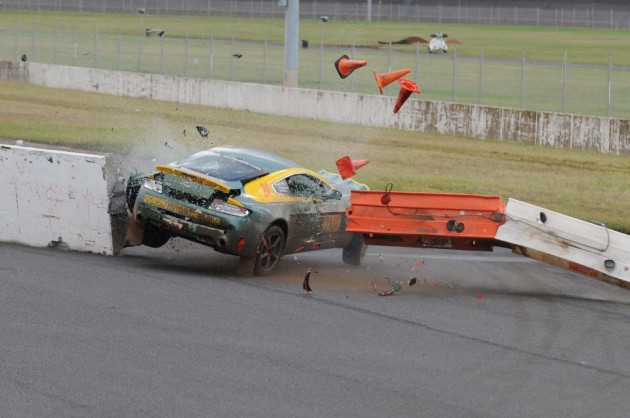 The extent of the impact shattered the rear side window and sent the V8 Vantage airborne momentarily. It is not known if the damage sustained is repairable.

Car owner Dave Thompson is still assessing the car, and if it is repairable, it will run in the remaining stages of the 2012 Bosch Australian Rally Championship.

The Aston Martin V8 Vantage crash has not caused any major injuries, however, co-drive Karl Francis was taken to hospital for x-rays and was found to have a dislocated pelvis. Results have cleared the possibility of neck and spinal injury. Driver Ivan Thompson walked away uninjured.

We’re in the process of tracking down some video footage, although, seeing the crash is likely to make us all cringe as it’s never a pretty sight witnessing the destruction of such a gorgeous car.