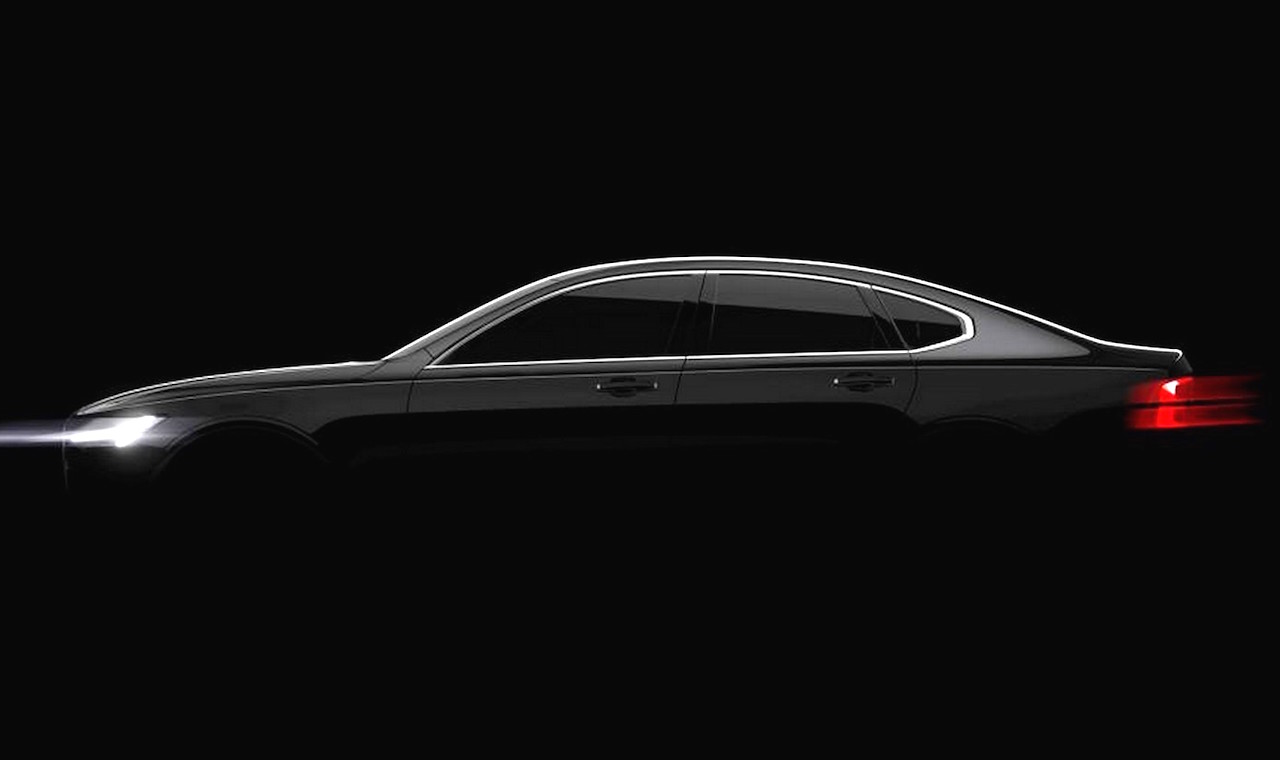 Following a number of scale model leaks showing the exterior of the all-new Volvo S90, the Swedish company has now confirmed it will unveil the large luxury sedan at the Detroit show next year. 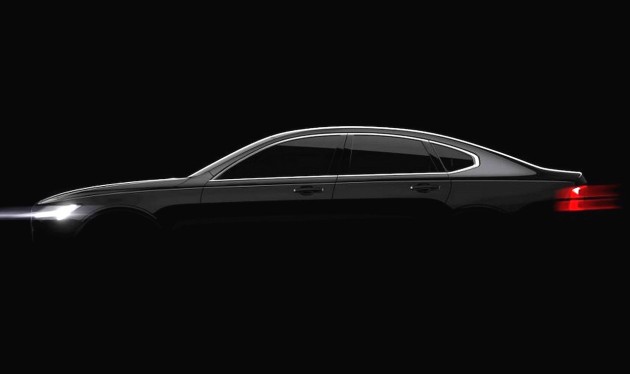 Volvo has released a couple of typical teaser images to go with the news, showing a shadowy side profile of the new model and a distorted view of the taillight. We already have a pretty good idea of what it will look like though thanks to official scale toy versions that have surfaced online in recent months.

At the front will be Volvo’s latest styling theme with Thor hammer-style headlights, also seen on the new XC90 large SUV, as well as an all-new rear end with large C-shaped taillights. A V90 wagon version is also set to arrive, showcasing a sleek, almost shooting brake layout.

The S90 will replace the old S80 large sedan, and, thanks to the adoption of the new SPA platform, it is set to be slightly larger in terms of overall dimensions. Rear legroom in particular is expected to be increased over the S80.

In terms of powertrain options, we can probably turn to the XC90 for some indication on what to expect. All models are likely to feature a 2.0-litre four-cylinder, with the flagship set to come in ‘T8’ form comprising of a 300kW hybrid layout.

It should be quite an interesting model for Volvo, potentially showing off some very advanced technologies considering it will be the new flagship product. All will be revealed at or just before the 2016 North American International Auto Show in Detroit. The event starts on January 11. 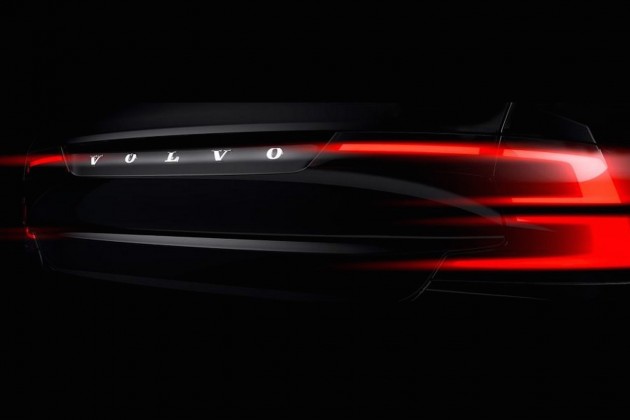