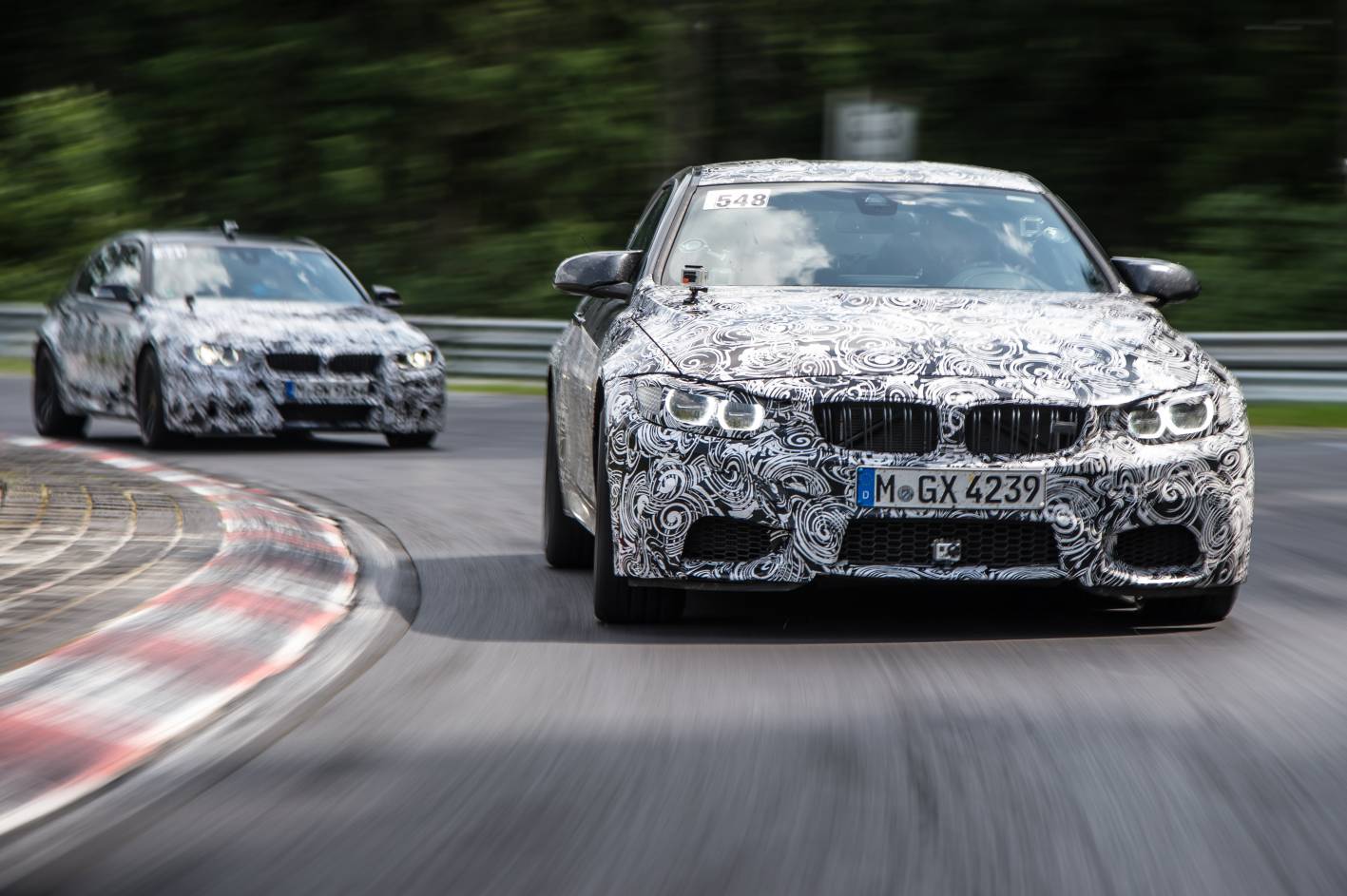 BMW M has finally revealed some specification details of the upcoming 2014 BMW M3 sedan and M4 coupe. Power won’t jump all that much from the current V8 model, however, torque will increase and there will be some weight reduction. 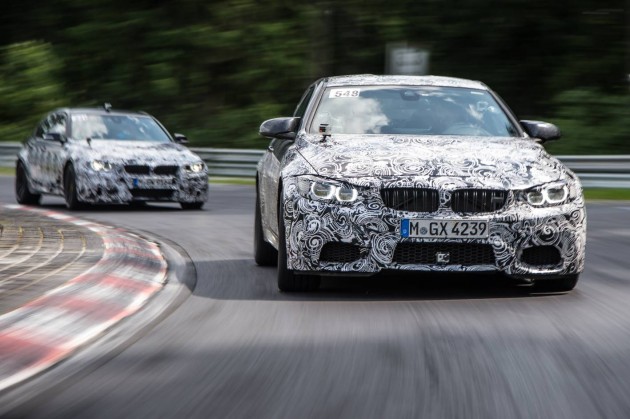 With an “all-embracing lightweight design”, the new M3 and M4 will weigh in just under 1500kg. This will give it a significant performance, economy, and agility advantage over the current models which weigh from 1600kg (and beyond for certain variants).

BMW will apply a number of its latest technologies to keep weight down, with lots of carbon fibre and aluminium expected to make up parts of the car’s construction. Dr Friedrich Nitschke, president of BMW M GmbH, spoke about the M3 heritage, saying,

“Four generations of the BMW M3 have blended motor sport genes and uncompromised everyday usability within an emotionally rich overall concept. The BMW M3 Sedan and BMW M4 Coupe represent an ongoing commitment to this philosophy.”

The new models will be powered by a “high-revving six-cylinder engine” with TwinPower turbocharging technology. Specific production figures are yet to be announced. At this stage, BMW says it will produce approximately 316kW and “far beyond” 500Nm.

Even though power is only bumped up by around 6kW compared with the current model, the reduced weight will play a critical role in ensuring improved overall performance. The increase in torque from the current 400Nm will also contribute to better low-end grunt and quicker acceleration.

With the introduction of turbocharging – a first for an M3 – BMW says fuel economy is improved by around 25 per cent. This means it’ll offer an average rating of around 9.3L/100km (judging by the current M3 Coupe’s official rating of 12.4L/100km).

As you might have predicted, the new version is set to be the quickest and fastest model ever, while also being more efficient and more advanced. It’s also expected to set new standards in the segment, a segment of which was arguably established by the nameplate back in 1985 with the first-gen M3.

The new model will arrive later next year. Click play below to see the latest spy video capturing some of the prototypes out on the Nurburgring in Germany. It sure sounds good to hear a screaming six-cylinder again.