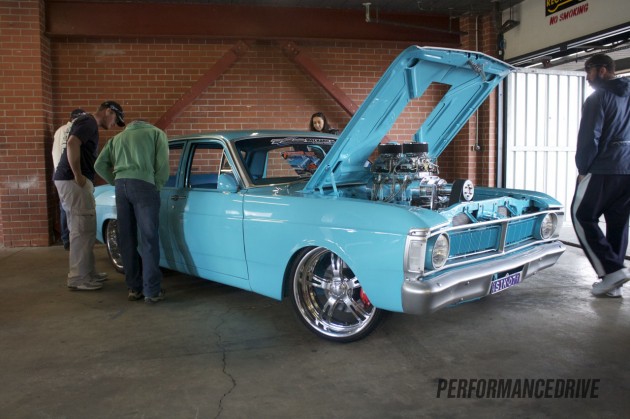 There were around 1200 Fords on display at the event, from immaculately kept original Falcon GTs, to even rarer classics, such as early Ford Cortinas and first-generation Falcons. 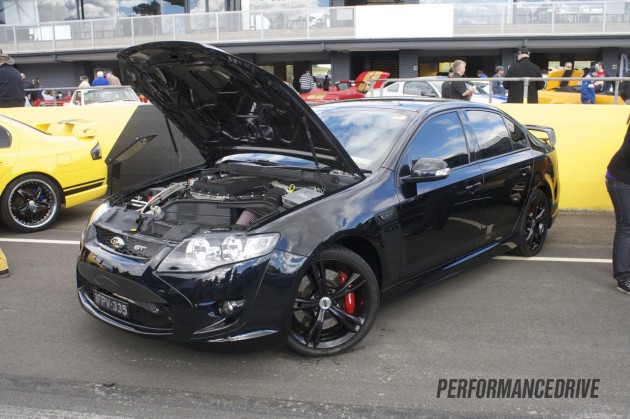 A range of very high performance modern-day Falcons were also on attendance, including one of the 125 limited FPV GT ‘BLACK’ editions which went on sale last year, after a concept was unveiled at the 2011 Australian International Motor Show. 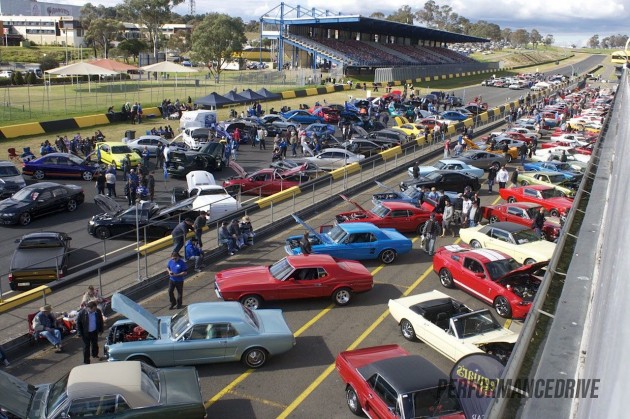 A huge collection of Mustangs occupied the entire pit lane, with early well-kept examples, stunning restored show cars wearing fresh coats of modern pearl paint, and a couple of modern-day GT500s to top it off. 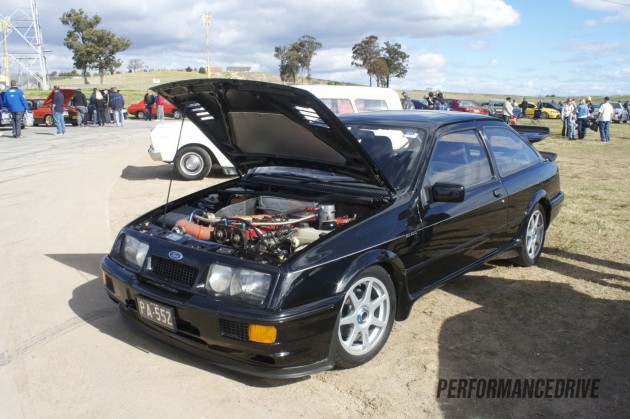 The paddock area showcased plenty of highly modified Fords as well, including a few heavily tuned F6 turbo Falcons, and a few retro British Fords, such as a genuine Ford Sierra RS Cosworth. 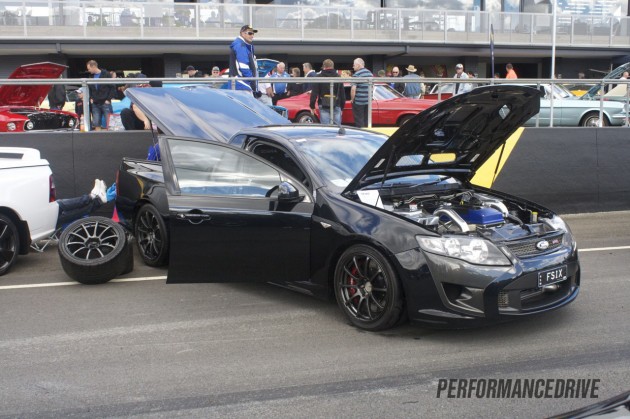 Take a look through the gallery below for a sample of some of the cars.