Images purporting to be of the 2013 Volkswagen Golf Mk7 have been leaked online, less than 24 hours before the new model will be officially revealed. 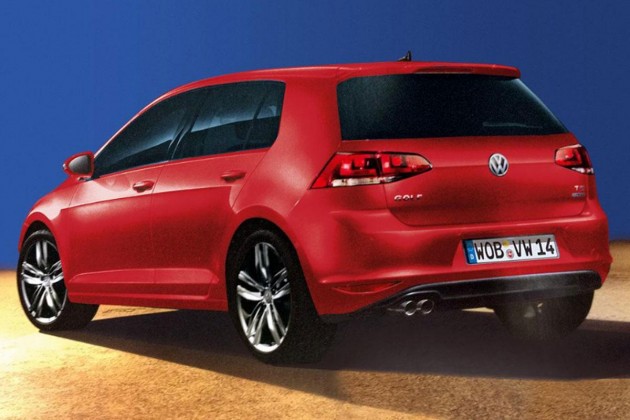 Three images have surfaced online, including one showing the rear end of the new Golf Mk7, and two of the interior. The exterior shot looks somewhat believable, previewing a sharper and slimmer set of taillights and a slightly more sophisticated lower rear bumper bar.

The two interior images seem a bit suspicious. All were first published by Auto Zeitung in Germany but it’s unclear where they came from exactly. It looks like, at least for the interior shots, the images were created digitally, potentially with the help of someone who has seen the new model. 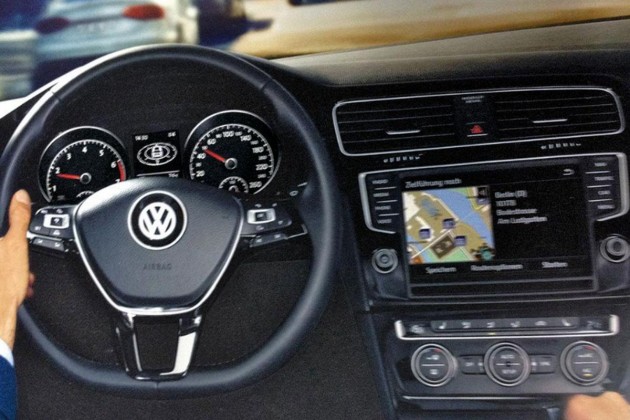 If they do represent the Golf Mk7 interior accurately, we see a large touch-screen interface dominates most of the centre dash fasica real estate. The dash also appears to present a flatter overall design, and angled slightly towards the driver.

As previously reported, the new 2013 Volkswagen Golf Mk7 will feature a host of new technologies and safety advances over the current model (follow the link for the full list). The new model will also be larger, with more interior space and boot space for improved practicality.

Power is set to come from at least one 1.4-litre turbocharged four-cylinder engine producing 103kW. It will come with cylinder-deactivation technology helping it achieve a combined fuel economy rating of just 4.8L/100km.

The new performance Golf GTI Mk7 hot hatch is set to come with a 2.0-litre turbo engine producing around 165kW. More details on the GTI are set to be revealed at the 2012 Paris Motor Show starting September 29.

We’ll be sure to provide full details and images of the new Golf Mk7 as soon as it is revealed within 24 hours. Stay tuned.