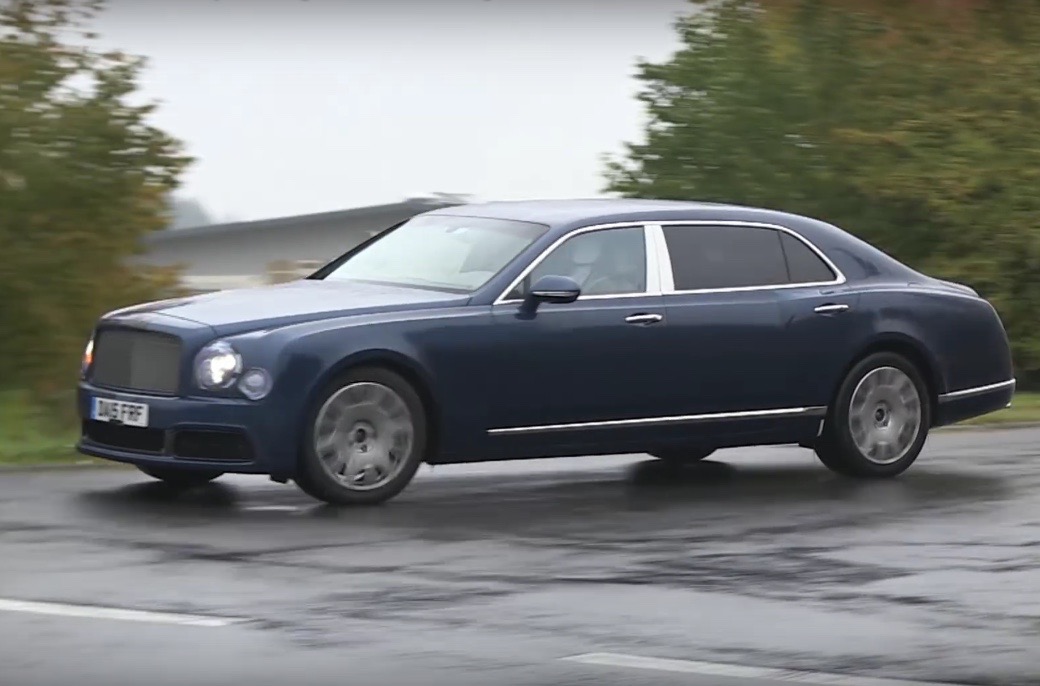 Bentley has been spotted test driving a prototype version of the facelifted MY2017 Mulsanne out on the Nurburgring, of all places. 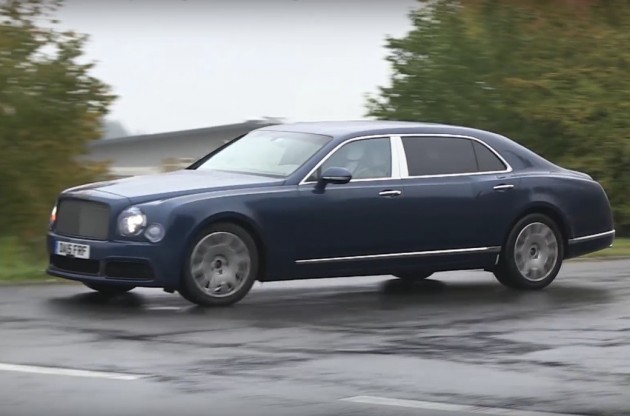 The updated model is set to come with some styling revisions over the current model, and it looks like the company is going to introduce a long wheelbase version for those who enjoy first-class rear seat space.

From what we can tell in the video below, the new Mulsanne is getting an updated front grille which sits wider for a more prominent stance, while the headlights are expected to be updated in terms of design and technology.

Aside from some other minor trimming changes to the sides and rear, and probably a new set of wheel options, the facelift is likely to be quite similar to the current model.

At this stage it’s unknown if Bentley will make any changes to the legendary 6.75-litre twin-turbo V8 under the bonnet. In current ‘Speed’ form, the mighty unit produces 395kW and 1100Nm. Despite weighing 2685kg, the current model can dust off 0-100km/h in just 4.9 seconds.

Perhaps the biggest change to coincide with the update is the long wheelbase option. As you can see in the video there is a prototype Bentley is testing that does appear to use a much longer wheelbase. It’s understood around 200mm could be added in to open up more cabin space for the rear passengers.

The new model is likely to go on sale later this year. Click play below for a preview.