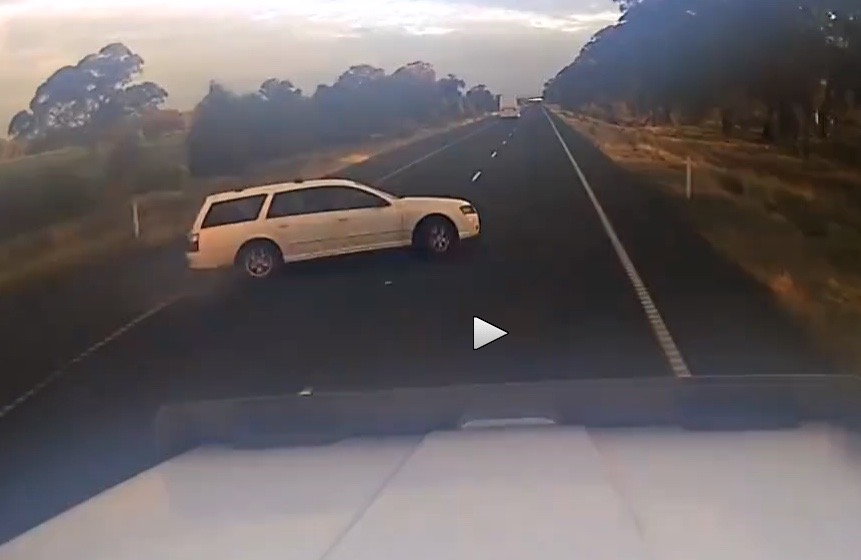 Dashcams have served a number of purposes in the modern motoring landscape. Their widespread adoption has made for plenty of amusing footage on YouTube, particularly when it originates from Russia. But rest assured, Australia is very well represented in this arena as well. 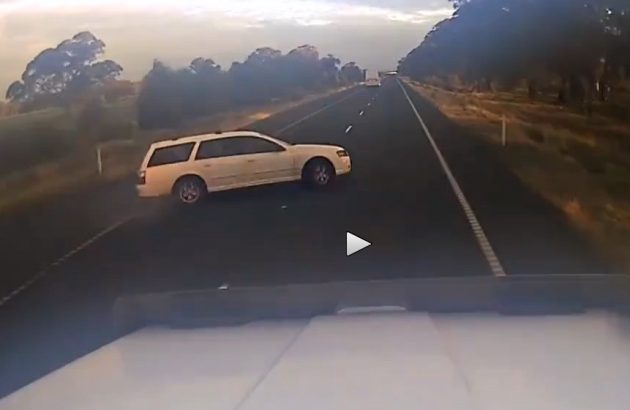 Having a dashcam fitted is invaluable to capture the moment accidents occur, violent incidents or just Darwinian stupidity as it happens daily. It’s then subjected to an unsympathetic internet audience dripping with schadenfreude.

The latest culprit is a white BA or BF Falcon wagon, taken from a B-double truck while the driver is executing an overtaking manoeuvre. Despite only being a two-lane road, the Falcon driver goes up the outside, going onto to the grass, before swerving back onto the road, over-correcting and spinning out completely, narrowly missing a mouthful of metal.

Speaking of mouthful, the truckie is not too fond of the driver, as we can hear from his many swear words, some of which elude the bleeping.

There is one born every minute and even though it takes an extraordinary level of brain fart to get in this situation, the car safety nerd in us notes that the Falcon wagon was never equipped with life-saving stability control like its sedan counterparts – the very feature which would have prevented the car from spinning out in the first place. Nevertheless, he did survive.

Check it out below and try to resist the temptation of a dashcam bender if you can.