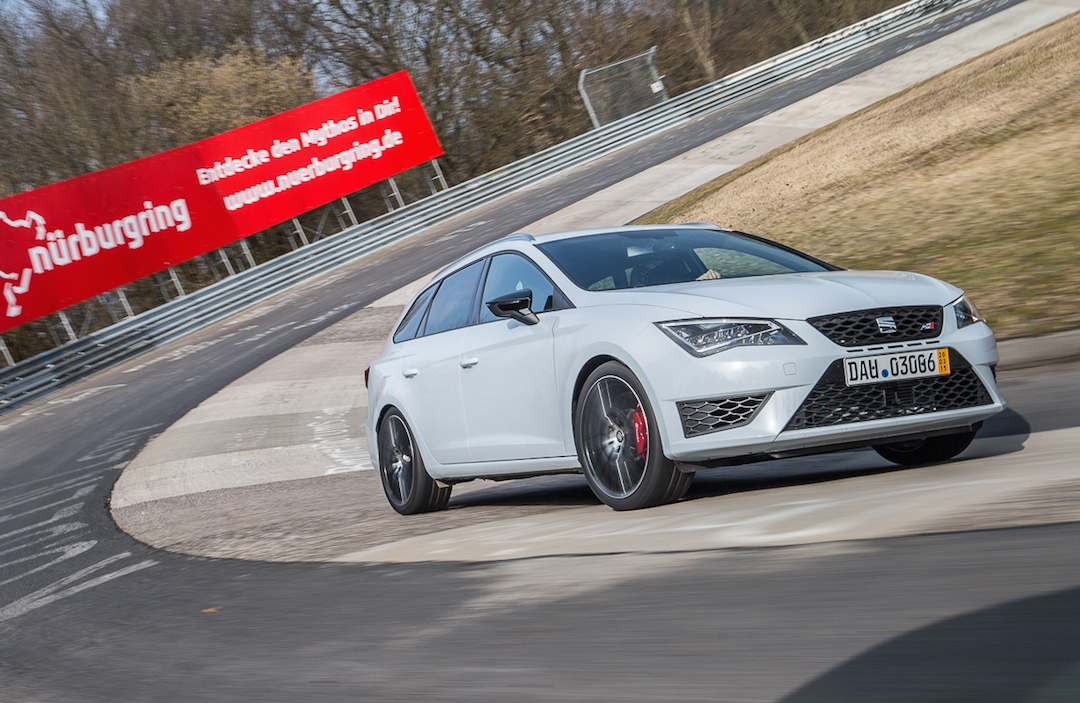 What’s the quickest wagon around the Nurburgring? It turns out the latest SEAT Leon ST Cupra estate is, setting a cracking time of 7:58.12 after its hatchback brother broke the front-wheel drive record last year. 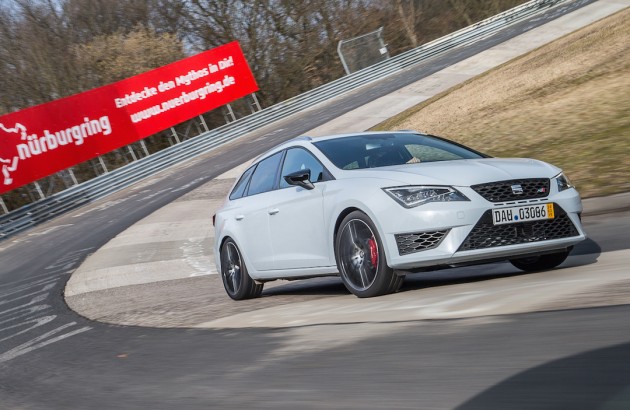 Based on the SEAT Leon Cupra hatch, the new model uses Volkswagen Group’s MQB platform which is also used on the Mk7 Golf. The ST estate car posted a lap time of 7:58.12, making it quicker than the previous FWD record-breaking three-door hatch (7.58.4).

Interestingly, the ST wagon is around 45kg heavier than the three-door yet it still posted a quicker time. Driver Jordi Gene says this is down to the longer wheelbase making the wagon easier to position in the corner, while the aerodynamics are also better with the wagon.

Gene said what it loses exiting corners it gains back in high-speed turns and on the long straights, with a higher top speed. This certainly seems to make a great deal of sense and would obviously translate to measurable gains out on a big circuit like the Nurburgring.

To refresh your memory, the Leon Cupra is powered by a 2.0-litre turbocharged four-cylinder engine producing 206kW and 350Nm. It’s able to conquer 0-100km/h in just 6.1 seconds. See below for SEAT’s somewhat humorous marketing video celebrating the record.