It seems the 2013 Porsche 911 Turbo might jump on the tri-turbo bandwagon, initially kicked off by the BMW M550d and M50d range earlier this week. The Porsche 911 Turbo has in the past only ever come with a twin-turbo setup. 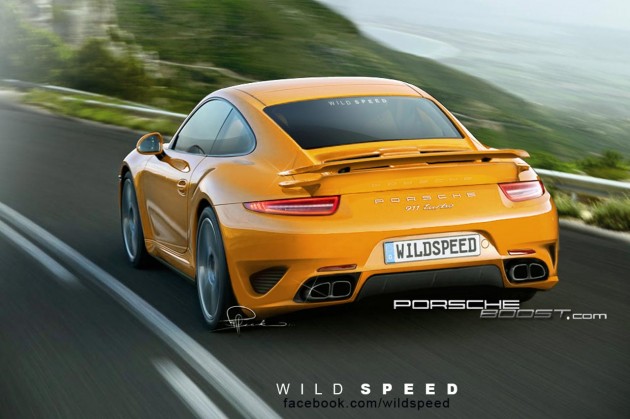 Plans for a tri-turbo system were apparently revealed in a patent application, picked up by Autocar in the UK. According to the report, the system would entail two turbochargers similar to the current layout, and an additional turbo mounted closer to the engine.

The closer turbo would be used to build up instant boost straight off the mark, while the two others will maintain hard acceleration up to the redline. The setup is expected to help the new 911 Turbo produce over 525hp (391kW) – or more than the current 911 Turbo S (390kW).

The Turbo S is then expected to be boosted to over 410kW. The GT2 is expected to adopt the same tri-turbo system further down the track, if these details come to life.

Prototypes of the 911 Turbo have been spotted out and about, and it seems the company is still undergoing testing. The new model will be based on the new 2012 991 Porsche 911 platform, featuring a wider track at the front and particularly at the rear, like the existing model, and will showcase trademark side air intakes just in front of the rear wheels.

The new Porsche 911 Turbo is expected to be unveiled at an international auto show some time during 2013.