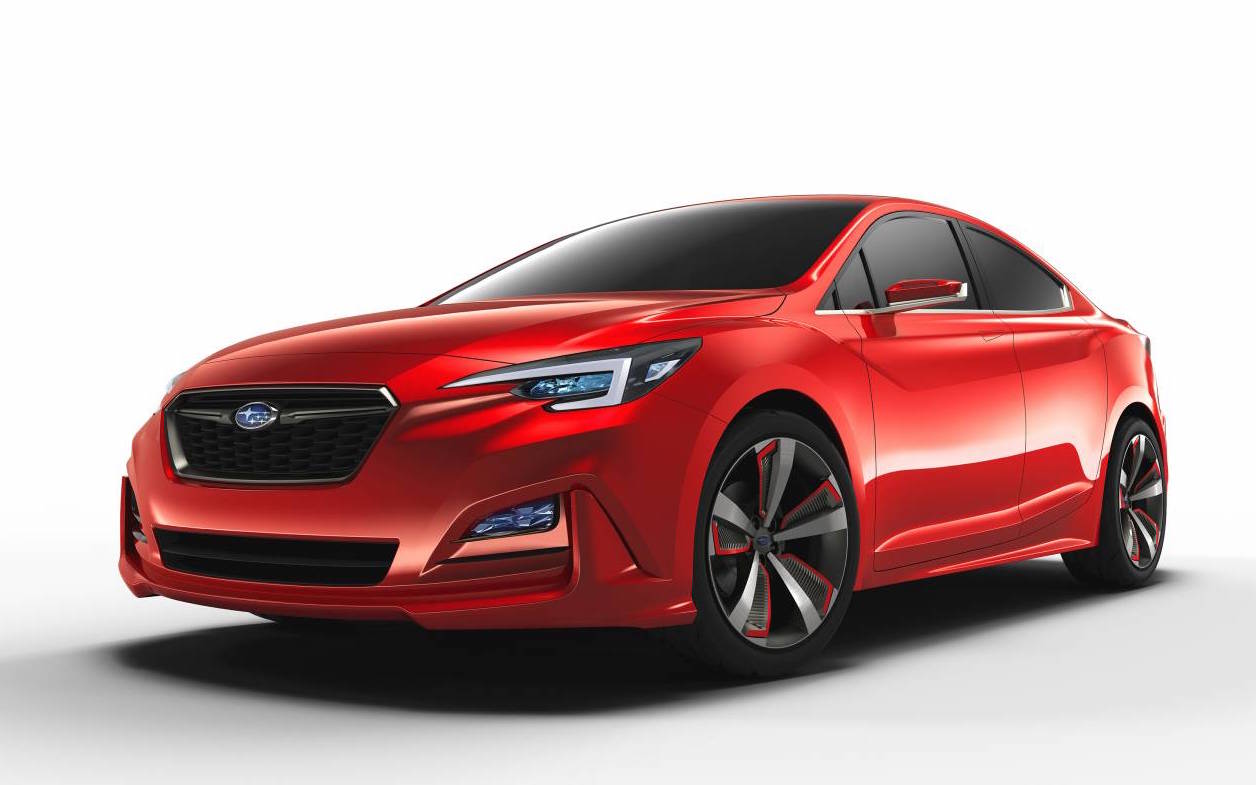 Following up on the Subaru Impreza hatch concept unveiled at the Tokyo Motor Show last month, Subaru has now revealed a sporty sedan version at the LA auto show. 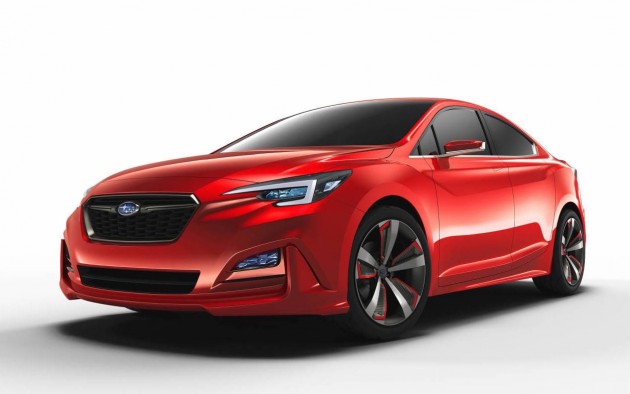 Designed to preview the design direction of the next-generation Impreza small car, the sedan concept showcases a blend of modern and bold expressions, and elements from Subaru’s current styling language.

At the front is an interpretation of the company’s hexagonal grille theme – a shape which every carmaker seems to be adopting these days – but from there things go futuristic. The angular headlights feature C-shaped LEDs, while the lower bumper bar incorporates an integrated spoiler and corner fog light clusters.

From the side you can see designers wanted to focus on a low and wide stance, with a short cabin profile bolstered by accentuated wheel arches. Around at the back are a set of C-shaped taillights matching the headlights, along with an integrated spoiler in the boot lid design.

Subaru says the Impreza sedan concept not only previews the future styling of the Impreza, but also Subaru’s future models in general. Subaru said:

“The sedan previews themes for the next-generation Impreza, which will be the first of Subaru’s next-generation strategic vehicles envisioned in manufacturer Fuji Heavy Industries Mid-Term Management Vision Prominence 2020”. 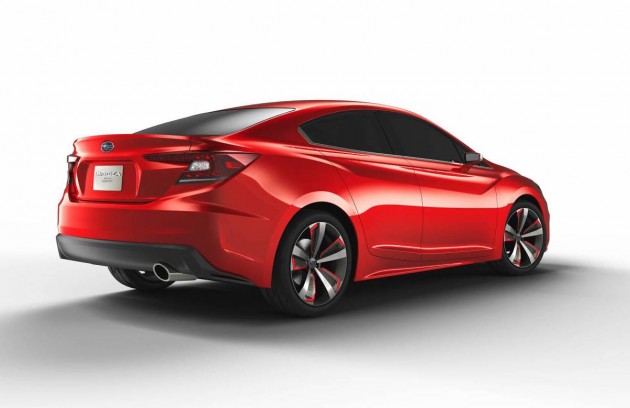 Even though it is only a concept car and it won’t go into production as is, the next-generation Impreza is likely to look quite similar when it arrives in the next year or two. Things like the tiny side mirrors and large alloy wheels probably won’t carry across to the production model.